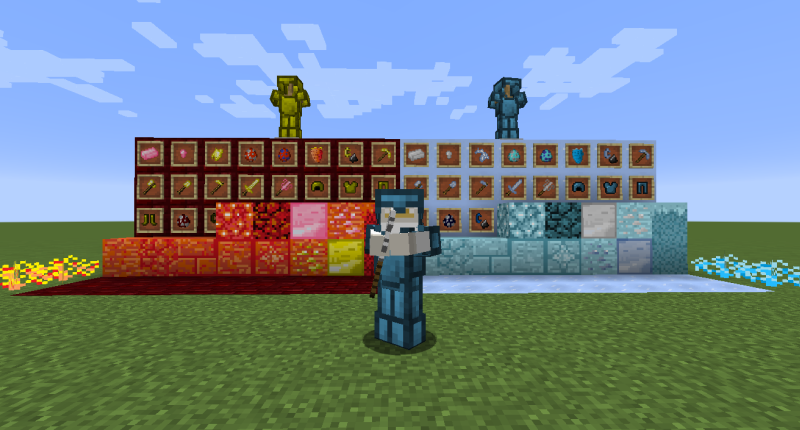 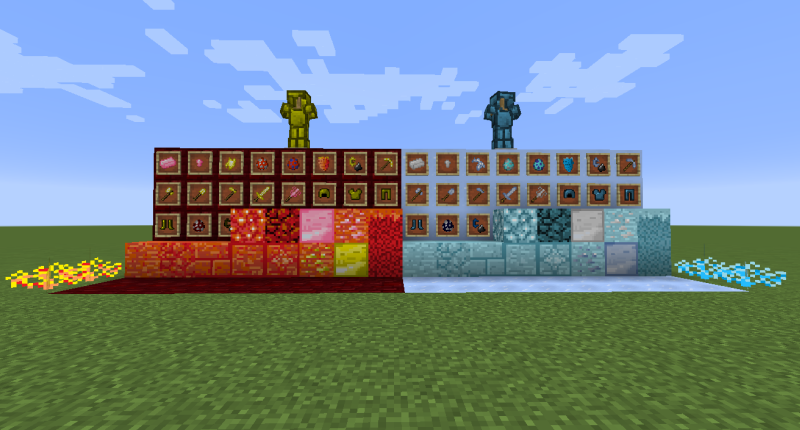 All the Mod Elements 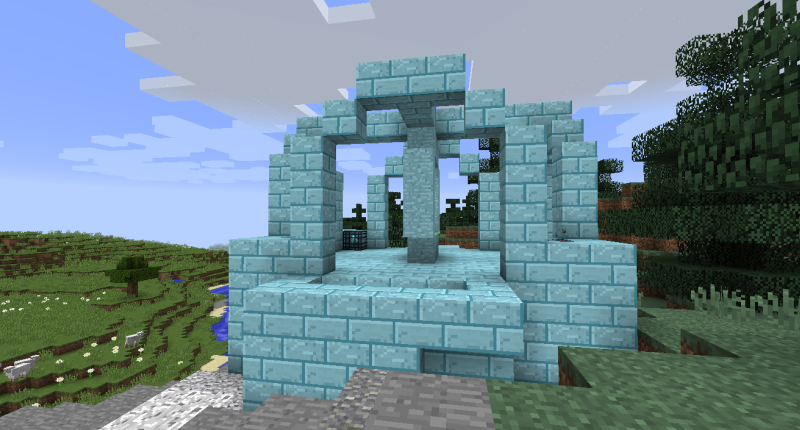 Find the Portals in the Overwold... 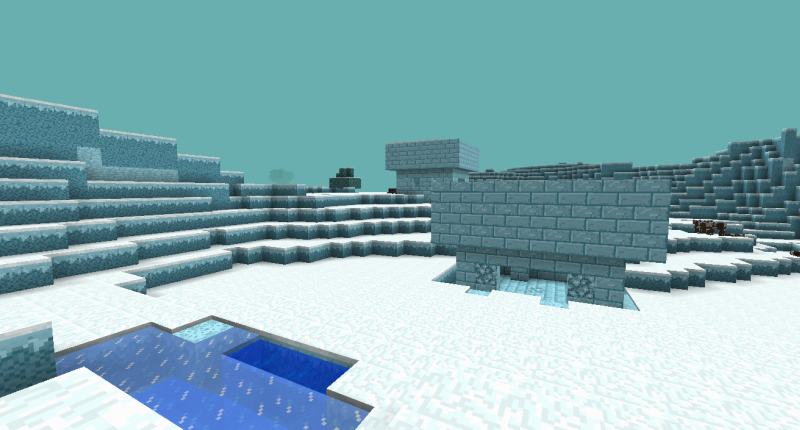 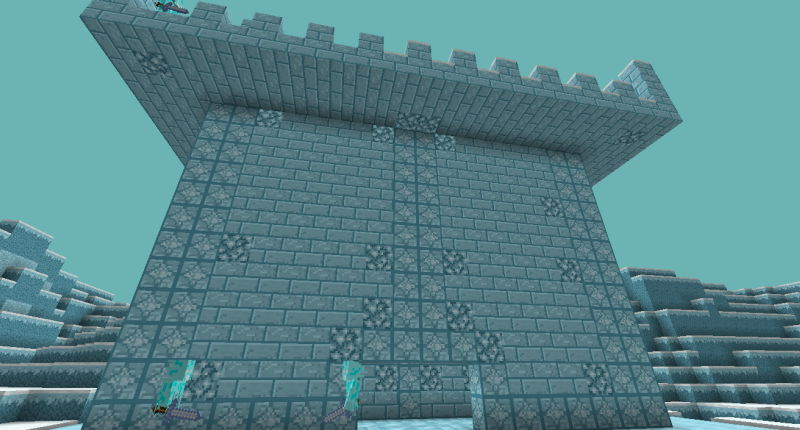 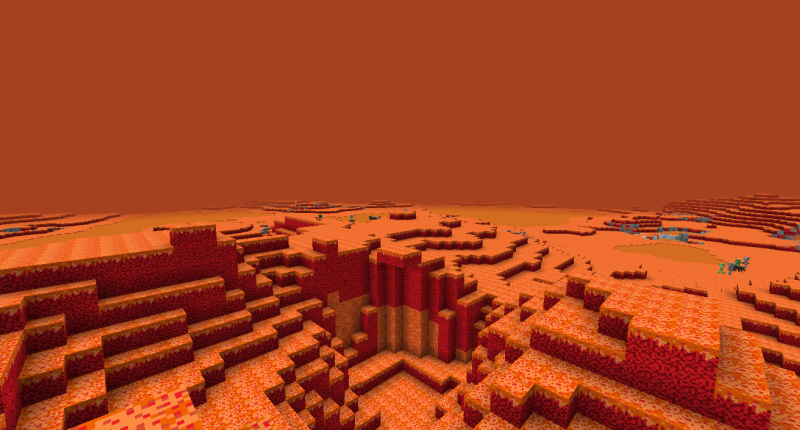 -Added Rocun and Pileace ore (along with ingots, nuggets and blocks)

-Fire and Frost Phantoms now hostile towards Fire/Frost Guardians too

-Changed the terrain type from "Nether" to "Surface", so that ice can normally appear (since it is the frosty dimension)

-Added Bicel Ore, shard and block (currently has no uses)

nice mod! i have a mod called the myst, also themed around ice.

Anything you new you would like to see in a future update?

good mod, (you should upload it to the page of forge) but you could to the dimension of frosty add ice (it seems more logical to me ice than water) you could also translate the mod to spanish (I could do the lang file)

Will consider adding magma rock! I tried to make ice layer form by setting the biome as "icy". Did not work out. But worry not, we will work on that in the next update (tomorrow)!

look, but about me doing the translation file into Spanish, will he want it?

Once it reaches alpha, I might upload it to forge, but not now. The mod is still too small

But again, idk if uploading this mod to the forge page is allowed :(

Cool mod :D
If you add more features to it it could be MOTW

You bet we will! Do you have any suggestions? (we have some already, but we would love to hear your suggestions as well!)

I don't know, maybe you could add more elements (like earth, air, nature, etc.), some sea lantern-like blocks that are fire/ice elemental or new elemental structures for the dimensions (temples, wells, fortresses, villages...) with special loot

Nice suggestions! Actually, villages are planned to be added in a future update! In indev0.3.0, 2 new dimensions await!

Anything you want to see in a future version?