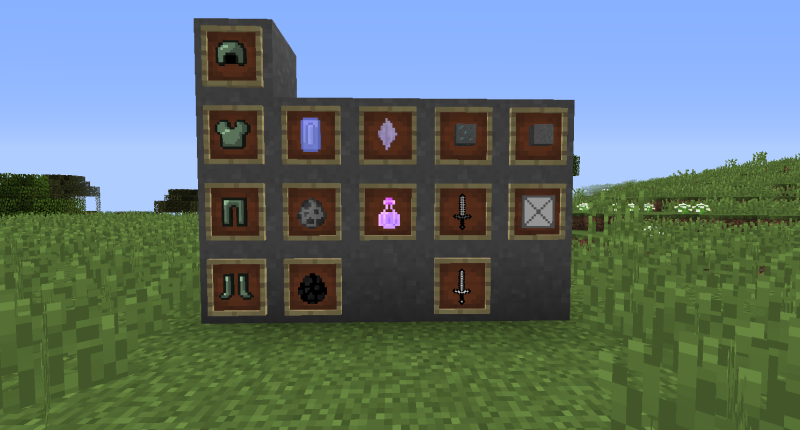 A wall with the items of the mod 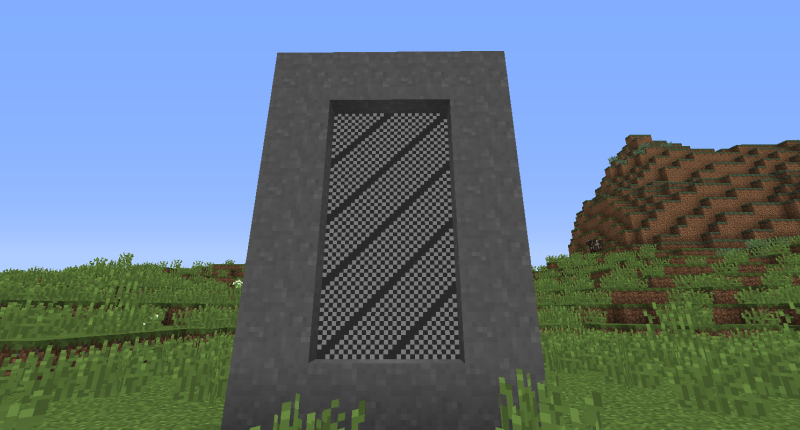 The portal to the spectral realm

This mod includes many creepy elements. Three mobs, one boss, a new biome and a new dimension, two new tools, and a new set of armor.

Portal: Like a Nether portal, but it is built with Spectral Stone and activated with a Spectral Portal Activator

Activator: Made with End-stone at the corners and an eye of Ender in the center, this can also be made by smelting down an End crystal

Ingot+: Made by filling the crafting table with spectral ingots

Spectral Sword: Like a normal sword, but with spectral ingots.

True Spectral Sword: A spectral sword in the middle surrounded by 8 pieces of ingot+

Specter: Found in the Specter dimension. Is very fast

Never-Dead: Throws fire charges, when you hit it, another one appears.

Woeful Spirit: Acts like a Never-Dead, but another one does not appear when hit.

Please report any bugs to me

Nice mod :)
Please can you add screenshots of your mod though?
Also remove the white background on your image. mcreator.net/wiki/modification-publishing-guidelines