New Biome, the Strange Forest, the source of a new phenomenon, Alius.

New Biome, the Garigue, where Citrine, Bees and Plants are found. 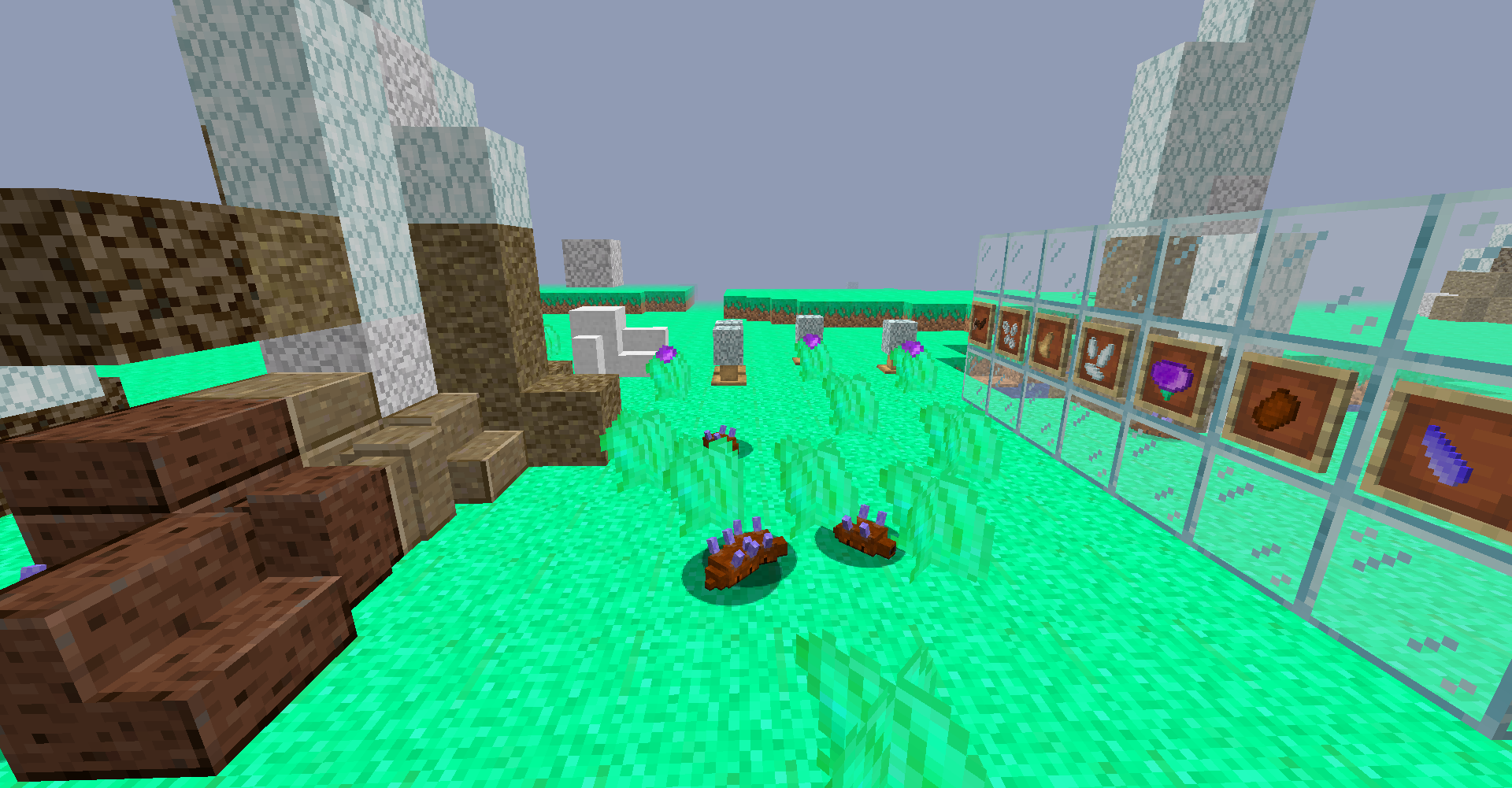 ALPHA 1.7 (LAST ALPHA) IS OUT, WHICH ADDS A NEW BOSS AND TIES UP SOME LOOSE ENDS.

The projectiles will be fixed in the first beta.

Anyway, on with the lore!

As a researcher, and a newcomer to the Overworld, you have but one simple task in mind, find out the secrets of this dimension, and of all of the alternate realities, pasts and possible futures, linked to it. Throughout the world, in various biomes, you will find unique gems that aren't found anywhere else (at this time only vanilla emerald and ruby), which hold an untapped link to another world. To activate that link, you need to resonate the inner energy within them, which can only be done using an advanced machine using the potential of both Idem and Alius known as the Paradox Reactor. Apart from all of this, you will notice many new additions to the Overworld, Nether, and End (Just one ore for now), which will both keep you on your toes and provide new adventures.

-Added Captain's Will, a new boss summoned in the Crashed Ship.

-Added Amethyst Ore, found in Taigas, which can be resonated.

-Added Botched Beacon, which explodes around it every so often.

-Added Spiked Swords, which can be crafted using swords and bee stingers

-Added Bees, which drop bee stingers, items that can poison but break after used.

-Added Citrine, a gem found only in the Garigue biome, which can be used to make Resonant Citrine via the Paradox Reactor.

-Added two new ranged weapons, the Flintlock Pistol and the Blunderbuss, with Lead Balls as ammo.

-Added Ruby Feather and Emerald Feather, which grant fire resistance and regeneration respectively, at the cost of durability.

-Added Resonant Ruby, formed by reacting ruby with an ancient alloy in the Paradox Reactor.

-Added Corn, a mountain plant that grows like sugar cane.

Thanks! Will definitely update this on the regular too, so stay tuned!

This is really good, really well polished textures and models, only one that needs work is the mud texture.

Thanks! Will definately update the mud texture in Alpha 1.2!

Thanks! Alpha1.3 will be coming out soon!

Thank you so much! People like you motivate me to continue working on this mod!

Thank you so much! Working on the beta rn, but it will take some time.