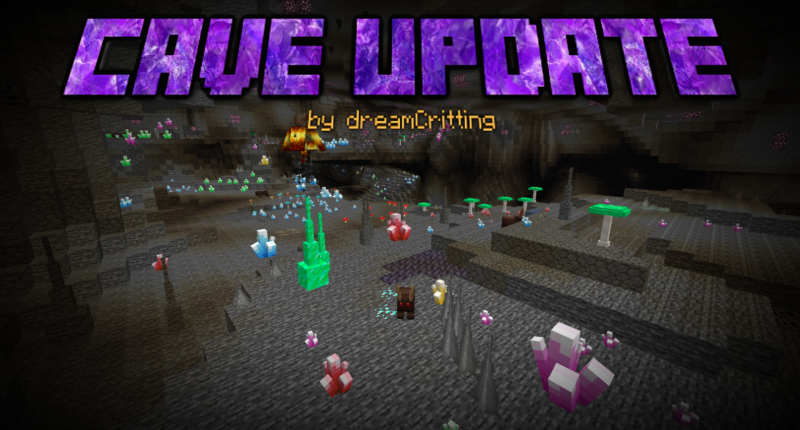 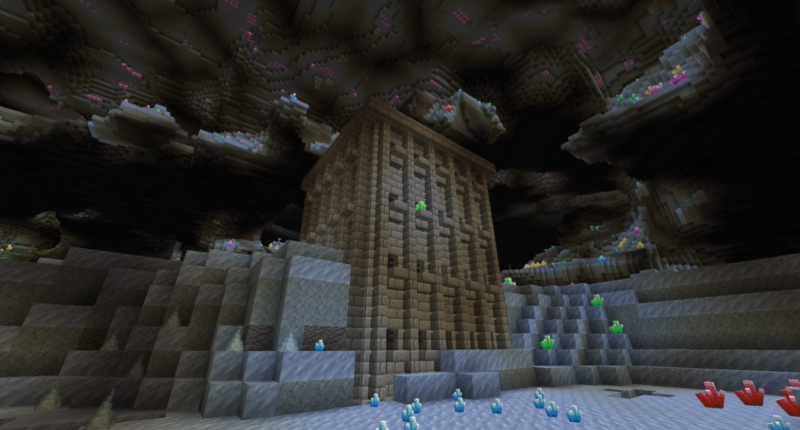 A castle in the ice cave biome of the cave dimension 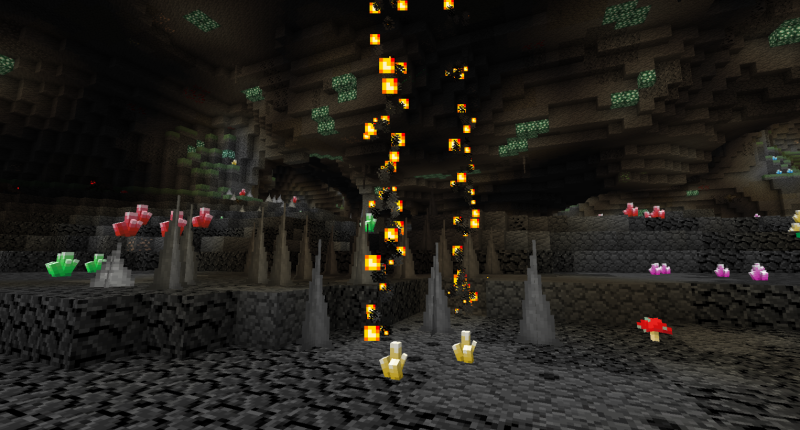 Volcanic activity on the cave floor 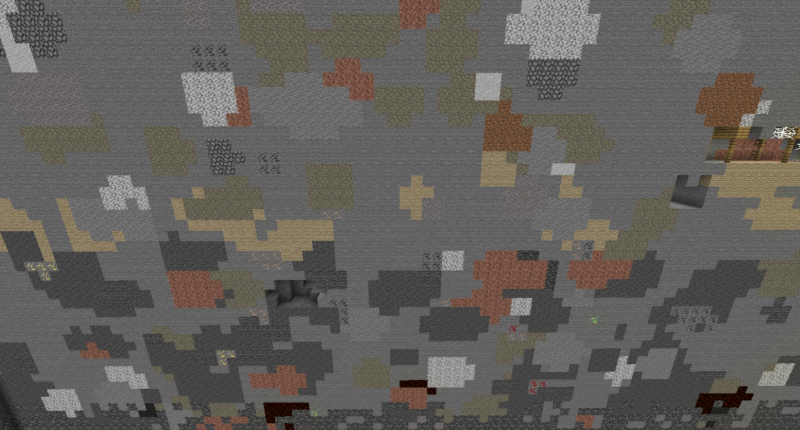 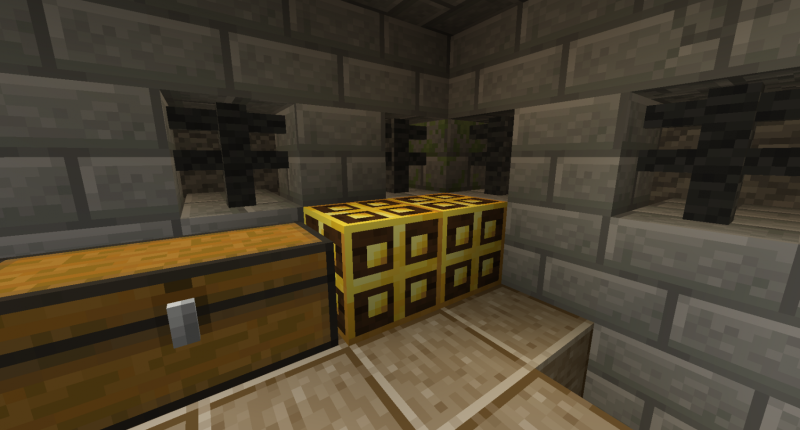 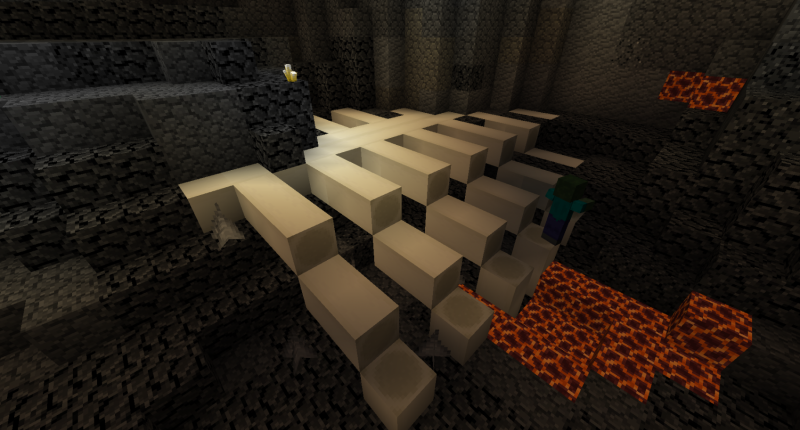 A huge skeleton on the cave floor

This mod adds a massive cave dimension and changes the overworld caves too! With loads more stone types, a few new ores, a new boss, and more dungeons.

To get to the massive cave dimension just make a Bedrock Miner, then right click it on the lowest layer of bedrock in the overworld, then jump into the black portal it makes Make sure you have space in your hotbar for a special item you will be given - you will need it! The bedrock miner also works like a diamond pickaxe

You can right click with the pickaxe on layer 127 in the cave dimension to get back, but BE CAREFULL - put some blocks 2 blocks above the portal in the overworld otherwise you might end up in a loop falling into the portals as soon as you appear. And you may need to bring fire resistance potions for when you return to the overworld, you might appear in lava and need them

Dark stone can be crafted into cobblestone.

There is a boss which looks a lot like mob d﻿ from the list of possable mobs to be added in 1.13 (The Phantom won), it drops a Blaze King helmet which is better than diamond, the boss spawns in the cave dimension so be carefull when exploring.

Attack: fireballs and hitting the player

Rarity: uncommon - and best avoided unless you have good gear

Rarity: common - but only found on the cave floor

Rarity: common, but only in water, and there isn't much water

See the images page for some other usfull info: https://www.curseforge.com/minecraft/mc-mods/dreamcrittings-cave-update/screenshots

bruh this is epic, i love the castle design

I really like your mod making style, keep it up :D

Also consider submitting for motw, I feel as if it has a really good chance of winning. Two motws in a row is quite a feat too!

Just above the comments section there is two files