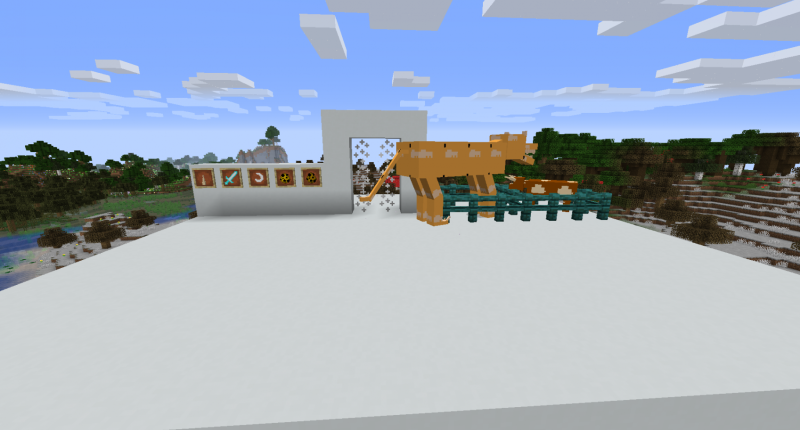 This mod adds a new dimension that contains the new biome called the "white lands" here the grass is white and the water is also white.

İtems: As items there is the ice sword which deals a large amount of damage and there is the bullhorn that is dropped from the bull mob that deals damage and so does it's horn.

Mobs: There is a leopard mob that is huge and can kill you easily however the mob is neutral it won't attack unless provoked. The next mob is the bull that drops the bull horn and the mob itself deals damage but it is neutral aswell.

Blocks: There is a new block called the ice spikes the texture of the ice spikes is same with the bull hotn texture which is only a place holder and will be fixed.