[PATCH] The Trollcrafters: A TrollHunters Mod 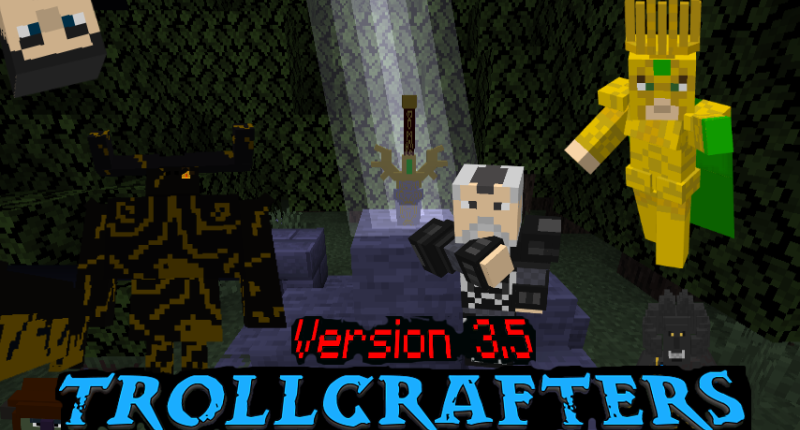 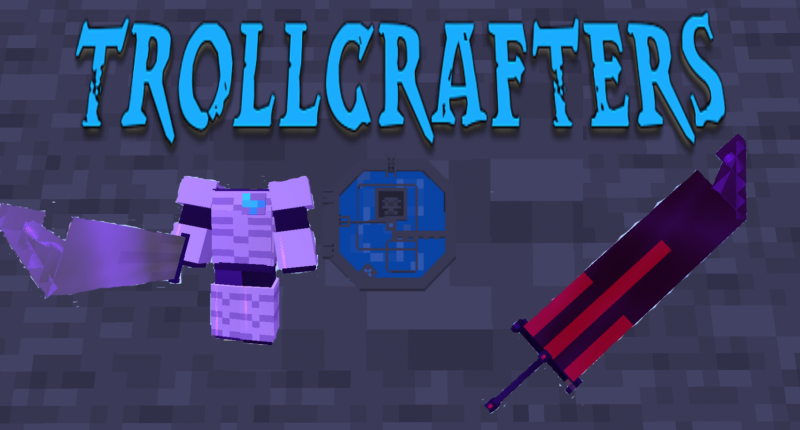 Mod Forum: https://mcreator.net/forum/87634/trollcrafters-trollhunters-mod-forum
This mod recommend the use of JEI to see all crafts
If you can't use the amulet of daylight, its not because it dosen't work, its cause you are not the Trollhunter in other words, the amulet didn't choose you when you first joined the world, use /trollcrafters type <player> trollhunter . to force daylight to be yours.

A few centuries ago, a sorcerer called Merlin created an artifact with incredible power, This artifact is the amulet of daylight, also known as the amulet of the troll hunter. Since the beginning of its existence, the amulet has always chosen valiant and courageous trolls to take on the role of Troll Hunter. The Hunter choosed by the amulet aims to protect the good trolls and fight the bad ones, the Gumm-Gumm. But this time, The Amulet decided to choose a human.

When the Player enter the world he have 30% of chance to become the TrollHunter, else he can become a Dark Wizard, or a Normal Human(Dark Wizard and Normal dosent have any abilities), You can also become a Troll Hunter by using Cheats. when you become the Troll Hunter, you get the Amulet of Daylight(DO NOT LOSE).

Fixed Text Color, if a text is supposed to appear in color, then now it will. instead of showing <?>(aNumber)(text)
Fixed the size of Shadow Staff
Fixed Texture of Warhammer(Still no elytra fly)
Fixed Shadow Staff ability (portal creation)
Small Change: Exiting the Darklands using the portal will now teleport you to the portal's location in the overworld
Changed the leaves color of wildwood forest, now green,
Trolls only spawn at night in the wildwood, Stone Trolls can now despawn 30 seconds after they spawn(Gamerule, true by default, reduce lag)
Fixed Glaives, now player get them back when hitting a mob, even though he could just press Z

Added 2 new villagers, for now they don't spawn in village, you can probably find them just by exploring the world
These 2 new villagers, have no trades, but have 20% of chance to be a changeling
Added Changeling (3 types)

Added Gaggletack, crafted with trollsteel, iron and dark trollsteel
Hit a Custom Villager with a gaggletack, if he is a changeling, then he will transform (If you want to fight them(Will be stronger in next update) do it at night)

Gatto's spawn is buggy, sometime it spawn correctly, sometime no, you might have to go spectator mode to get inside)

I know that the Amulet don't keep the stones when you use it, im still trying to find a way to fix that.

Now all commands were reunited into one: /trollcrafters <select>

Trollmarket: Where all common trolls are reunited and live in harmony (The Only one accessible without cheats, using a horngazel on stone(to get in and out))
Troll Swamp: You can find there The Swamp Trolls, And the statue of their dead king (Killstone on top of it)
Troll Volcano: Lava Troll there, The living(Not in this mod tho) Volcano Gatto too,(Birthstone)

Fixed the size of Excalibur

Modified the worthiness system, you can now give you a custom amount of worthiness points: /trollcrafters worthiness <Player> <amount>(limit of 5000)
You can also gain/lose worthiness depending on the mobs you kill(more details in next update)
A worthiness of at least 2500 is required to pull Excalibur out of the stone(and use it)

Right clicking Excalibur (Not the trollhunter one) will enchant it with Magicharge, dealing 550 Bonus Damage (5 minutes cooldown)

A lot of NPCs were added:

Bosses,(for now they can't spawn in a legit way):

Amulet of Daylight(If you are the Troll Hunter (All keys are by default): Press R to Transform, C to Detransform, X for Ability(Sword and Helmet))
Triumbric Stones(Creative only)

Eclipse Armor and Sword: When the Player have all 3 Triumbric Stones, He can put them in the Amulet Of Daylight by Right Clicking the Amulet(Open a GUI with 6 Slot, 3 of them can only be used with the Triumbric Stones). When the Amulet Have all 3 Triumbric Stones, the Troll Hunter can press Shift+R to transform into the Eclipse version of the Daylight Armor, He also get a Shield(Kill Stone) and a Helmet(Gunmar Eye), Pressing X Gives the Sword of Eclipse and allow the player to open the Helmet or to Remove it. The player keep the Amulet in his inventory when Transforming into the Eclipse Troll Hunter, allowing him to change back to the Daylight Troll Hunter by pressing R.

Shadow Staff: Create a Portal to the Shadow Realm

Killahead Bridge: Spawn in the Wildwood Forest, is the only way to enter and exit the Darklands, The Portal to the Darklands spawn under the bridge and can only be opened by placing the Amulet of Daylight on the Bridge.

Staff of Avalon (No Abilities yet)

Daylight Workbench: Allow the player to create the Daylight Crystal. 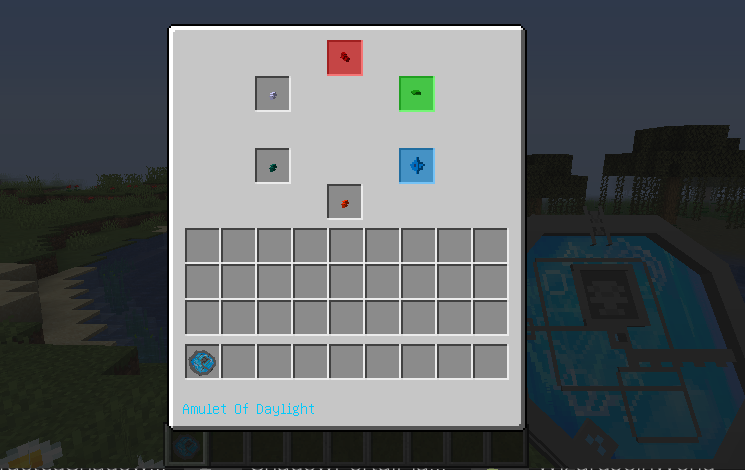 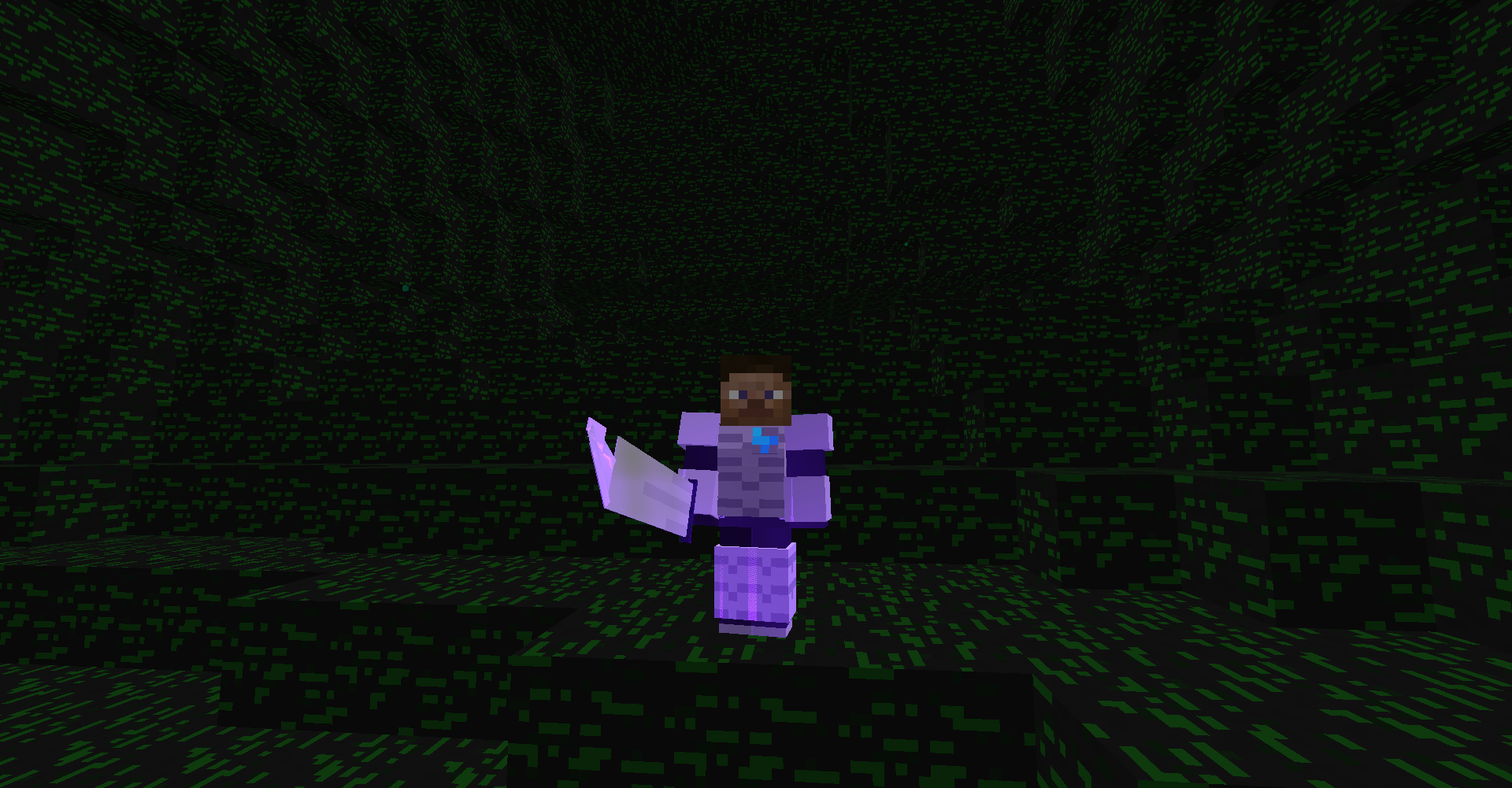 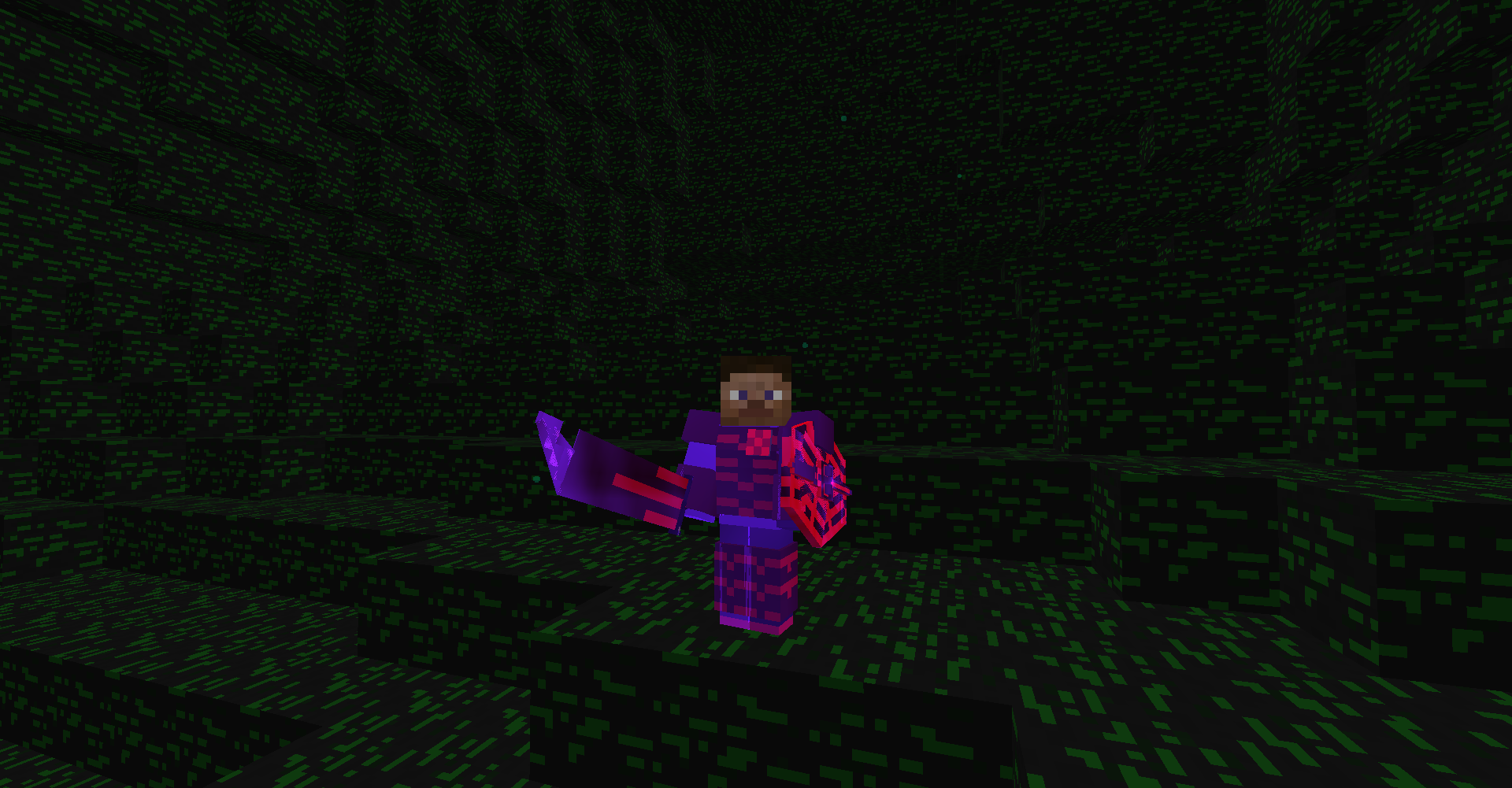 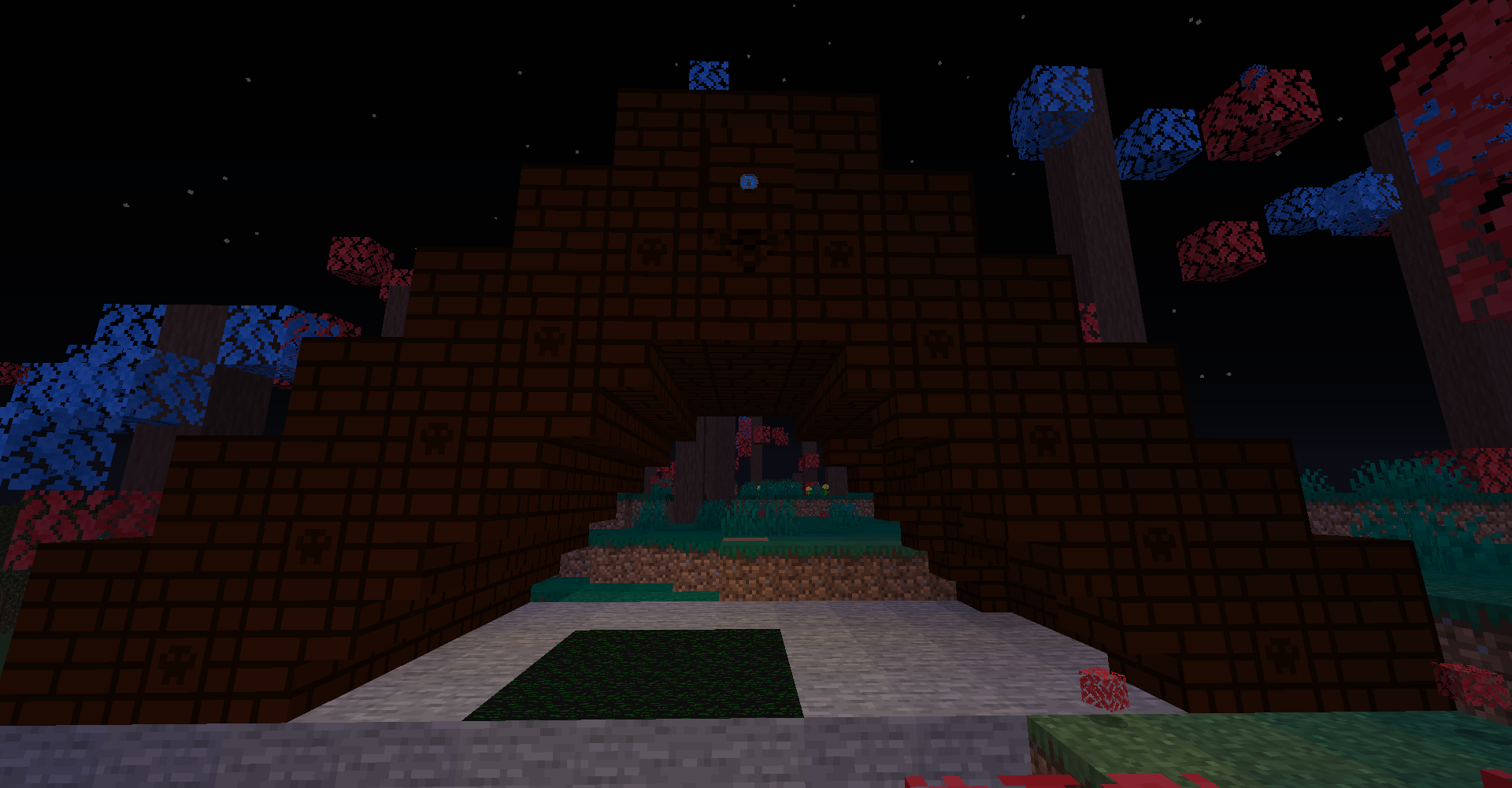 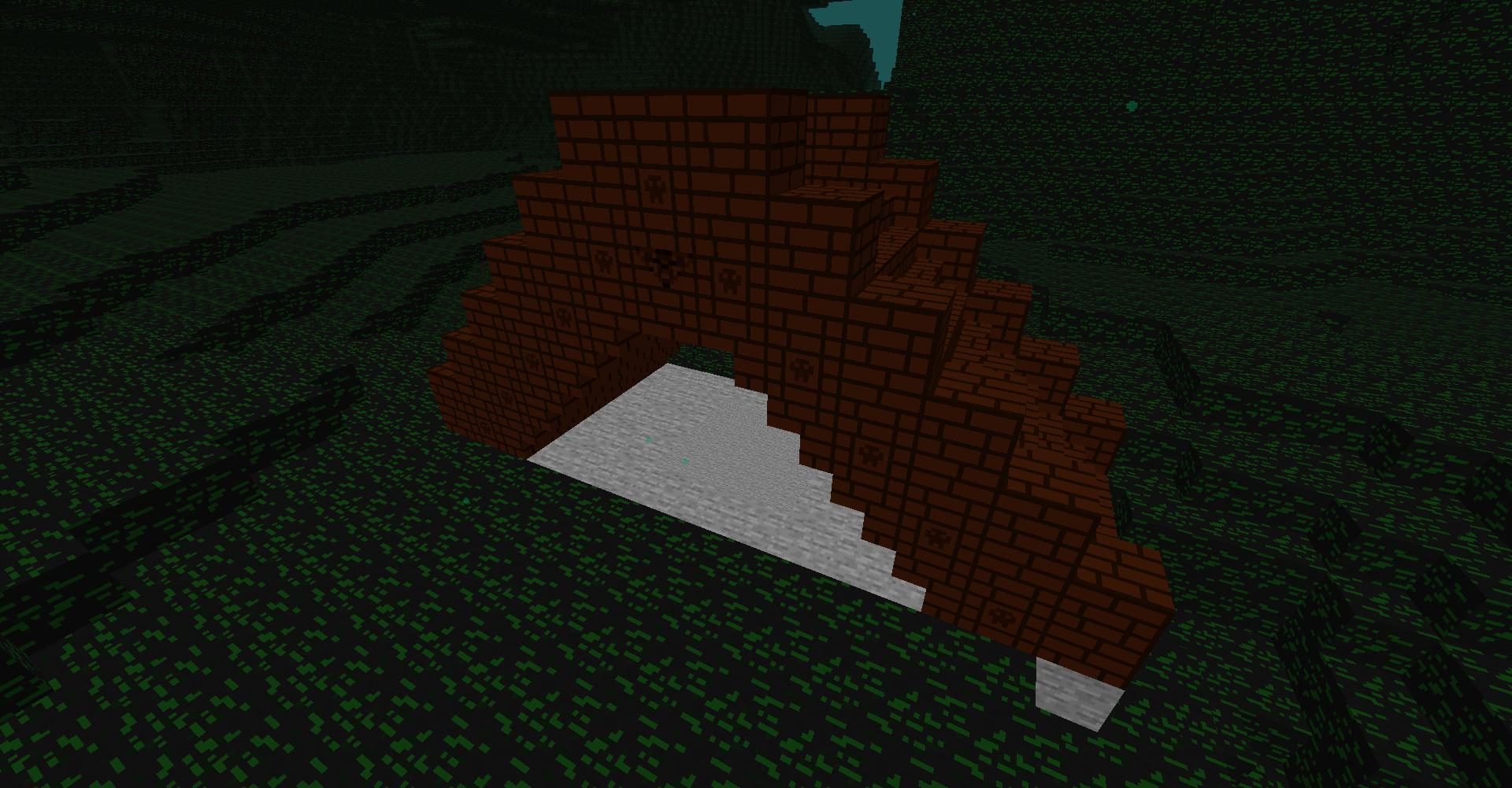 What Trolls Become when they are Attacked with Daylight/Eclipse 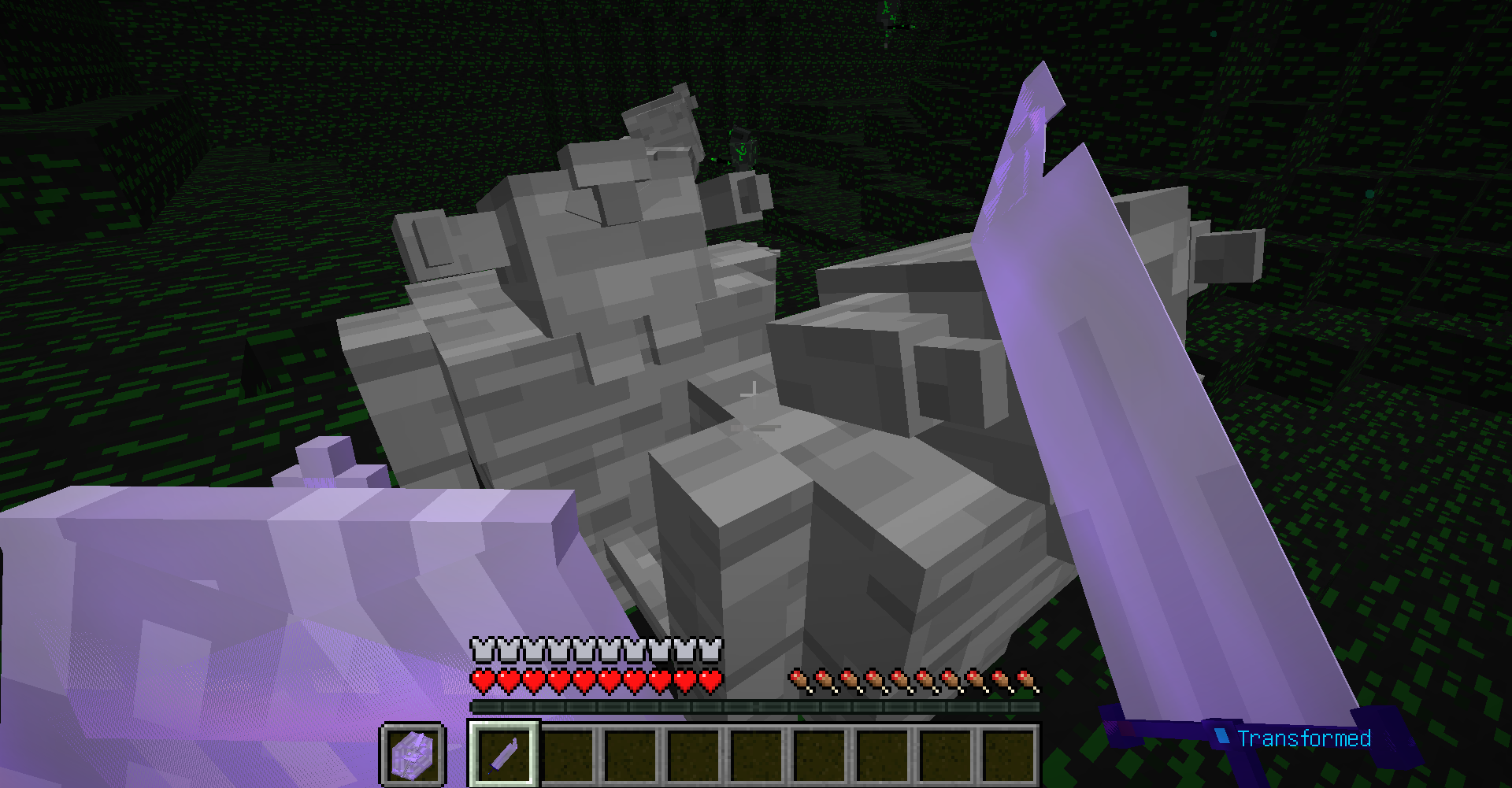 Thank You, i tried my best to make the best Trollhunters mod Possible

The one issue I have with this mod is that when you deactivate the armor you loos the Triumbric Stones. Is there any way to fix this?

Also, how do you get the stones?

Yes, i know im still trying to find a way to keep the stones in the amulet, and how to get them, there is no way for now,

I cant use the mod skill like it doesent work can somone help me?

Which skill? and to transform press R whie having the amulet in the inventory

i did but it aint working

I think i know why, Each time a player join the world, if there is no Trollhunter, then a player have 30% of Chance to become one, otherwise there is a command for that: /betrollhunter

When will u update the mod it has lots of potential

Well Good News. I already started to update the mod, adding ROT in the mod!

Will u make a way to become half troll