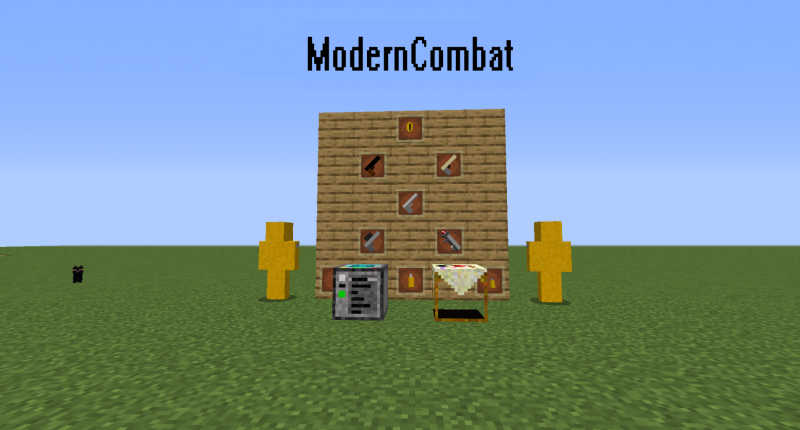 Everything in Alpha0.1 of the mod.

Welcome... to ModernCombat! In ModernCombat, you will discover more modern weapons: guns, tanks (future), and some melees! (also future) Craft (no recipes yet) guns and defeat mobs, and also apply skins to your guns to show off your awesome weapons

Currently the mod is in early alpha 0.1, so there isn't much. However, the mod DOES contain custom models, a reloading system plus aiming down sights (and a scoping feature)! Although the mod is still in an early alpha phase, there is still a few things that you can use! (Note: Items are only obtainable in creative right now: enter creative to try these weapons!) Currently items include...

Blocks (Not fully functional yet):

Please report bugs in the comments, I will put a list of known bugs here:

BUG: Weapons are one-shots to most mobs (I found a fix, will be releasing it in a0.2)

Version A0.1: Initial release with 4 pistols and the TNT Launcher, and the Market Port. Includes non-functional Skin Table