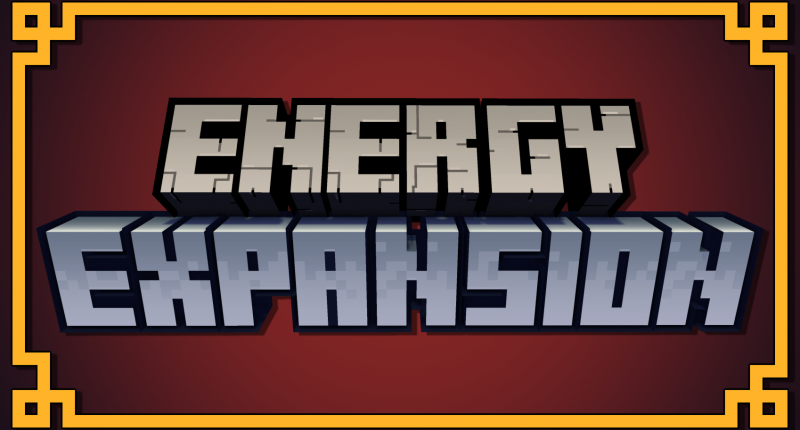 Over the years we have been destroying our world by using contaminant and nuclear substances as energy resources, for showing the world and for making Minecraft slightly realistic I present you ENERGY EXPANSION. Did you know that the Redstone is nuclear? Using that logic we can deduce that the Redstone could somehow contaminate our Minecraft world, and that's the objective of this mod... making Redstone perilous (slightly) and adding a new energy power resource that will not damage your world... and you.Of course, I followed the Minecraft vanilla and fantasy style, so you will not find a mod that destroys the ozone layer or that, in this mod you will find new dangerous blocks and an unusual mob... the contamination dude....Hope you like it <3

THE BAD PART ABOUT REDSTONE

As I said before, Redstone now contaminates your Minecraft world, but not in the way you think... So, when destroying or placing Redstone Blocks, Redstone Torches, Redstone Dust or Contamination Blocks (going to present them later) there's a little percentage of probability of a Contamination Dude spawning, here you have the probabilities:

In general, the Contamination Dude is just a little flying mob that will annoy you or even kill you if they are in a big group. The design is inspired by the powerful red colors of Redstone and the darker colors of the contamination concept of this mod... When they spawn, when they get hurt or even when they die they will display some little particles for making this mob more visual, also they drop a good amount of XP! In conclusion, the Contamination Dude is designed to make sure you stop using Redstone materials and motivates you to start using natural resources as energies... you'll see what I'm talking about later. 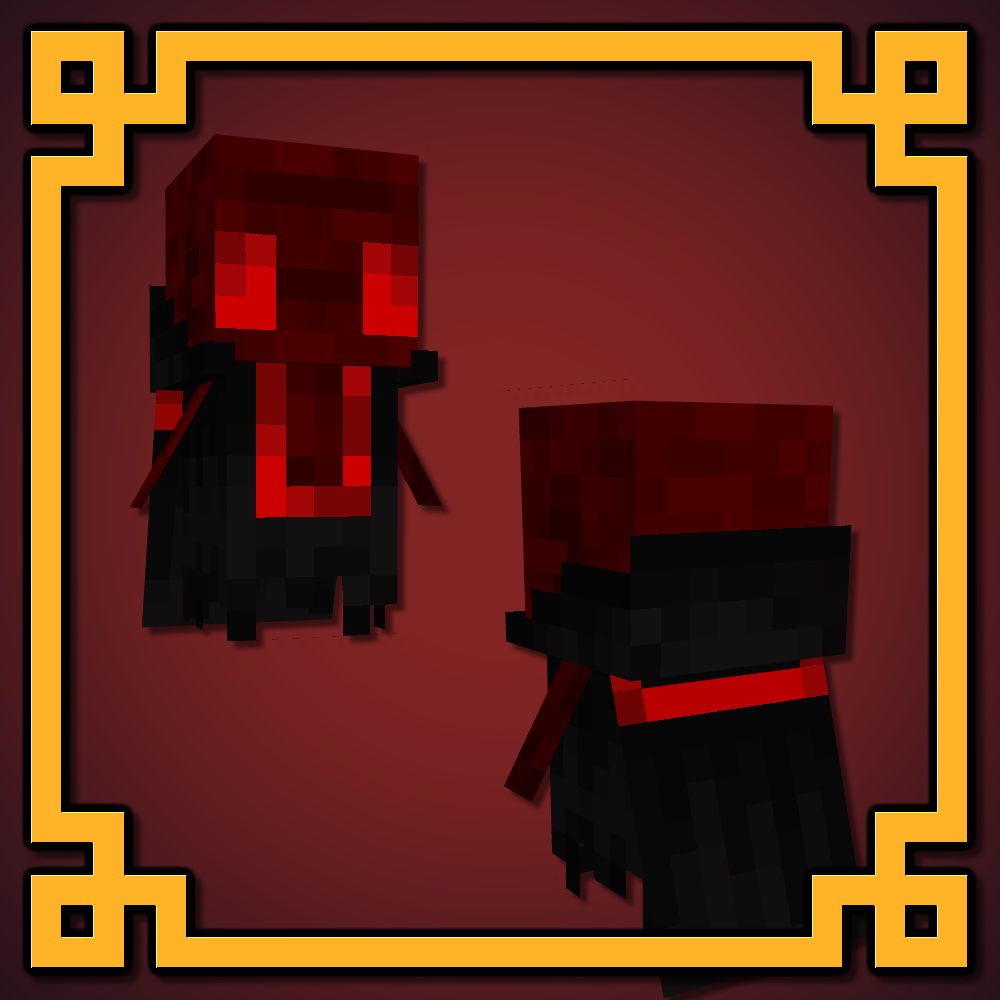 Here you have an image of the Contamination Dude

THIS IS WHAT WE ARE DOING TO OUR WORLD...

Over the year we were destroying our world by using nuclear energies and I tried to implement that on Minecraft. So, now you will be able to find a new rare biome showing how we are mistreating the planet earth. I present you the Contaminated Wastes!

Overall, this is all the information you need about the Contamination Mechanics... now you'll discover how to avoid Redstone disadvantages using... the Reactor Gem...

HOW TO FIGHT THIS ISSUE...

Alright, there's a new alternative to Redstone energy generators (like Redstone blocks), to get them you will need the Reactor Gem, a new ore that you will be able to find in the 20th layer... Of course you can craft a Reactor Gem block that can be also used as a Beacon Base block...

Ok, talking about that new alternative to energy generators I present you the Batteries. These batteries can be made of different materials, for now they can be made of:

There will be more materials in the future.
How they work? Simple, they need to have they correspondent material next to them (Ex. A Glowstone battery needs to be next to a Glowstone block to work)

The main benefit of using a battery is that it doesn't spawn Contamination Dudes :)
To craft a battery you'll need stone, 1 redstone dust, 1 reactor gem and in the middle the material of the battery: 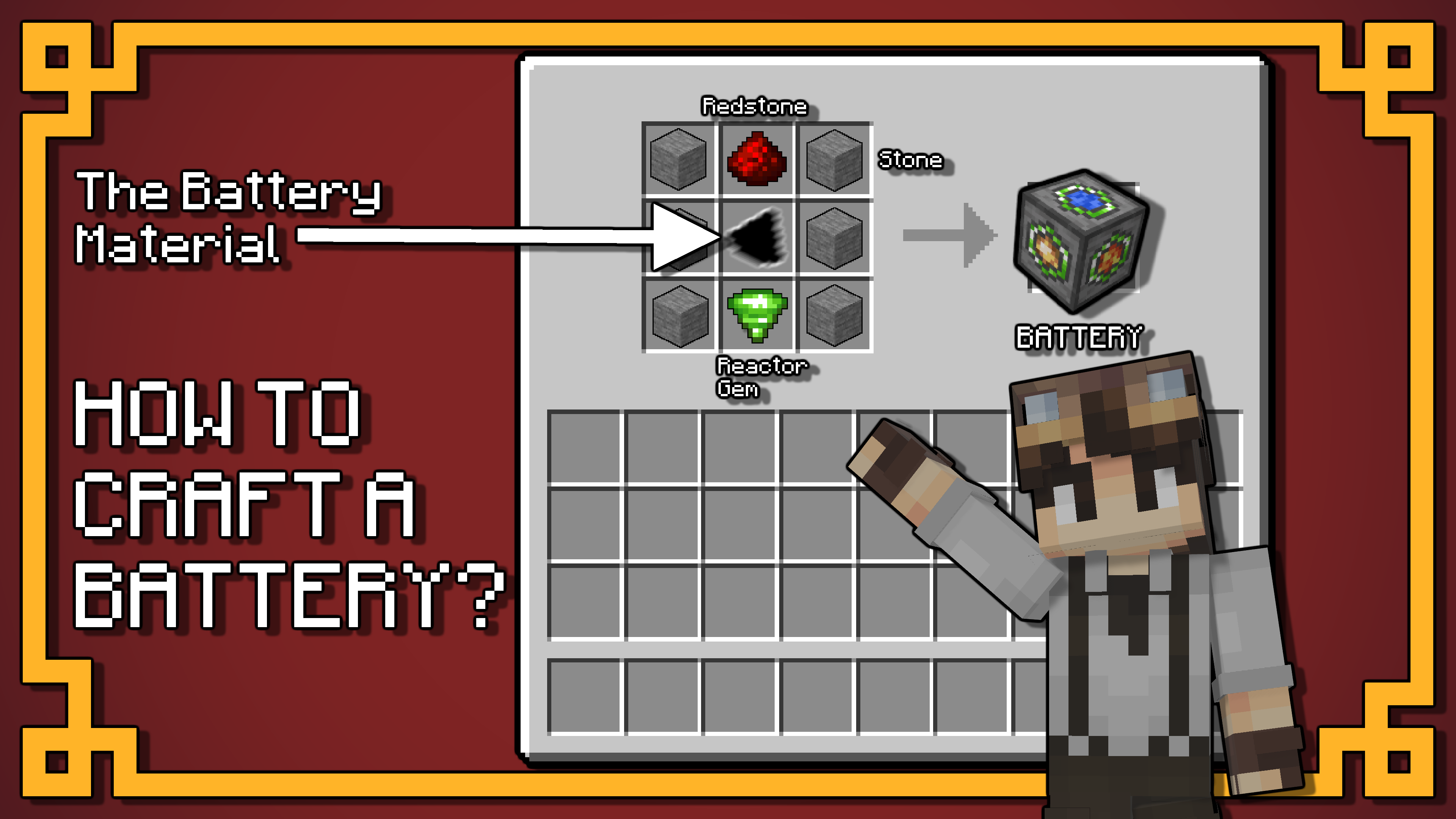 Energy Expansion also adds some cool advancements that you'll find in the story line of Minecraft advancements, some of them are just casual advancements and there's also a goal: 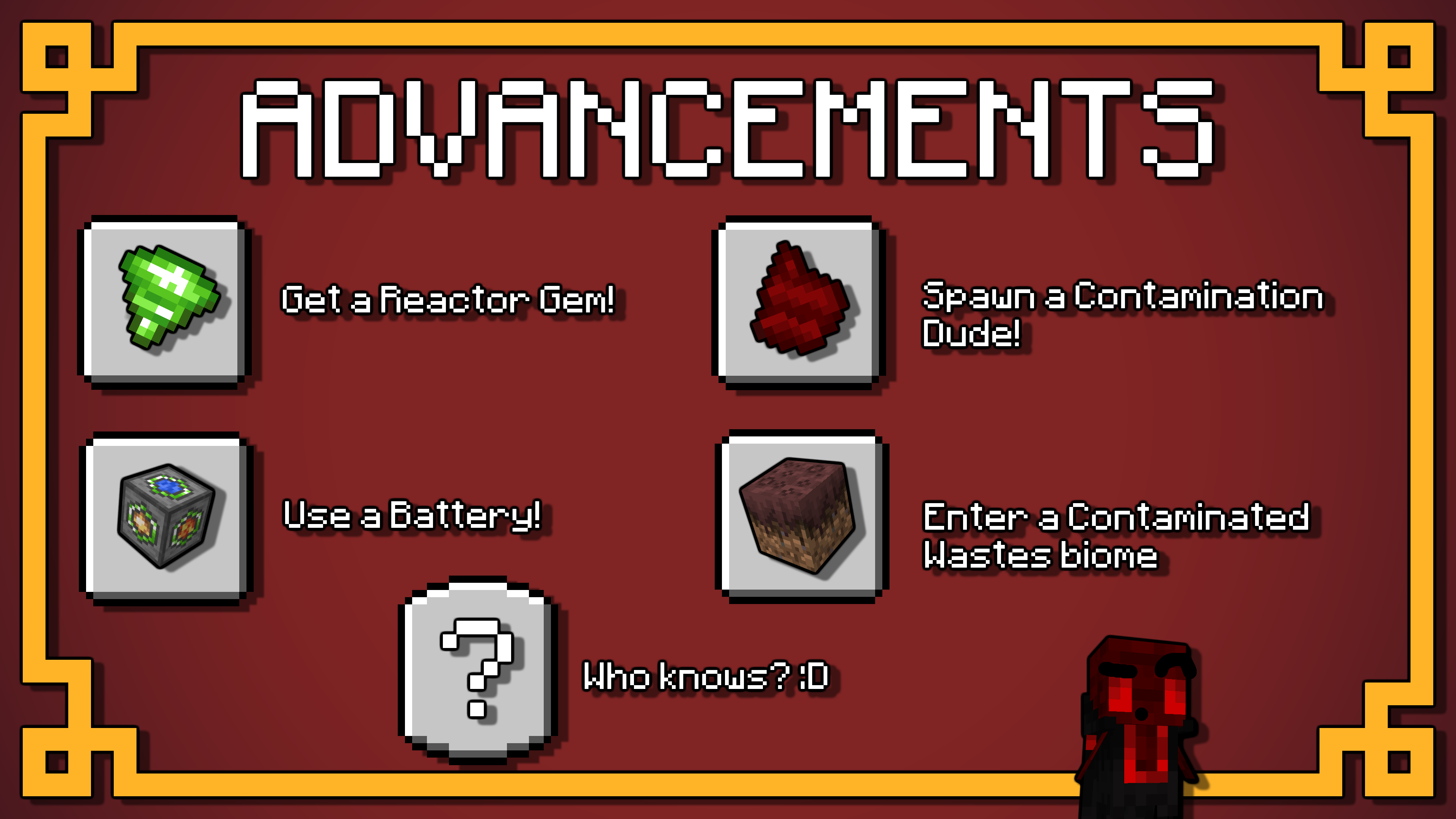 This mod was made with Mcreator

This mod is awesome. This site needs more technology mods like this ^^

What a cool concept, can't wait to see more of this :D

Nice mod !
And good luck for the ModJam !

Thanks! Also looking for if you participate 👀

cool, but from looking at it this will probably make me want to use redstone more, in order to farm xp. you should make something that effects the whole world caused by redstone, such as using it enough causes contamination dudes to spawn naturally, making the world more dangerous

I will have to consider that, thanks for the feedback :)

Maybe removing the xp drop from contamination dudes would work

Yep, I will remove the xp drop in the next update :D

How did you make that logo?
Also, with another update and a few well-deserved downloads, this would get mod of the week.

I made the logo using Mine-imator and some plugins :3