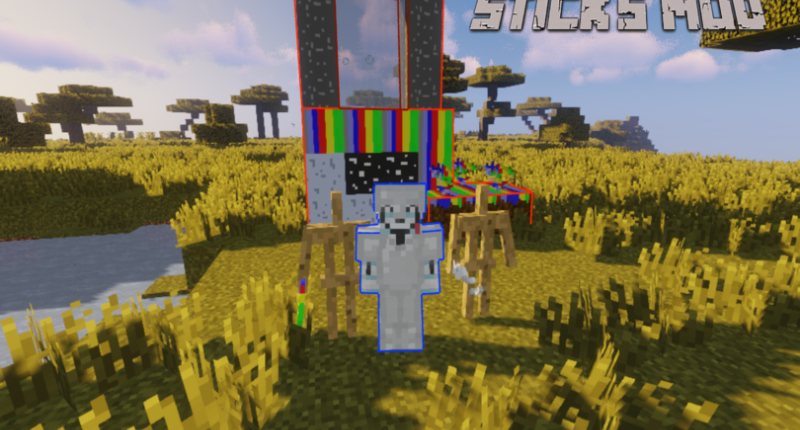 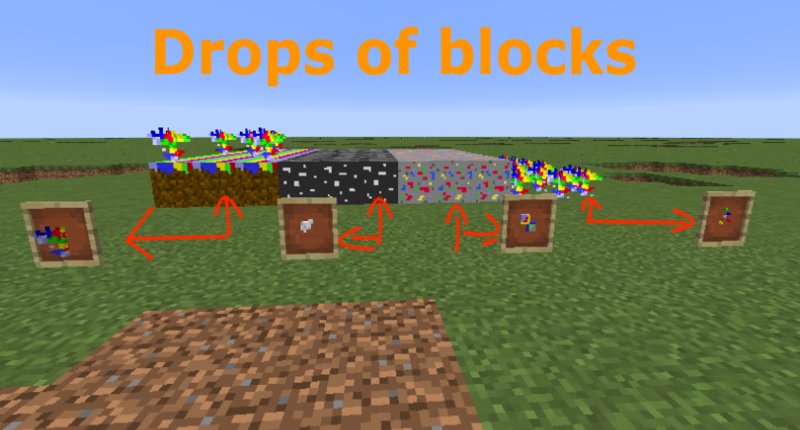 Some blocks and their drops. 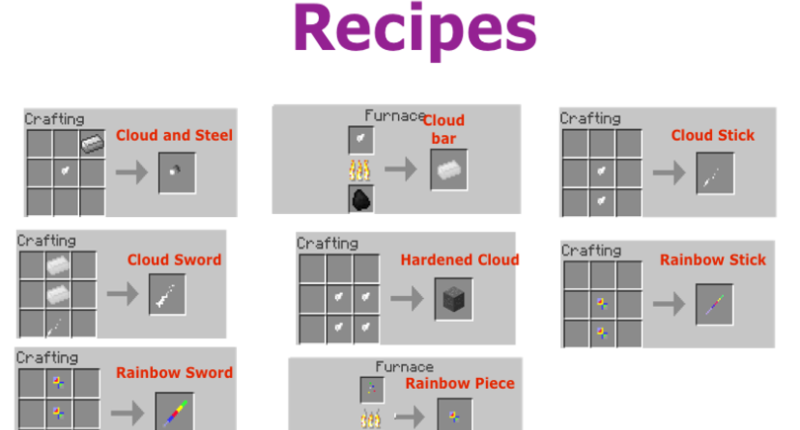 Crafting recipes for the mod! 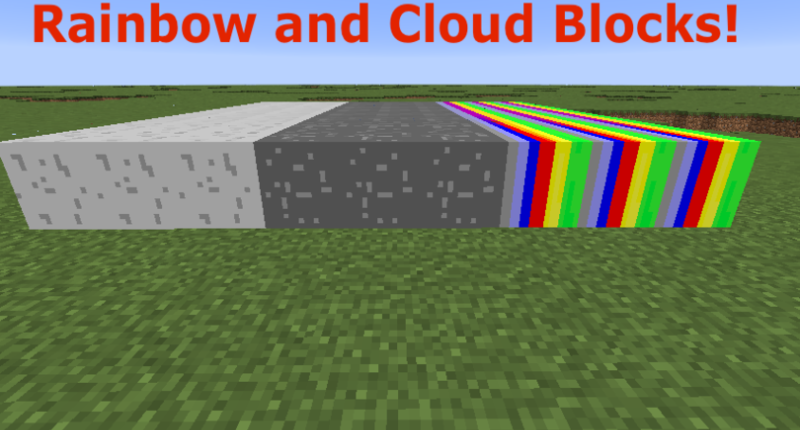 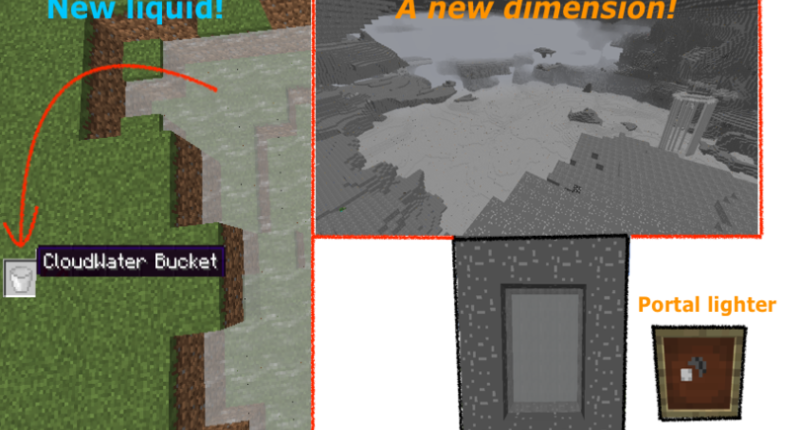 New liquid along with a new dimension! 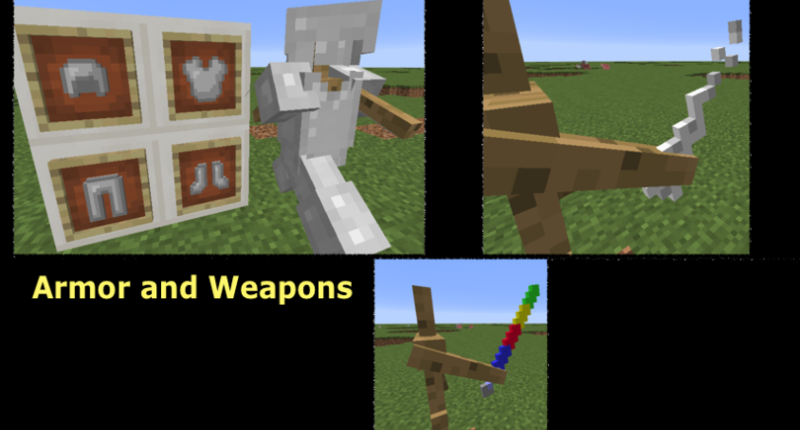 This mod includes many new things, below is a list of them.

-A new liquid called CloudWater (I haven't quite figured out a use for it yet, but hopefully in a future update I will)!

-New Weapons! The Rainbow Sword, and the Cloud Sword!

-You can craft the cloud armor out of cloud bars placed in the crafting grid in the same way you would make any other vanilla armor set.

-Cloud bars can be made by smelting cloud pieces in a furnace.

-The easiest way to find cloud pieces is to look for rainbow dirt, which is in the overworld often on the side of mountains. If you break the dirt with your hands or a shovel it will drop rainbow seeds. If you plant the rainbow seeds on farmland and wait for it to grow, when it is done growing you will get something called rainbow essence, which if you smelt it it will turn into a rainbow piece. You can then put the rainbow piece in the crafting table next to a cloudifier (You can craft that by putting bone meal and coal next to each other in a crafting table) and you will get a cloud piece.

Hopefully I will update this mod again soon, but in the meantime I hope that you will enjoy it!

Nice mod :)
Just one thing though, I'd recommend you space out your writing a little more; a huge block of text isn't ideal for showing what the mod adds.

Nice mod
I agree with Sir_Cookie.
Also, try to improve the textures a bit, add more shades to them.

Thanks for the feedback! I will get on that as soon as I can.