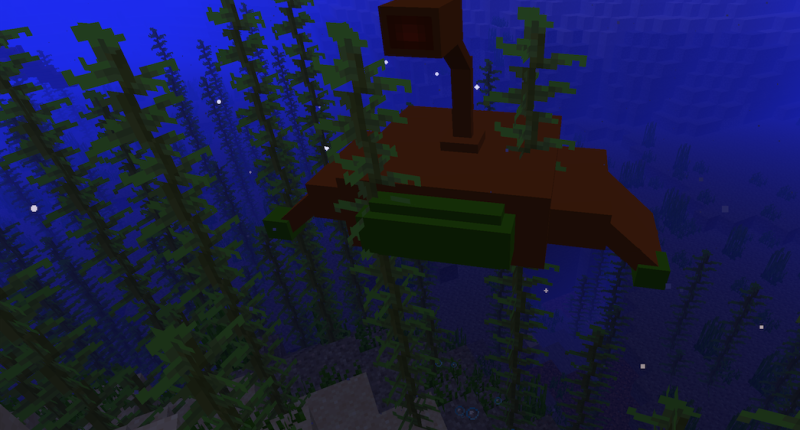 the War of the Worlds

BASED ON THE 1953 PARAMOUNT FILM

Small mod still in early testing phases. Adds a few new mobs that are so far only accessible via creative mode, Due to "over-spawning" if left to spawn naturally.

Martian War Ship (Dormant+Rideable!) (May drop TNT when right clicked so be careful!)

Different Mobs will attack differently and go after different mobs.

Periscopes will not usually attack (Maybe) and simply observe.

Alien Probes will attack the player and Golems. They fly and will swoop down to attack.

​​​​​​​Alien Periscopes are similar to their counterparts, but will attack players, animals and villagers as well as sometimes lighting fires.

Martians and Aliens are both aggressive.

Aliens (Type II) are also aggressive and will also attack their other alien counterparts.

Disguised aliens will attack other aliens (depending on the alien) and also go after players.

Martian ships do less direct damage but are still equally destructive.
They also now have particle effects just to make them look a bit better.

! NOTICE ! For now I'm pausing progress but the mod will re-start soon.

It's me or you make a lot of mods based on books or movies ?

Can you put some pictures of your mod please ?

Thx! I'm working on the Jeff Wayne version of WotW at the moment but I'll continue work on this later. (Eventually)

this mod is awsome

Thx! Btw, which version are u using? Cuz every version of this mod is a bit different from the other.

Tripods do not appear in the 1953 film. (Mostly because it probably would've been too expensive.)
So instead they have those machine that hover.

Wow I didn't even know I commented on this.