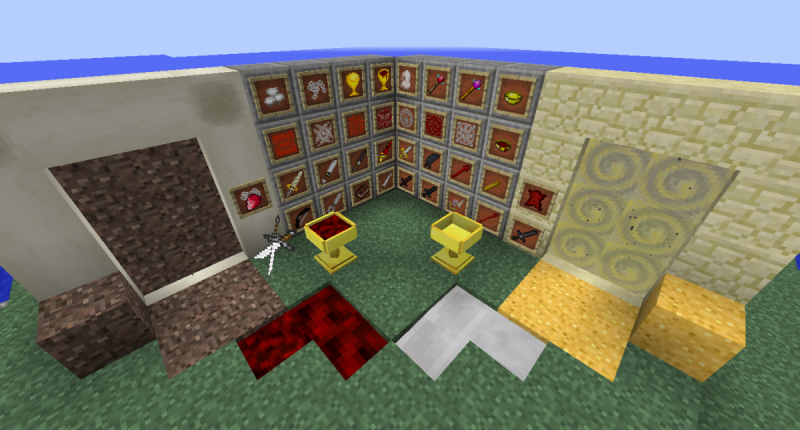 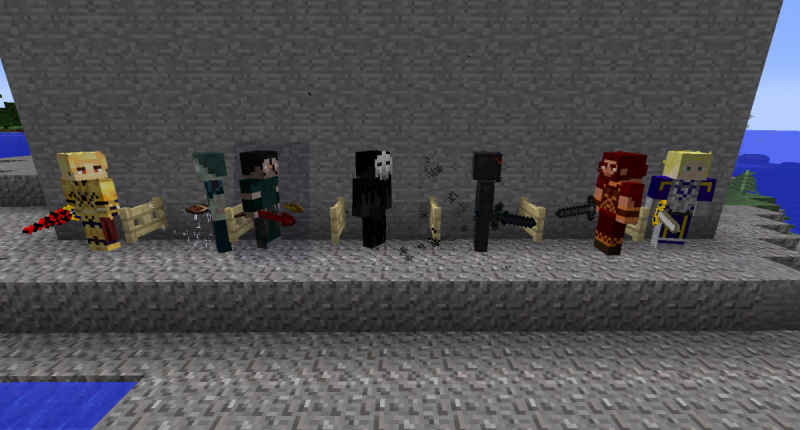 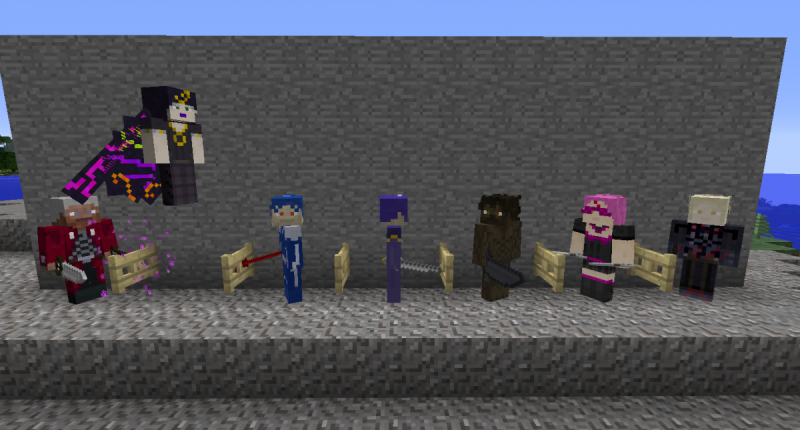 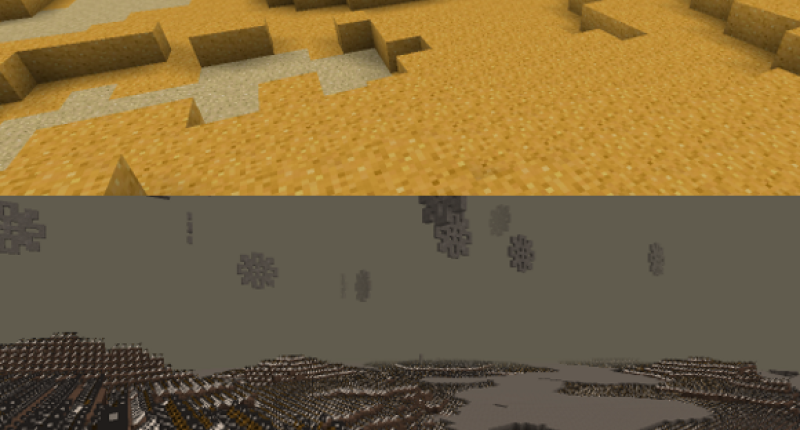 This is a mod based on the Fate series. By crafting special glyphs and activating them with one of two different magic wands, you can summon a total of 14 servants which act as new bosses to fight in order to obtain fragments of the Holy Grail. By combining 7 different grail fragments, the Grail can be crafted and placed into the world, where it can be used to create the powerful, legendary weapons wielded by the servants. Additionally, there are two new dimensions and two regular mobs, as well as a few blocks and items.

There are 7 classes of servants: Archer, Saber, Lancer, Rider, Caster, Assassin, and Berserker, which are summoned individually using special summoning glyphs. When a glyph is placed, right clicking it with either the Zero Wand or Magic Wand will summon a servant and remove the glyph. This process does not consume the wand. Each servant has different attacks and drops, but they all have 300 health. Some of them have two phases of 150 health each. The final phase of each servant drops a grail fragment unique to its class, so you will have to defeat one of each class servant to obtain the grail. Note that Fate/Zero Rider must be summoned in the Ionian Hetairoi and Fate/Stay Night Archer must be summoned in the Unlimited Bladeworks. (portals are made of normal sandstone and bone blocks, respectively). I would highly recommend using JEI for the glyph recipes.

Once you have defeated the servants and crafted the grail, you can call upon its power to create legendary weapons. By sacrificing a homunculus embryo (crafted with a nether star, eye of ender, ghast tear, mercury, raw porkchop, leather, 2 bones, and a bucket of water,) the Grail will fill up with a materialized curse. This curse is extremely dangerous and can only be picked up in a golden bowl. Emptying the grail itself will release the curse, which will flow across the terrain and causing anything living that touches it to rapidly decay. The legendary weapons have their own crafting recipes, but each recipe requires a bowl of curse as an ingredient.

Most of the weapons are merely powerful in terms of damage, but some of them have other abilities. None of them can be enchanted:

Ea- On top of being the strongest sword with a damage value of 50, this sword can destroy matter on a molecular level. Right clicking on any block with it will destroy that block, leaving nothing behind in its place.

Archer's Bow- This black bow does not shoot arrows, but uses Caladbolg as an immensly powerful, explosive projectile.

Giant Obsidian Sword- This blade is so sharp and heavy that it can cut through wood like an axe.

Grimoire- A forbidden text that casts spells of luck, speed, and fire resistance on whoever holds it on their person. However, it sucks the nourishment form its wielder, causing constant hunger.

Some of the glyph recipes require mercury, which is dropped by hydragyrum, a silver slime-like mob found in rivers, beaches, cold taigas, and oceans. 9 mercury can be crafted into a fluid that has a 1% chance of inflicting poison for each tick an entity is in the mercury.

The Fate/Stay Night Archer texture is available as a player skin on planet minecraft. I originally made the texture have a full 3d layer, but the overlays did not work in MCreator. (link: https://www.planetminecraft.com/skin/fate-stay-night-archer/)

All textures are by me except for the Gilgamesh texture, which was originally made by Amzahr on planet minecraft (The texture in the mod has had some colors changed and a few pixels added/removed)

This is a fan-made mod. Fate/Zero and Fate/Stay Night [Unlimited Bladeworks] are owned by Aniplex, Madman Entertainmet, Type-Moon, Ufotable, Gen Urobuchi, and Takashi Tekechi. Please support the official release. (I don't know if I need any of that, but better safe than sorry)

You always make great mods! :D
The only bad thing is that the weapons are a bit overpowered... 100 additional damage? Do I really need all that damage? I mean, you can one-shoot anything and kill a boss in a few left-clicks. This will make combat useless. You should think of features that don't break the game, if you make OP weapons everyone will get bored after a few time
For the rest, very nice mod
Sorry for bad English

You're probably right... I have released a new version that significantly nerfs Ea's attack value by half and makes it require more expensive items for crafting it.

how do i open the portal?