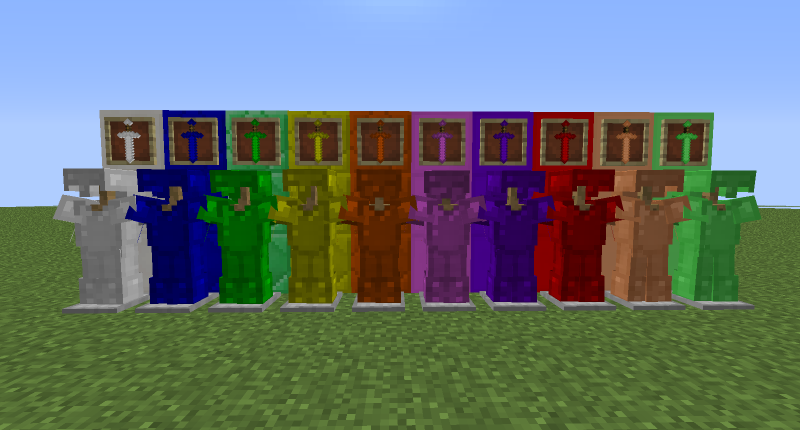 This is some of the Armors with there respective weapons.

This is my first mod so any feedback or criticism would be nice. (note: sorry about not having any good images about it next time I should have better images and all the custom textures in this are not very great as I am not a very good artist.)

That should be all that it adds in please tell me if I missed something and what I should add in. Also please tell me of any mistakes to mispellings and of course the bugs and glitches would be nice to have reported.

There are now cursed trees in the Cursed Plains.

Lowered spawn rates on some mobs.

All Cubiks drop there respective shards or nuggets that they are made of instead of full ingots or gems.

Thx for the advice with textures.