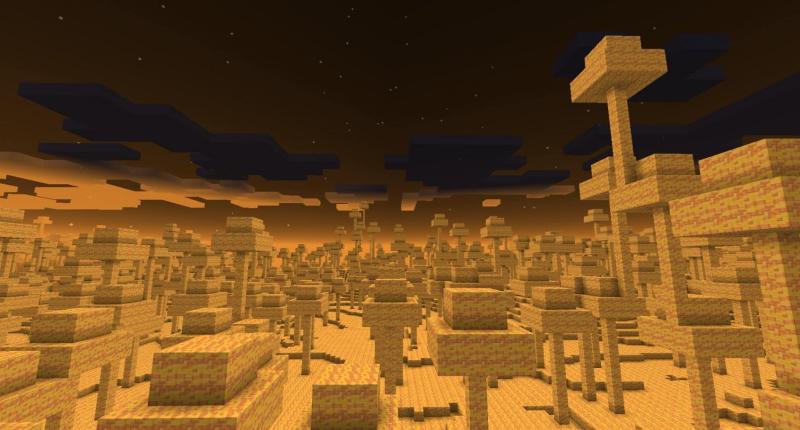 Just because it says "Temporarily Discontinued", doesn't mean I'm not coming back to this. I just have other ideas in mind atm.

Evening, Gromit! [*4] This mod is based off the movie series/show Wallace and Gromit. Also based off the meme of Wallace' obsession with cheese. No, this is NOT a meme mod.

So, I have a mod I like to work on. Wallace' Cheese is a simple mod. It adds three to four food items per cheese variant, three blocks per variant, and a set of lights per variant. Oh, it also adds some dimensions........

v1.1 is now available! Adding the White Cheese variants to the items listed below, it's wonderful! And to point something out: In my video, I said I was going to add Liquid Cheese. As of v2019.5, support for 1.14.4 fluids is not available. It's broken. So, until the next version is released with the option to do so, I will not be adding in this item. And no, I did not add in the Wallace Entities. Those are due for either v1.2 or beyond. Sorry. v1.0 is still available, for reasons I cannot remember. Strange, I swear I remember. Anyway.

-Cheese Slice - Using a Cheese Knife in a crafting bench with a Cheese Wedge gets you three of these. Food.

-Cracker - Two wheat in a horizontal line in a crafting bench will give you three Crackers. Food.

-Cheese Cracker - A Cheese Slice on top of a Cracker. Food.

-Bleached Sliced Cheese - Crafted by combining White Dye and a Cheese Sliced, eating it will give you poison for one minute. That's what you get for eating bleach!

-White Cheese Knife - Combined with Bleached Sliced Cheese, it is used to light a from of Cheese Blocks to enter the Swiss Family Dimension.

DIMENSIONS:
-Cheesescape - A land made of a thick layer of cheese, with towering Cheese Trees covering it. A safe heaven, as Hungry Wallace's will not spawn here, and if any do, they instantly become Satisfied Wallace's**.

-Swiss Family Dimension - A land made of a thick, creamy layer of white cheese, with towering White Cheese Trees in every direction. Another safe haven from Hungry Wallace's**.

ENTITIES**:
-Satisfied Wallace - A neutral Wallace who won't attack you no matter what. But if he isn't standing on any form of Cheese Blocks (Including bricks), he'll become a Hungry Wallace. (To come in v1.2)

-Hungry Wallace - A dangerous Wallace to be around. He will try to kill any player in his path, as he believes the players are hiding his cheese. If he stands on any type of Cheese Block, including bricks, he'll become a Satisfied Wallace. (To come in v1.2)

*-There are multiple blocks for this segment.
**-This is not yet an implemented feature.