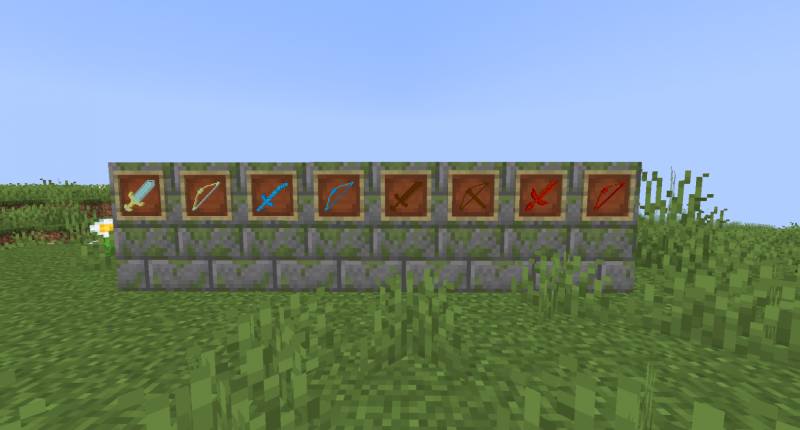 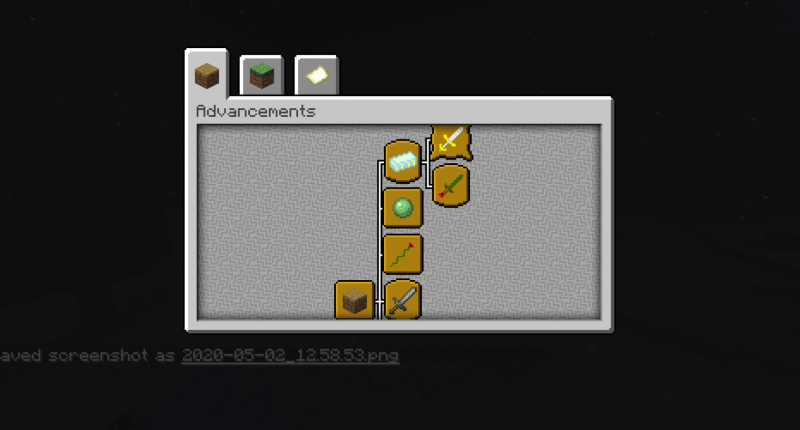 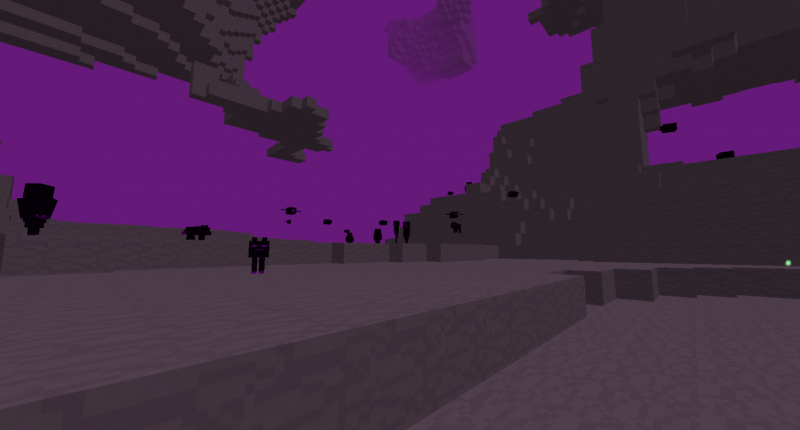 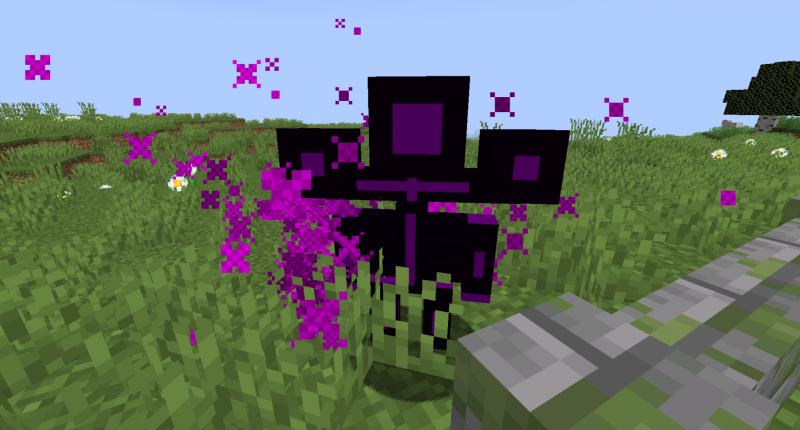 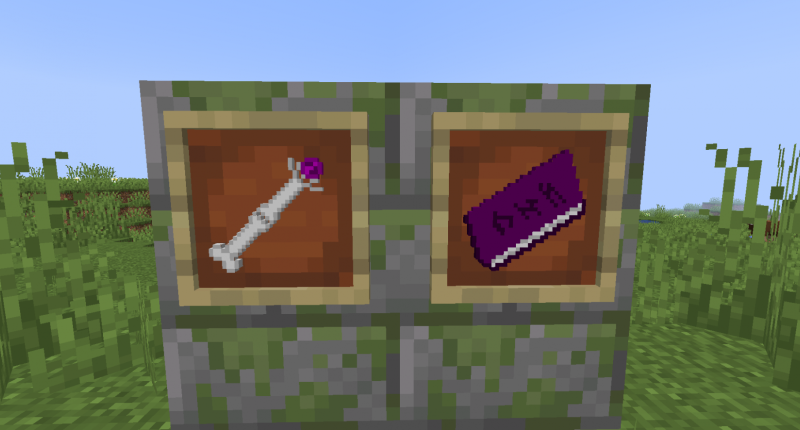 and indulge in necromantic practices!

This mod is an addition to minecraft as a whole. New items, mobs, bosses, dimension and biome, can all be found inside. Main features:

The four elemental ores of Air, Water, Earth and Fire are all found in different locations. They are Skyon, Aquatite, Earthreon and Infernite respectively, and each has a sword, ranged weapon, and armour set accompanying them. All ranged weapons transform arrows into balls of their respective element, and all weapons inflict debuffs (or ignite) on targets. The armours provide helpful buffs. Skyon is found in floating islands, Aquatite under the sea, Earthreon in the deepest caverns and Infernite in the Nether. You can also craft the Rosalthorn claymere using ingots from all four ores, and it is the sword of Life. The Notchblade can be crafted from the four elemental swords plus the sword of life.

This biome generates rarely in the Overworld. The biome is entirely grey, including tree trunks, tree leaves, grass and mobs. In the biome spawn wither skeletons and Withered Hounds, dangerous undead canines that inflict Wither like their humanoid counterparts. Planks can be crafted from the withered trees, but the dead wood is too brittle and decayed to make tools.

Necromancers are found in towers across the Overworld, protected by zombie minions. These illagers run from the player and shoot purple bolts, while when damaged, they spawn skeleton warriors, Their soul, which drops on death, can be used to make both necromantic staffs and books. Staffs inflict Wither for ten seconds, and books grant night vision and regeneration when held - at the cost of temporarily losing two hearts of your max life.

The direwolf can spawn rarely at night. it attacks by biting, and when defeated, drops its pelt, which also can be crafted into 5 leather.

The Onyx Dimension is a brand new dimension that is extremely dangerous. Structures with chests can be found floating or embedded in the ground, but the chests are not used and thus empty. The inhabitants are Onyx Hounds (melee attack), Spirits (purple orb shoot) and Drones (again, melee). Once the player has crafted an Onyx Core, they can fight the Onyx Cortex boss. The three headed robot attacks with purple orbs, summoning onyx drones, and falling purple cubes that damage players who get stuck in them. When defeated, it drops the Onyx Heart, which grants 5 buffs to you when in your inventory.

Nettle Staff: required for the Rosalthorn Claymere. Right click to lay nettles on the ground that damage creatures standing on them.

NOTE: Jei is recommended, as the elemental swords and Notchblade have altered crafting recipes.