Mod Logo and not only!

Hello, here I am a mod creator who is so proficient it chokes him XDD It was a joke. Another of my modifications is The Dark Bloody Mod that adds a new dimension that is swarming with monsters, bosses and generally everything bad. I briefly prepared a list of what the mod adds so I encourage you to read it.

- Ores are generated twice as often from this version!

- Bosses do not spawn. Therefore, blocks with their likenesses have been added to their structures, which summon them when we stand on such a block!

- Long grass has been added and it is now growing in the world of Dark Bloody!

- A new fruit has been added: Blue Gean which we can get from Blue Gean Bush which is also growing in the world of Dark Bloody!

- An enchanted version of the Blue Gean fruit has been added that adds loads of effects after eating!

- A new drop for Orgie has been added, the Orgie's cookie that we can eat and it will heal our hunger!

- Many new mod achievements have been added!

Construction of the portal:

So we build the portal using redstone blocks and light it with a diamond wand.

We have three raw materials because three is an exceptional number that signifies the beginning, middle and end. Back as I said, there are three new ores:

Frenzy Jasper - a bright green redhead you can't afford anyway! It is located on levels 12-5.

Wood Oh yes, I finally added some wood, a miracle! And seriously, there is a wood called Russum Wood in the modification! We can make everything possible from wood, except for a button or pressure plates.

Time for mobs, that is, on the one hand, the most beloved beings in minecraft, and on the other hand, nightmares, and on the third, also XD beasts. 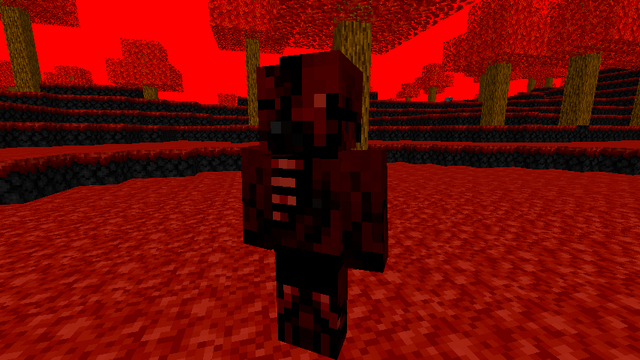 It has 20 health points, it is generated very often in the world and it drops rotten flesh. 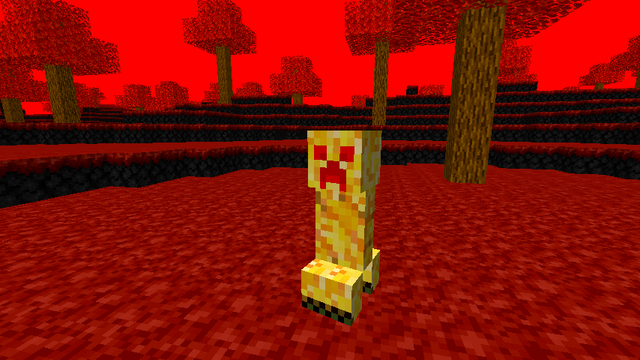 Why smart? Oh, you won't find out, but I will give you a hint when fighting him, focus on what he does with the explosion. Has 15 HP and drops gunpowder. 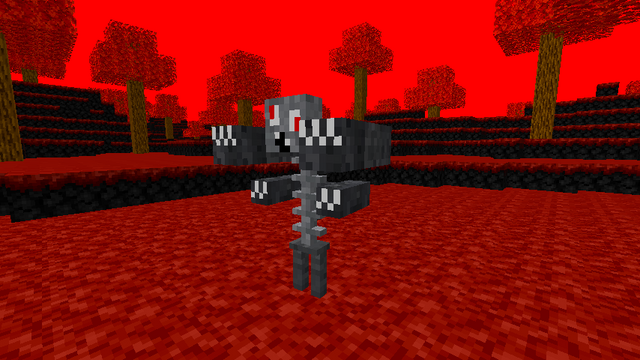 The creature I will say looks scary. It spawns a lot around the world, has 25 HP, and drop a bones, gunpowder and spider eye. 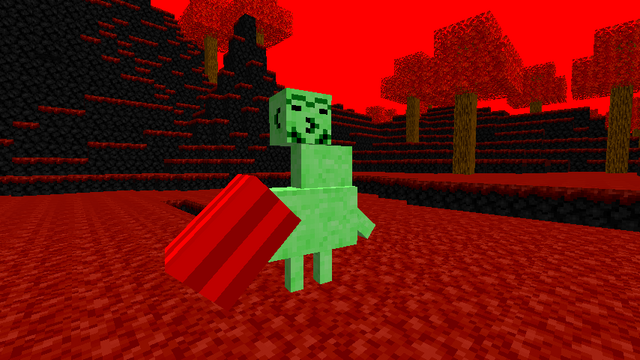 The world has not seen such a minotaur. It is a big and strong mob, it appears sometimes and by the way it has 50 HP and it drops leather and even a diamond! 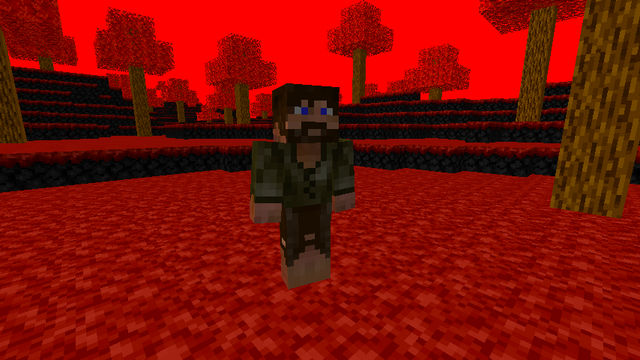 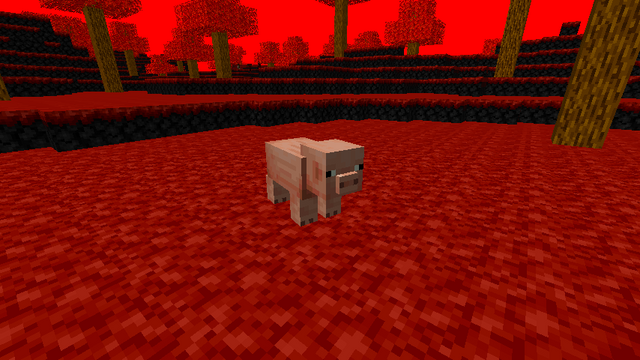 Lerro is a neutral mob that moves around this world and nothing drops out of it. He has 20 HP and when he dies he transforms into Lerro Pig, who has 10 HP and leaves the meat of the pig. To be honest, it's better to die in his place than turn into a piglet, but ok. 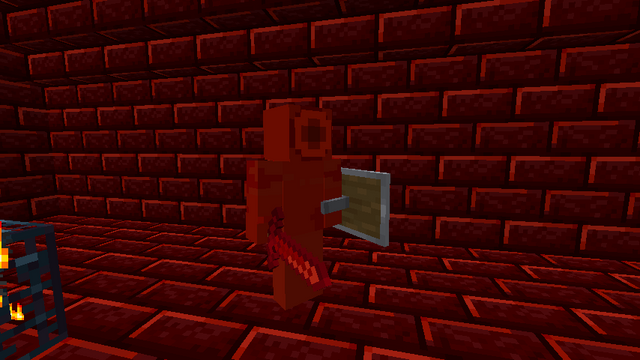 Defender of dungeons appearing as new structures in the world of Dark Bloody. Mob armed with a bloody brown sword and a shield with 20 HP and dropping nothing. 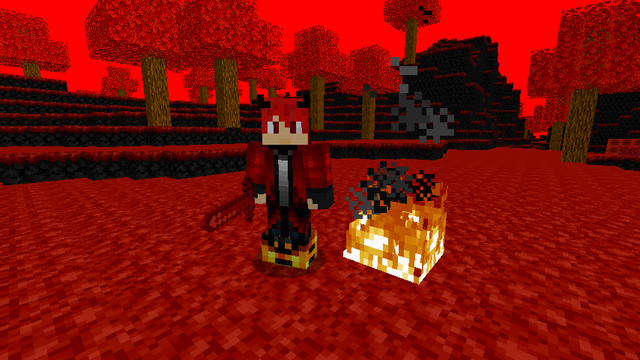 Servant and personal bodyguard of one of the modification bosses! He is armed with a bloody brown sword and wears fire boots with which to make a fire! You can find them in a dungeon or get them from this mob, although it's difficult. It has 25 HP. 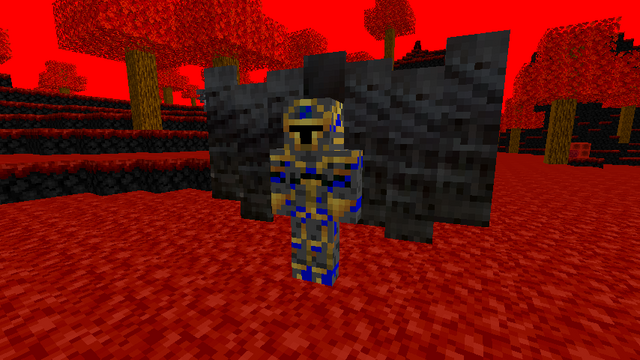 Servant of one of the bosses of the mod and it's obvious by his name. He can fly and shoots deadly snowballs at the player! It has 30 HP and does not miss anything.

We have three pretty powerful mates with life upstairs. Each of them is distinguished by the amount of health, way of fighting, drops and appearance. So it's time to introduce them: 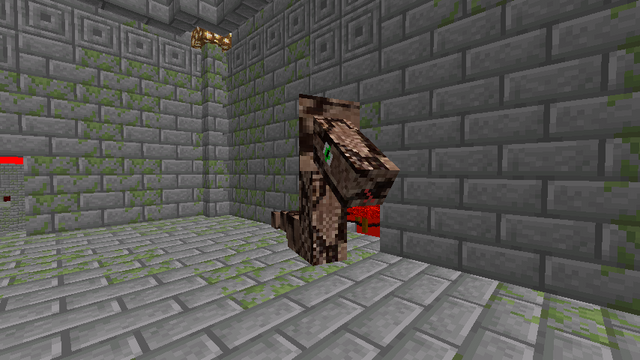 A reptilian boss that can poison the player and is his only blow that can deal the player. It has 200 HP and can be found in one of the structures generated in the modification. He drops leather, a diamond, an ender eye, an ancient armor that I will tell you about later, and an explosion axe, and I'll tell you about it too. 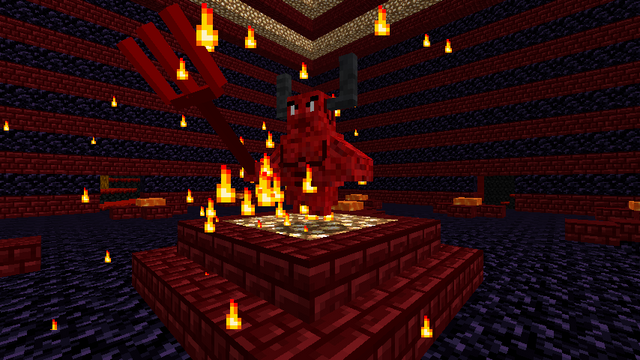 The guy with whom you no longer forgive. This monster has 260 HP and in battle it uses its trident and generates its servants to help. Spawns in structure and drops from gunpowder, frenzy jasper, nether star, ancient armor and his trident. 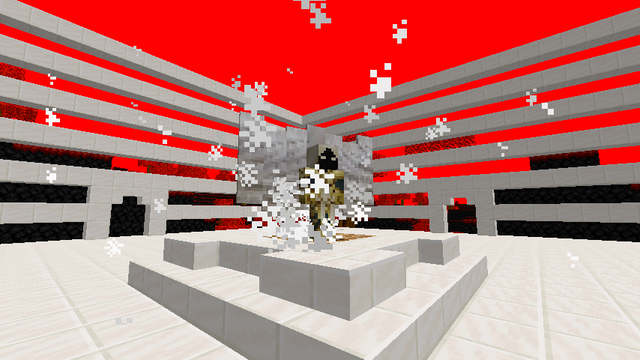 One of the toughest mod bosses, at least in my opinion! A boss appearing in a white structure that can fly and shoots you with bolts of lightning and supports his servants. It has 370 HP and a diamond, frenzy jasper, dragon head, ancient armor and a master sword that I will talk about for a long time fall out of it. 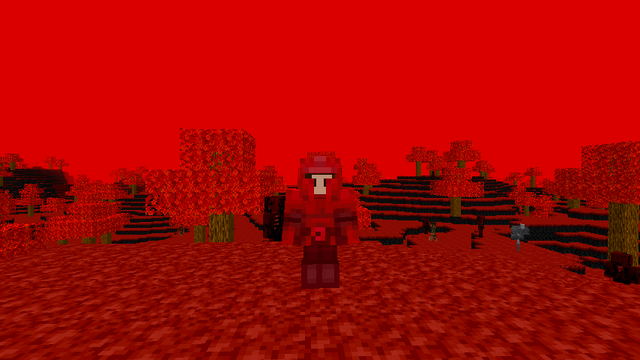 Strong armor with 1000 damage points and 5 defense points! It only drops from bosses and we can't make it.

An ax with strong damage which has a special effect of an explosion if you attack the entity. Dropped by Snake Fang.

Demon's Fragrant Trident falling out of it. Its effect is to shoot fire projectiles by clicking the right mouse button.

The best weapon in the entire modification. It hits specific damage and drops Magna Grum. Its effect is to heal yourself with the right mouse button.

And that would be enough, I know a bit of it, but I have introduced these things that are essential for you to discover. Feel free to download the mod and give a positive rating!