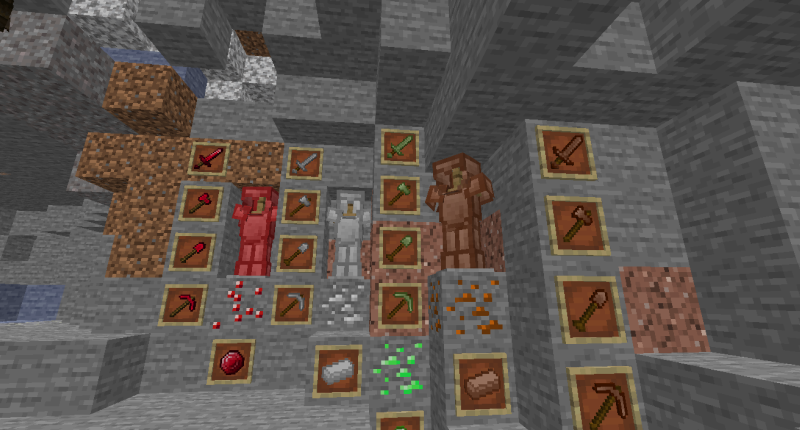 Ores, their armor, and their tools. 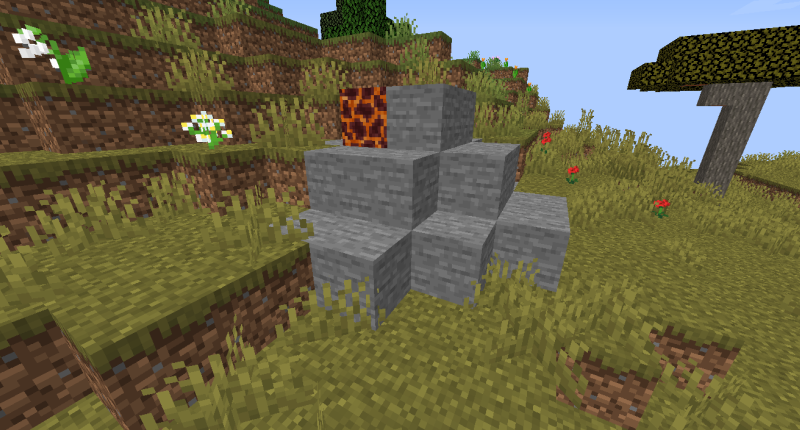 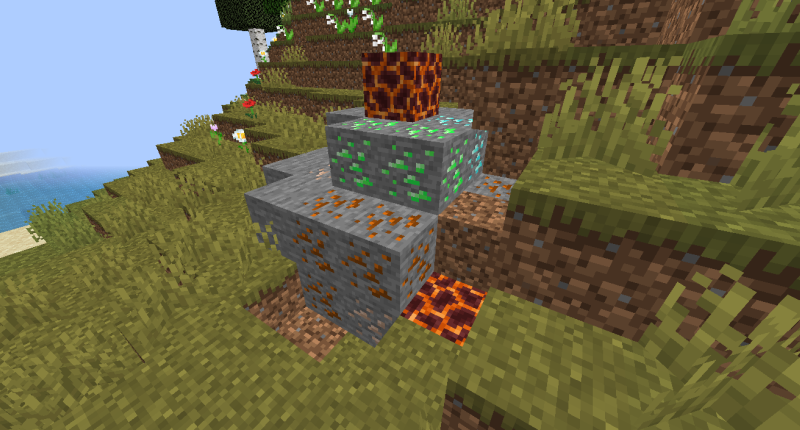 Contents of a meteor 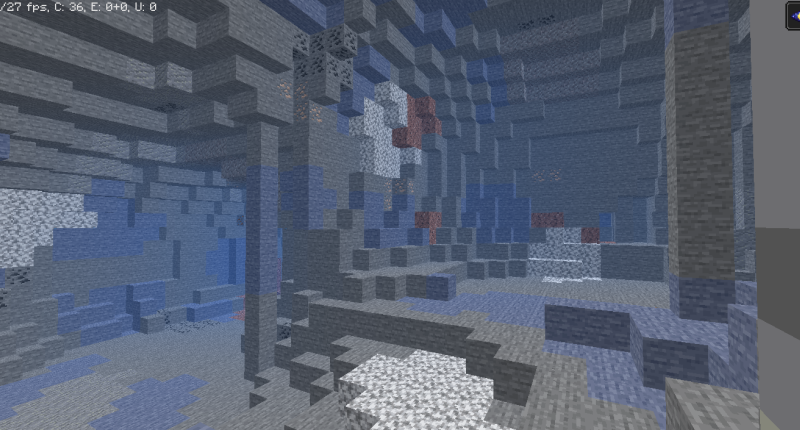 This is basically just a remasted version of my old mod. This is just a demo and uploaded for feedback and bugs. Below is all the elements, what they do, and how you can find them. Some elements of this mod were inspired by Saladifer's MCreator series on YouTube

Spawns below Y level 23. Is almost as strong as diamond, but can only mine the same amount of things as stone. You need a iron pickaxe or stronger to mine it.

The strongest ore in the mod so far. Emits particles. Spawns below Y level 16 and gives an achievement when you collect it.

This is the rarest ore in the game, only 1 spawning each chunk. Spawns below Y level 63. Has no armor set. You'll almost never find it by itself, but there's something that can help you with that...

This is a very rare structurem that only spawn 3,000 times per 1,000,000 chunks. If you do find it though, it will pay off as it is jam-packed with ores (mostly peridot). They spawn both on the surface and underground.

Make sure to bring milk to the mines, because if you stay in there for more than 8 minutes, you will get sick. You will get weakness, mining fatigue, hunger, and slowness for 10 minutes. If you manage to survive in there without leaving, you wont be able to get sick again unless you leave the cave. A cave counts as anything under Y level 60.

This has blocks spawn in certian biomes like dirty stone, sludge stone, sandy stone, and icy stone. If you break sludge stone, it will create water where the block was, which can be both annoying and useful. Icy stone is slippery.