The first update of the year is here and it adds some refreshing new features, including support for shared workspaces, data packs, loot tables, quick modding tools and much more.

This means that now multiple users can work on the same workspace, commit to the remote workspace and then other users can pull changes from other users from their MCreator. MCreator will try to merge changes automatically and if not possible, ask the user to help with merging of the changes. 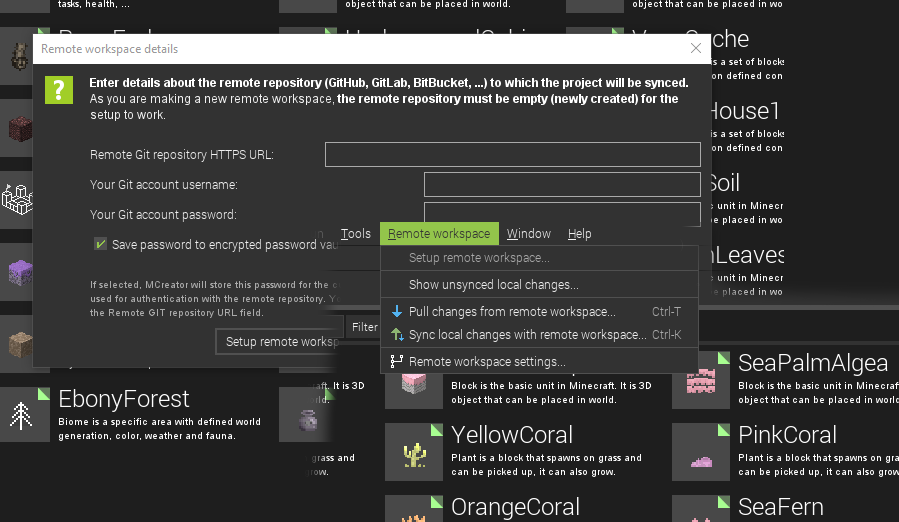 Another new feature are quick modding tools. With these tools, you can make your tool packs, ore packs, armor packs and more with just a few simple clicks. Bootstrap your mods easier and faster than ever before. Focus on the content, not on the tedious tasks.

After this feature being requested for quite a while, it is finally there. Loot tables. You can use loot tables to define new drops and alter existing drops of entities and blocks, and change default loot in chests in dungeons, villages, etc. You can use them to define loot for your custom structure chests too. 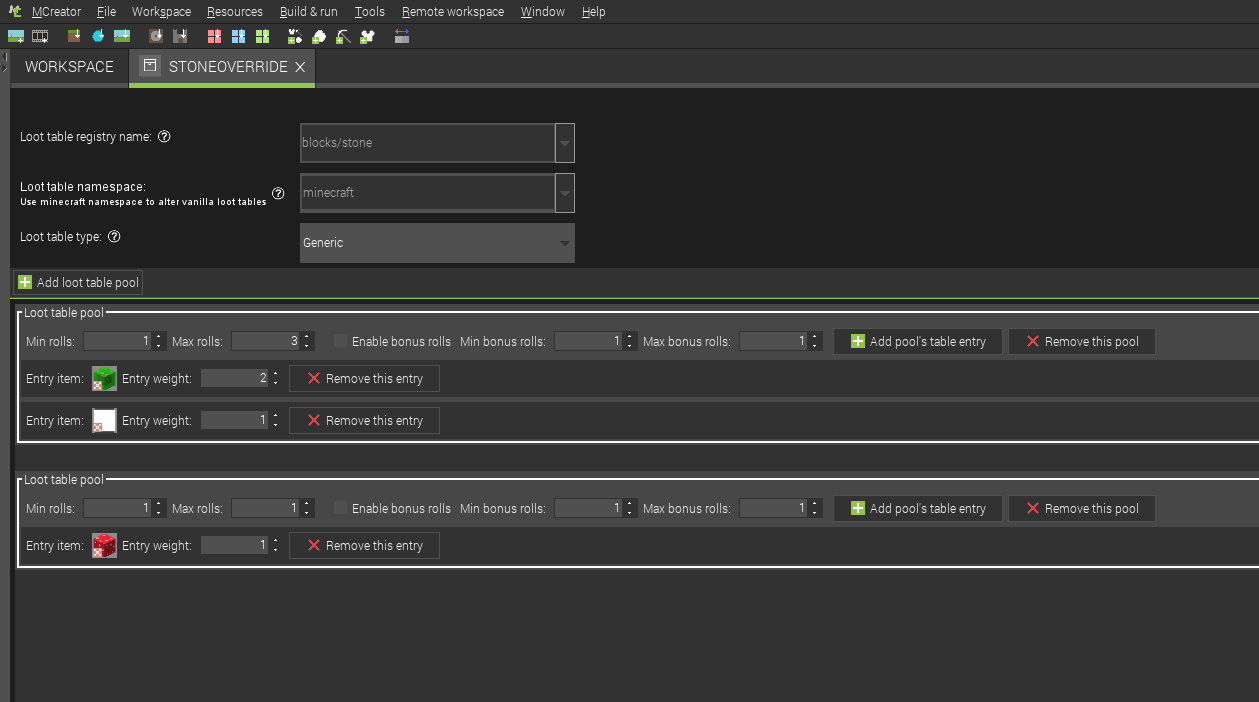 Advancements finally got the attention they needed too. Now many other options can be defined, including reward options such as loot tables to reward and functions to run. Another important new feature is the advancement trigger builder which offers you to quickly build some of the more basic triggers without having to make a procedure for said advancement.

Minecraft offers to make data packs for quite a while now. Data packs are a type of mod with a bit limited options at the moment, but no external mod loader is not needed as data packs are supported by Minecraft natively. One can now make their own data packs with MCreator too. 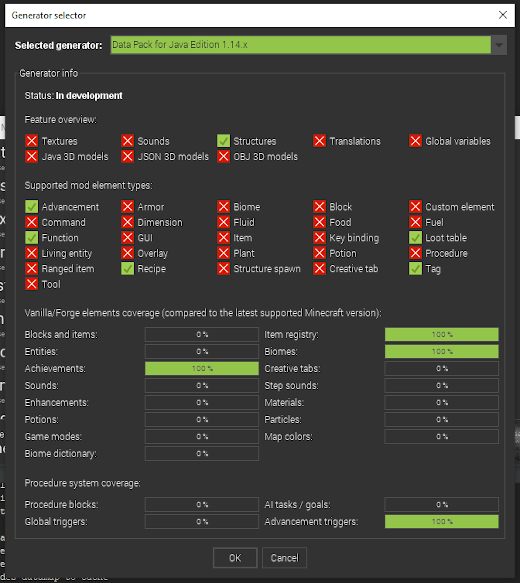 The article would be too long if we described all the changes and bug fixes in-depth, so you can see the full list in the full changelog of this release here:

UPDATE: We have released a patch update to fix some bugs found in 2020.1:

UPDATE 2: We have released a second patch update to fix some bugs found in 2020.1:

If you have update notifications turned on in MCreator, you will be notified if you need to patch on your next launch of MCreator. To apply the patch, redownload and reinstall MCreator 2020.1

As always all the updates are always very good and very well done.

Yey! Th8s version was really fast to be released. Less than two months. Good job! I wait the next update for the custom recipes for brewing stands and other blocks!

Oh and why don’t you also put support for 1.15 Data packs?

We will in 2020.2, we could not afford to do this in 2020.1 due to time constraints and resources available. Drawing all the textures for new blocks and building mappings is a lengthy process.

yay that is in the changelog now

I’m excited to see what comes next! Question: Will there be more updates to mob creation in the future?

Well done developers, it lacks more than the updates for have mobs

What do you mean with "more than the updates for have mobs"?

That is a bit rude, these people have made this software for free and for everyone to use without need of payment. Your sarcasm suggests you think this process is easy and if it is so easy, try to code mods yourself. At least be grateful that you are getting good and free software.

Some people just take things for granted and feel entitled to 24/7 support and expect us to overdo and overload ourselves for nothing in exchange, that's how the internet is, it seems. Thank you for acknowledging our work, you two :)

Thank you for the fast update! I can't wait to start using new features.

the ore packs made things a lot easier for me to add new armor, weapon, tools and blocks. thank you so much.

You could make a mob element for datapacks by making it create functions and models and texture and that kind of stuff!

This way you can override existing mobs, not add new ones. One can not add textures with data packs, textures are added with resource packs.

You could use MrCrayfish's Model Maker to make the custom models.

But when my friend want to pull change