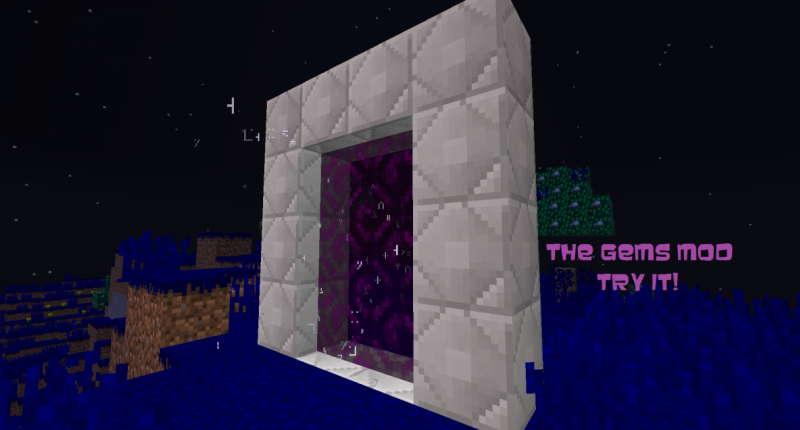 Finally, The Gems Mod was remade, retextured, reworked, featuring new elements, along with the older ones. This mod is kinda weird, but still very fun to play, it features a lot of dimensions, new ores, powers, and much much more to be added!

-Added functionality to the Light Gem (also reworked its recipe)

-Added Bosses (creative only for the moment)

-Restored the way to get rare gems

Mod showcase and screenshots coming in next version!

Please keep in mind that this mod is in Alpha 2.0, bugs will occur, things will be added.

KNOWN BUGS: -Armors have no texture in inventory or hands

In the the lang folder of your mod file you can put the translations. For expample, EN_us.lang (or something similar) is the English

@#1 Thanks Raol! Already working on that! Sorry about the time without posting, as I explained above, I lost my PC and it's content, including the mod project, it will take a while so I can post again, but it will arrive xD!

Guys, please tell me what languages you'd like to see in the upcoming versions!

@#2.1 I'll try my best to translante accurately, if the lang file help me hahaha xD