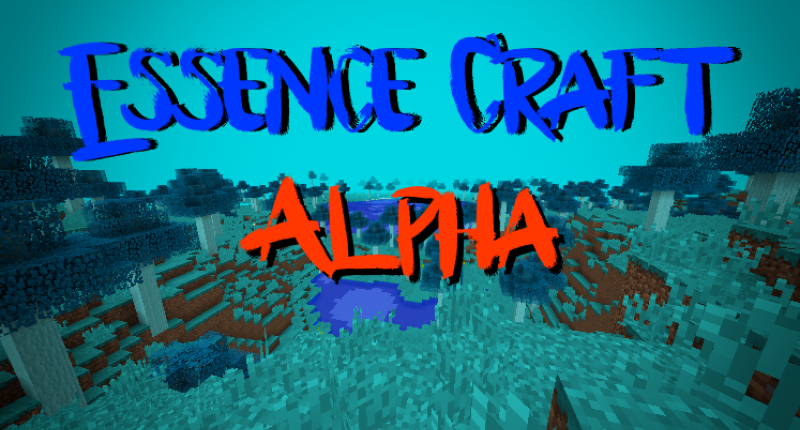 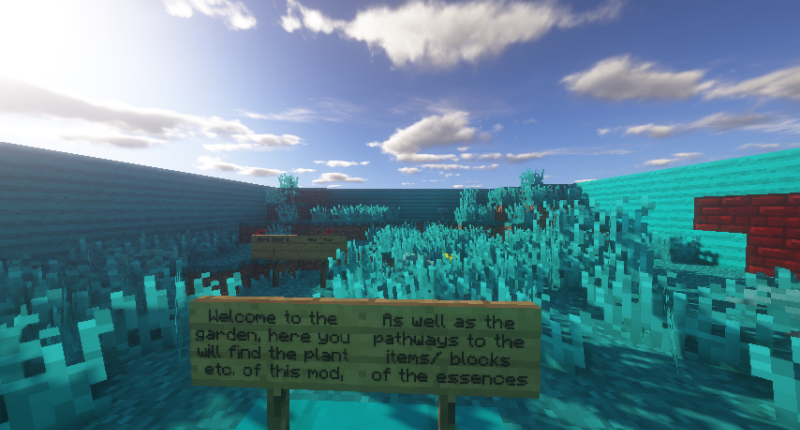 (ARGGHHH HOW DID I GET MOD OF THE WEEK?)

Welcome to Essence Craft Alpha
Essence Craft is a mod about the elements, refered to as essences, the mod is in EARLY ALPHA, it is no-where near completion, and ALOT IS PLANNED, AND ALOT IS MISSING/BROKEN, if you have any issues or ideas, post them below​

Essence Craft will have 3 basic elements, followed by 3 advanced elements, which will be combined to make the final essence. (note that that will probably take a while to actually be in the mod) it is to have many dimensions, bosses and more. the mods most unique feature is the mana bar, found in the top-right corner of the screen, upon use of certain items in the mod, it will depleat and will only refill with the use of a mana potion or the command /moarmanapls​

The pure essence is the most basic essence, hence the name 'Pure' Essence, it does not have any special powers, however it is used to create the other essences.

It spawns around diamond layer, and upon smelting it will give a Pure Essence Ingot

The Essence Extractor is an EXTREMLY important block, upon right-click with an Essence Ingot, it will extract its essence and give you Pure Essence Powder

Pure Essence Powder is the most basic possible essence in the game, it is crafted by right-clicking an Essence Extractor with a Pure Essence Ingot. It is used to create the essences for the other elements using their respective infusers.

The Familiar Catcher is used to obtain a pacified version of certain mobs inside this mod. it uses roughly 5 mana upon use

The fire essence is the most self-explanitory of the essences, as its uses includes creating rings of fire, armour that creates trails of fire and more.

The Fire Infuser will starts off in its off state. while it's like this, it is useless and cannot turn Pure Essence into Fire Essence. To turn it on, follow the steps bellow:

You have now made an activated Fire Infuser, you may remove the Ender Infuser atop it. If you right-click on the block with some Pure Essence Powder you will recive some Fire Essence Powder, which can be turned into a Fire Essence ingot or a Fire Core, both of which are vital to crafting fire items

The Fire Essence Ingot used to craft items such as the Fire Sword etc.

A fire core is used to craft certain items in the mod as well as the Fire Infuser.

Fire Tools
The fire tools are self explanitory, they are simply a Sword, a Pick and a Axe, they are crafted like how you would expect, except with blaze rods instead of sticks. the axe and sword have a seconed ability that give temporary fire imunity, however it will cost 1-2 mana

The Fire Wand is a wand that creates a ring of fire around the user, it costs 1-2 mana upon use (note: it is currently craftable, this will be replaced by a structure spawn in later builds)

The Upgraded Fire Core is used to activate the powers inside the Fire Armour, activating the boots fire trail and the fire resistance

The Fire Armour is, well, a set of armour, when it is equiped by itself, it will do nothing, however, if you have a Upgraded Fire Core in your inventory, its powers will initialise, the boots will create a trail of fire and the Armour will grant fire resistance.​

The Fire Brute Familiar is an item that will spawn the mob of the same name, it is obtained by right-clicking a Fire Brute with a Familiar Catcher

The Fire Brute is a simple mob that spawns in the nether and attacks the player. It has a chance to drop a fire core upon death.

I've tried this mod and I've played the tutorial map... Congratulations, this mod is really well done! I like especially the mana bar and the Fire Infuser!

Are you going to update this mod?