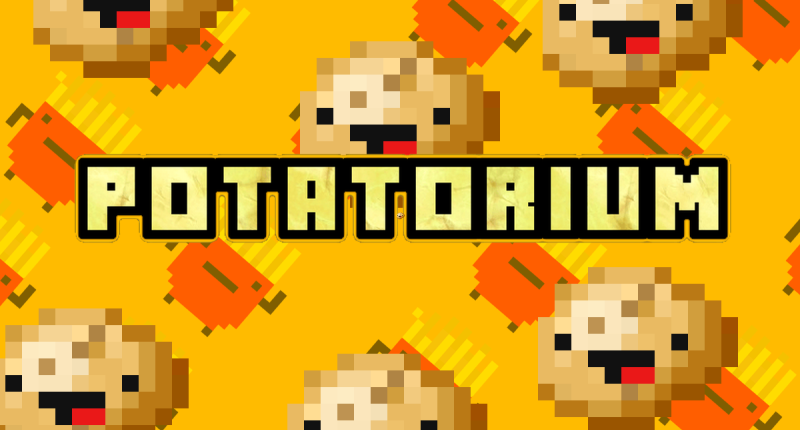 Do you always wanted a world full of...potatoes !!!!

...No ? Naaah,i don't really care ! But if you want a world full of potatoes,and even fries,it's your day !

A brand new mods,made by me ! _chuchu_ ! This is my first mod,but not my first touch with Mcreator !

Want to know more about that mod,don't cha ? :P 2. With a potato and an iron ingot,you can make "Potato and Steel", What's the utility of that thing ?...Maybe making a rectangle of Potato Block and right clicking with this is going to make something ? :o 3. With two Iron Ingots and one potato,you can make a brand new ingot ! A Potatite Ingot ! This is a wonderful metal :D !

5. You can makes Potatite Tools ! But you need Fried Stick,maybe jumping in a portal to go in a Fried Dimension is going to help you ? :O

6. With the powerful item i showed (or not 'p') and a wooden sword,you can make a little nice buddy ! Maybe if you throw him,he's going to be alive ? But don't try to kill him,or he is going to be a little..annoying ! 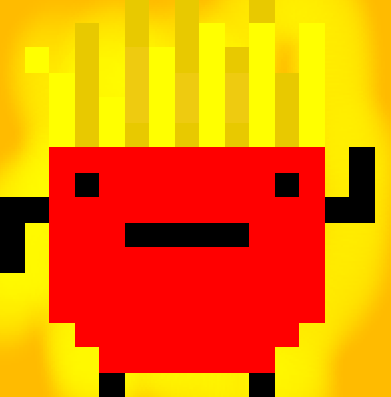 7. EVERYONE likes Fries ! Oh..You don't like them ? It's okay ! But now,Minecraft have fries ! Just place a potato and a wooden sword,and you're going to get 9 raw fries !

8. You can now have a Deep Fryer ! The craft is pretty simple but pretty expensive. But it's an empty Deep Fryer ! You need to fill it with Boiling Frying Oil ! If you put fries in boiling frying oil,you can cook them !

If you put a potato in it,you can make an Hardened Fried Potato !

Hardened Fried Potato is a new material,he's going to be more expensive in the future. He's better than Potatite.

If you filled your Deep Fryer,but want to empty it,you can ! Just take an empty bucket and right click on the filled Deep Fryer,you're going to get a simple Frying Oil !

A new food ! Made with leaves,sugar and a potato,it gives 7 hunger point !

You can now make Frying Oil ! It's very simple to make !

11. Hardened Potato Tools are better that Potatite Tools but replace Potatite Ingot by Hardened Fried Potato ! And the craft of the sword is slightly different :

12.  Each update,there is going to be a secret tape in the mods ! The previous tape was Blue Tape ! Here's the craft :

Try to find the new each update !

14. King Potato's Crown have a utility ! Check below !

You can place the King Potato's Crown on the pedestal and it gives you an archivement !

It's a flower in the center.

DON'T READ IF YOU WANT TO DISCOVER THE DIMENSION YOURSELF ! (AND THE MOBS :C)

If you read that,you want to know more about the dimension !

First and the Only Dimensions (For now) : The Potatorium

It's a nice and peaceful dimension,where Mr.Fries live ! They live in infinite forest of Fried Wood !

But don't try to kill one,or he is going to lost all of his fries and he's going to be really mad ! If you kill it without his fries,he is going to die and became a peaceful but sad ghost,you can kill him too,and he drop Ghast Tears !

Fried Forest. Place where live Mr.Fries and Fries. You can also see Empty Mr.Fries in that place. 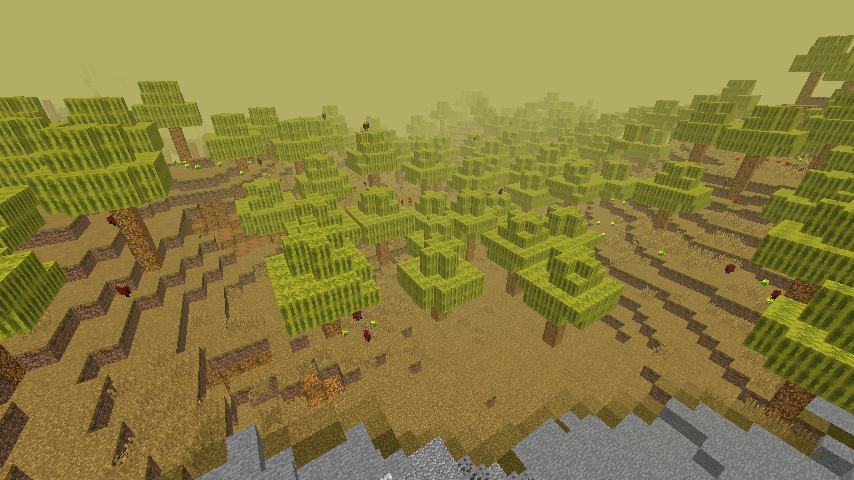 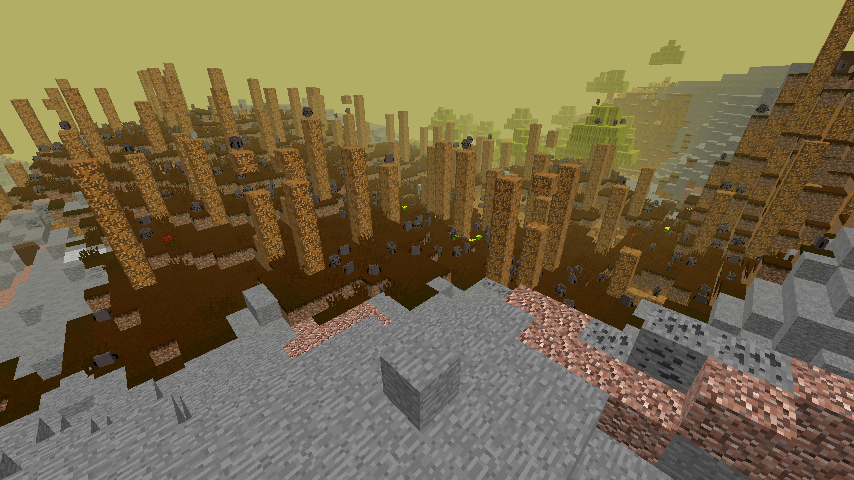 Potato Mountain. This is where lives Living Strange Potato. You can find stone and ores in that biome. 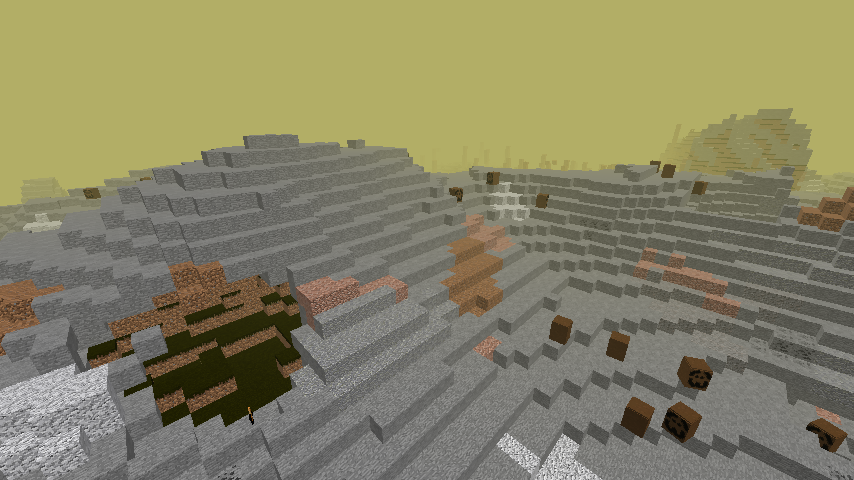 Mr.Fries is peaceful and drop nothing !

Empty Mr.fries is agressive,but just deal 1/2 dmg and drop nothing,but he appears with some fries around him ! They have a really good speed but they drop fries ! And everyone LOVE Free Fries ! <3

Strange Living Potato is a common mob ! If you kill it,there is 10% of spawning King Potato ! A new little boss ! Try to kill it and you're going to get his crown ! 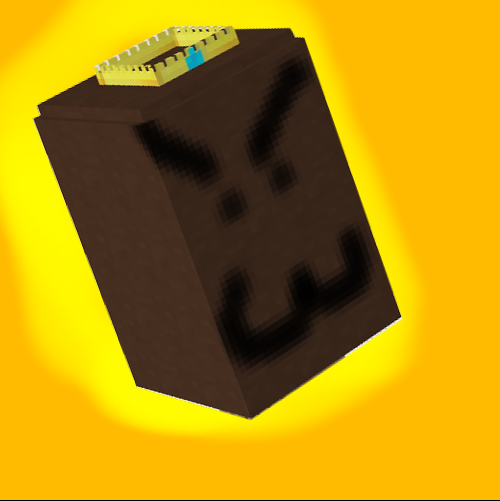 With the 1.0.3 Update,there is now Achivements for the mods ! 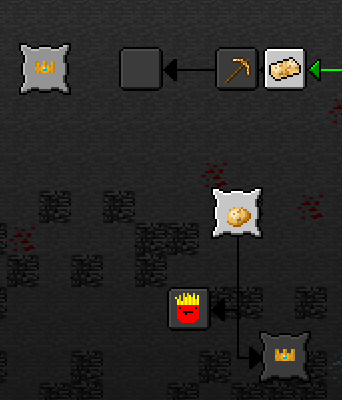 Each time you kill a boss (King Potato for exemple),a trophy is going to spawn,break him and you're going to get loots !

When you break a trophy,the loots are randomly chosen.

Here's all the things you can get in the trophy ( You just get some,not all the items)

- Added Pack of Raw Fries,Pack of Fries and Raw Fries

- Added Hardened Fried Potato and Tools in it.

I really hope you're all going to like this mod,because,it's my first,and i'm going to update it each day !

Download link at the up right of the page !

Thanks for reading ! Sayonara !

A mod rather strange but seems to have a good future due to the update every day. Good job ;)

Ah and sorry for the joke :(
I can never say it in front but sorry if you did not like it ...

Now I waant some fries...
Great mod, I LOVE FRIES.

@#4.1 I am a texture artist that does professional textures for Minecraft and other companies i wanted to know if i could make a few textures for this mod (Doing it for free cause I'm bored)

Thanks all for choosing me for being Mod Of The Week <3 I will keep my promise and update that mod everyday for you !

i cant see the link

@#6.1 https://i.imgur.com/CPUvpvi.png At the right up of the page,check the image.