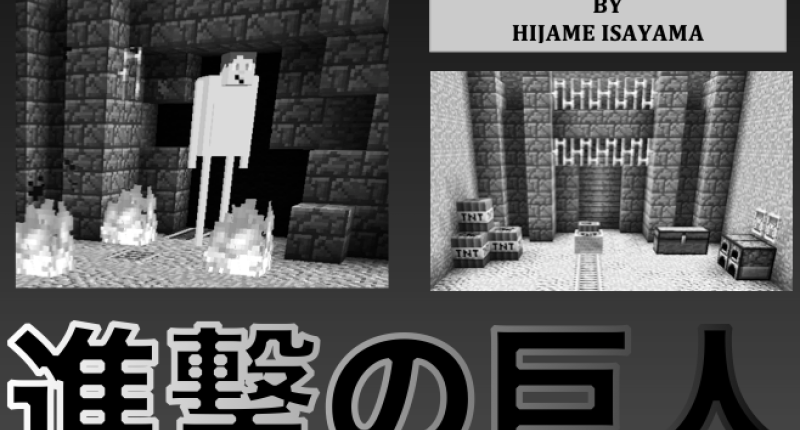 Based on the Manga/Anime series by Hajime Isayama.

Generation 5 is on its way!

-Reverted back to jump-boost ODM gear. (Hold ODM related devices in hand to use gas/hooks-speed & jump-boost)

-Added Thunder Spears, explode on impact & are launched via the ODM trigger device.

More is yet to come!

*hit-box still at the base of the Titans instead of the nape.

*Titans spawn at night instead of day.

Ooh, I see my mod is trending.

Thanks for supporting me.

If you like this mod please support it by nominating it for mod of the week.

And a few other minor additions & fixes.

NOTICE:
Even though it will be largely based on the two films, there will still be a lot of content from the anime.

NANI?
This is amazing.
the sloth recieved another download on his shingeki no kyojin mod.

Thank you very, very much!

I've added a couple of images from the newer update. I hope that helps.

I haven't really added the Titans in yet but when I do I'll add plenty of images.

how did you get your titans to animate also cool mod

I used the in-built animation thingy that Creator provides. (It only works for 4-limbed mobs though.)

And also, Thank you XD