my preferred way to build the portal 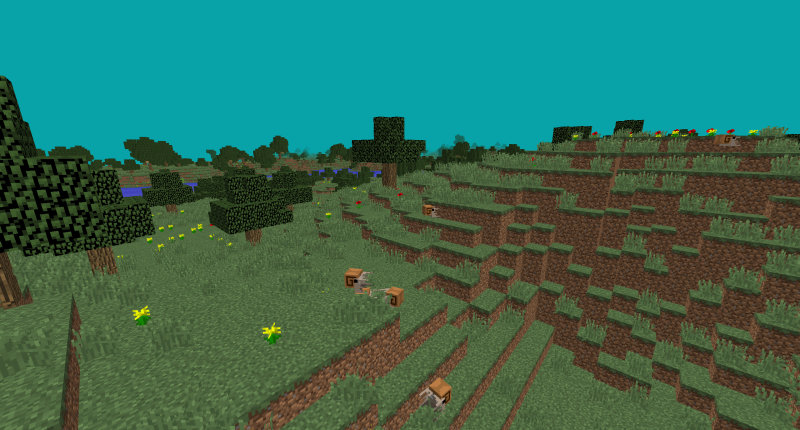 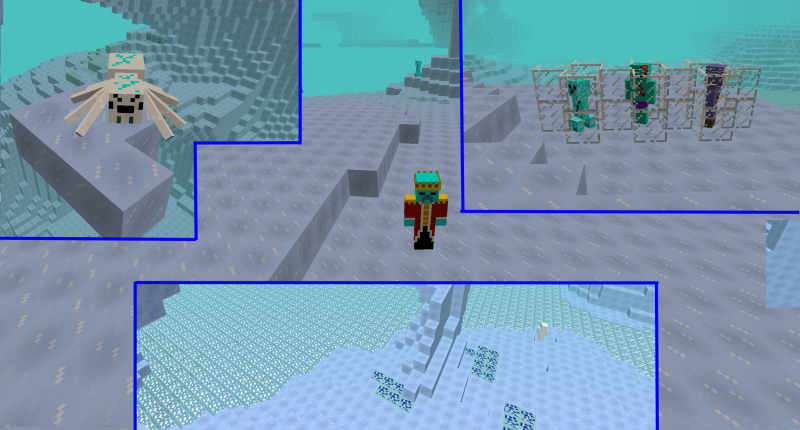 (also darklight is canceled not horray.)

story: a long time ago, in another dimension, there was a beautiful land. the king of that land constantly had to keep the evil forces of ice at bay using his secret weapon: the sea core. but in the end, the king fell in love with an ice princess. he and the ice princess gave birth to a son. the child inherited from his father great leadership qualities. from his mother he inherited slyness and trickiness. as he grew, he kept on feeling a strange attraction to the lands of ice. when he came of age, he traveled there. time in the lands of ice slowly corrupted him. he gained power over ice, and renamed himself D'xor, which means king of the frost. he led the forces of ice to battle; and he won. he froze the sea core, therefore freezing the land, renaming it myst. as for the old king, he went into hiding, never seen again.

later, an explorer was exploring the nether. he was hot, and wished it was colder. suddenly, he noticed a purple sparkle. he turned, noticing an ore he had never seen before. he mined it, and brought it home. he went to put it in a chest, realizing that it, and snowballs were reacting together. he crafted the snow and amethyst together, getting him a bluish crystal. when it reacted with frames of quartz, it created a portal. the explorer stepped through the portal, entering myst.

in myst, you will find several hostile mobs waiting to kill you. frostbitten are zombies, frozen from the cold. there are ice creepers (because anything Minecraft needs creepers)

there are also yetis and ice spiders. and there are eskimos, the former inhabitents of this world who will attack you if you attack them.

try finding resources in myst. there are building materials and frozen saphirres. (also called frostuum) these saphirres are stronger than diamonds!

your goal is to find and kill D'xor. he is summoned by a special totem! when he is killed, he drops the sea core that he froze many years ago,

if you can restore it and use it to light the portal, you will restore the land to its former glory.

Finally! the final release of this mod is here! se changelog for details.

please feel free to give suggestions, use this mod in a modpack, and report bugs.

PLZ UPVOTE TO SUPPORT THIS MOD!!!!!

added some random stuff cuz i was bored.

Looks really cool! Though I'd recommend using a dodge/burn (the burn part) tool on your custom textures at random, just streaking it across the texture with the mouse held down, to make them look more natural instead of monochromatic and blocky. Seems like a cool concept though!

Nice mod and image, but I think you should clean up the description. In my opinion, a long lowercase block of text scares users away even if it is a good mod :(

I applied for motw, who thinks I will win?

yes this should be motw

Nice! I like how you made special functionality with the boss!

looks excellent man! Didn't test it yet but I'll try to downlod it.

I liked your mod! Congratulations on the development! :)

thanks! are you excited for darklight?

thanks! excited for darklight?

I don't understand why this isn't mod of the week

it's llok cool, but if you want have more download, just try to put your pictures more clean. :)