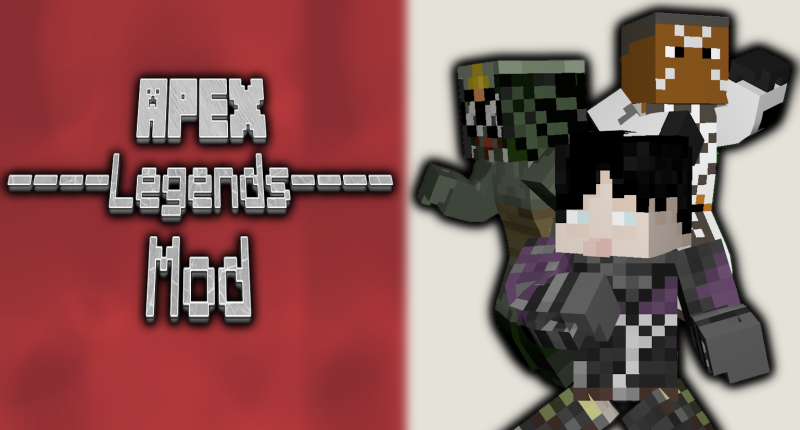 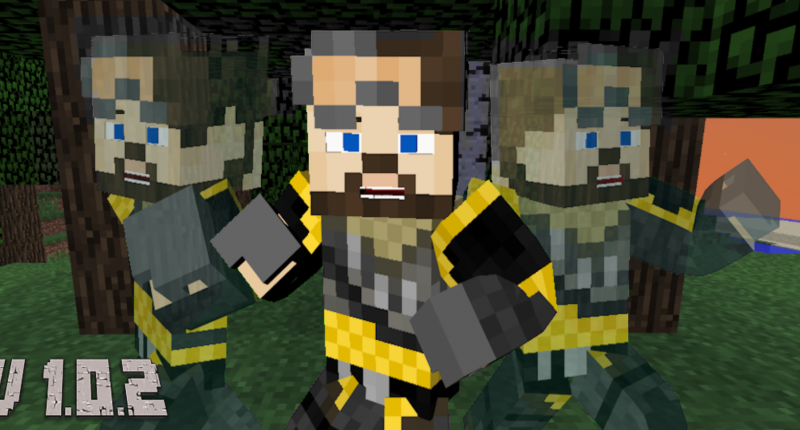 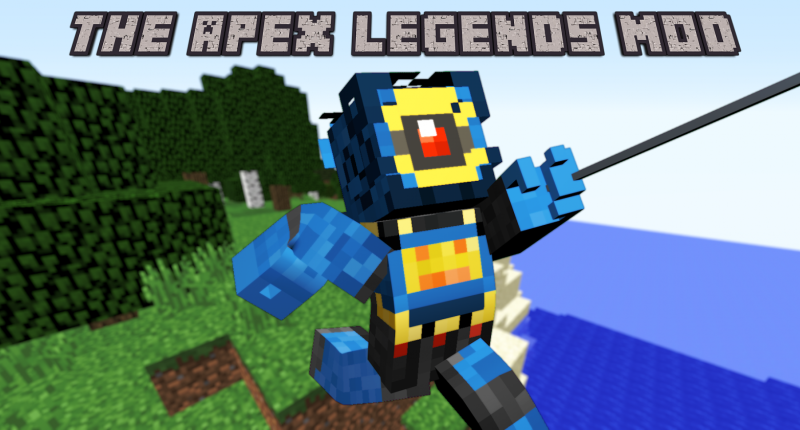 The Apex Legends Mod brings the Abilities of Apex to Minecraft!

I have made many other mods from other video games from Cod Black Ops Zombies to Rainbow Six Siege(discontinued) Go check them out!

What's in the Mod!

The Apex Mod adds abilities from some of the 9 legends(AT THIS TIME!), V1.0.0 Pathfinder's Grappling Hook will act like a "ender pearl gun" it will shoot out a hook and where ever the hook lands the player will teleport to the hook, Caustic's Nox Trap is a throwable block that will poison anyone and anything when its lands, the entity will stay poisoned for as long as their in the smoke(the slime particles), Gibraltar's Sheild when you press "X" you will turn it on and "C" to turn it off, but when its on hold shift to be immune to all damage, Octane's Stim will give you a Speed boost for some of your health it would be good to use for getting away from a player or mob that is being annoying, will give you Jump Boost effect that when you jump will launch your 5-6 blocks in the air, Watson's Perimeter Security Fence will damage(1 heart) mobs and slow them down(This will soon need redstone to work), Bangalore's Smoke Launcher will make for a great get away for mainly for players in a pvp fight or for a role play setting, and Lifelines D.O.C Healing Robot will slowly regenerate your health and will follow you around, Kill it to pick it up again. Common,Rare,Ultra Rare, and Legendary Ore will spawn around the world underground you can look at what you can craft with them down below in the Recipes Section.

V1.0.2 Mirage's Arm by right click will create a clone that when a mob or player collides with it they have the glow effect and THE MYTH THE LEGEND THE MOZAMBIQUE!!!!! Its made with dirt :DDDD

NEXT UPDATE! (This Text Will Update)

Cool mod :)
Could you also explain what do the added features do though?

Nice mod :)
Great custom models :D
Just do what Raol said though, always make sure the description is as detailed as possible.

Thank you! What might be the problem your having with keybinding?

Raol and Cookie I will get on it right now!

Can you bring this mod into 1.16.5? That will be so cool.
Also, for wraith's power, I have ideas but I'm not sure how to incorporate it into a mod. Its just suggestions, you don't have to do anything.
When you press "q" or whatever key you want in the controls menu, you can phase, or in other words get resistance 255 and therefore immune to all damage for a few seconds. However, you won't be able to interact with chests, doors, or buttons or anything else like that during that time. It would be cool if the screen could turn blue like wraith's phase, but I don't know how to implement that.
For her passive, when hostile mobs are close it gives them a glowing effect, so it sort of warns you that danger is close.
And then for her ultimate its just like a nether portal or a visual portal that'll just tp you to two destinations.
I'm also not sure how to implement this, but sliding and climbing would be cool additions to the mod.
Either way this mod is great, amazing work!