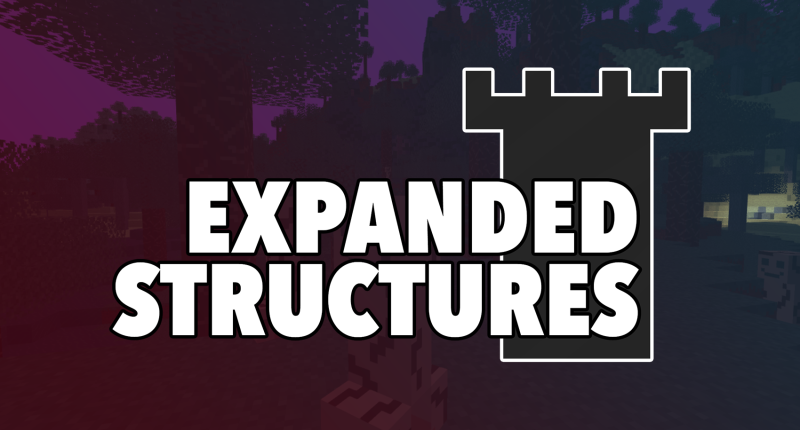 Logo with Incidious Biome in the back. 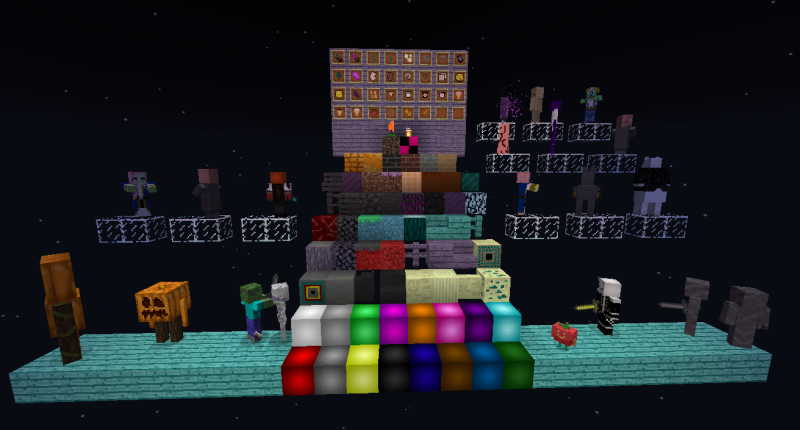 Everything as of version 3. 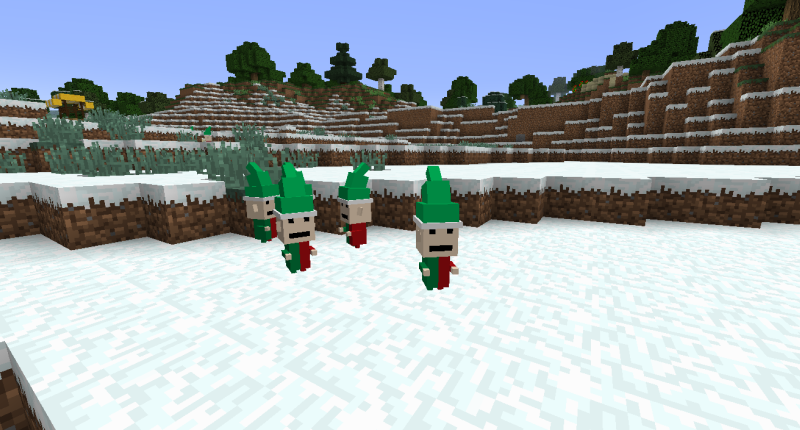 Elflins (Added in Public release 4, the Winter (and final update)). 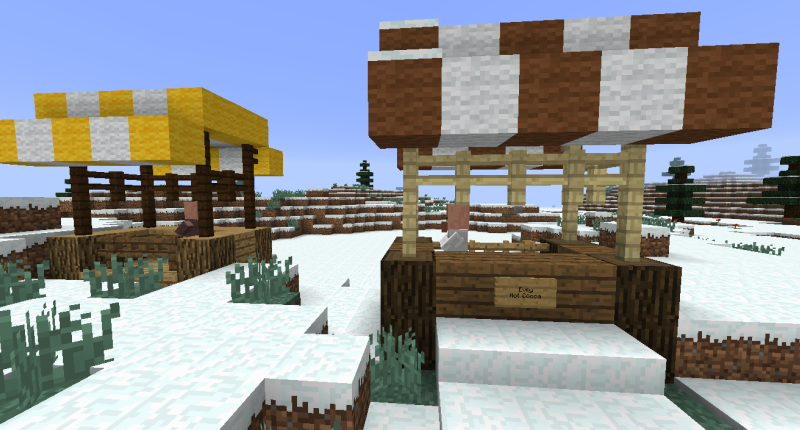 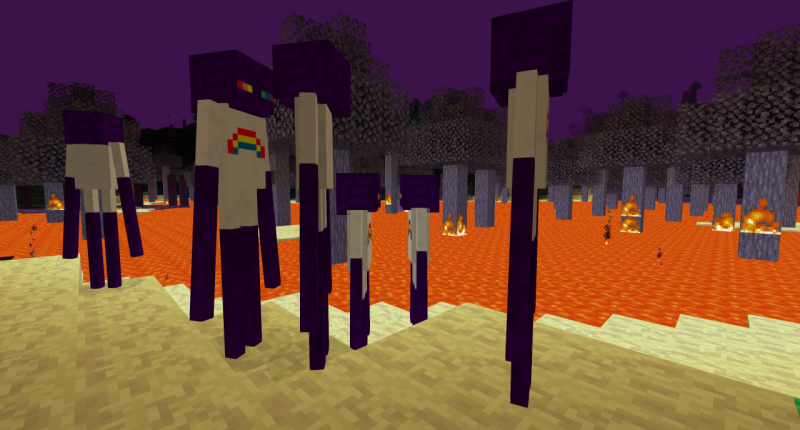 Enderfriends in the void biome.

This is a mod that adds new structures to every vanilla dimension, beyond the dungeons, strongholds, etc.

This is a super common structure, created as a winter variant to the Lemonade Stand. Drink up for some cool buffs!

Structure added in PR 3.0.0. in which you can acquire smash pumpkins to make the new items.

Structure added in PR 2.0.0. in which you can acquire Waffle Cones and Melted Ice Cream.

Structure added in PR 2.0.0. which holds all the blocks added thus far in the mod.

This is a decently common structure that is home to a new mob known as the Undead Librarian. You can aquire a enchanting table as well as get the new item called lighting crystals that are used to craft dyed lights.

This is another decently common structure, however it is harder to find than the library as it has no light and is smaller. This is used to get new items call Key M's. This is part of the process to getting to a new dimension called The Mineinsion.

Tomb of the Villager

This is a structure that kind of plays off of the desert pyramid. Only found in the Desert. Here you will fight the Mummified Villager, who is a new boss that throws golden daggers at you! Make sure to find the treasure buried with him in his tomb after beating him!

This is a structure that can only be found in Plains biomes and can get you some emeralds and one shulker box.

This is a decently rare structure in which you take on floors of mobs until you get to the Keeper of the Tower (another new boss). As you go through this structure you will get the items needed to make a new food item called Rock Candy. This food will give you six hunger bars filled as well as one level.

This is a super common structure, created as kind of a joke for my friend. You can use it to buy lemonade. Be careful, it might make you cry!

This structure is guarded by a new mob called the Fire Den Guardian (real creative name.. amirite?). This structure is used to acquire Blazing Flowers which can be used to make a new block called a lantern!

These are just trees that spawn in the end. I just made them structures for them to spawn there, just disclosing.

This is a dimension all about mining! There are no new structures here, it is a reward for visiting other structures.

This dimension is also a reward for visiting structures, however this one hold structures of it's own in addition to just being plain... off. Here you will find (as of right now) four new biomes with five (technically seven but) new mobs! This biome will be tweaked and revised as time goes on but it is in a well enough state for now. Happy Exploring!

This is an Upside Down variant of the Library structure for the overworld. It includes a new variant of the Undead Librarians as well. This one will grant you an anvil rather than a enchanting table.

This is an Upside Down variant of The Tower structure for the overworld. It includes one of the new mobs The Skid, in place of cave spiders, as well as the variant of the Keeper of the Tower.

Keeper of the Tower

Corrupted Keeper of the Tower

Final note: I really suggest Not Enough Items for this mod as there is a lot of crafting to advance to new dimensions.

Show me what you've done with the mod on Twitter: @The_CryingCloud

Share bugs and feedback on our website (you can also see what's up with Expanded Structures 2) here.

Will add more detail here shortly. Thanks for the comment.

If I may ask, how exactly did you get the Enderman model to work. I have tried Techne and Blockbench, but they do not work correctly.

I got this mod called Tabula I believe, which essentially lets you export the java file from Minecraft.

Nice mod :)
A little more detail in the description would be nice though.

Will update it to be more detailed shortly! Just kinda rushed it up because by the time I had gotten to the point in which I wanted to release it, I was really tired. Also, thanks for your support!