The Color Out Of Space

A mod i made based off of my favorite story by H.P. Lovecraft, The Color Out Of Space. 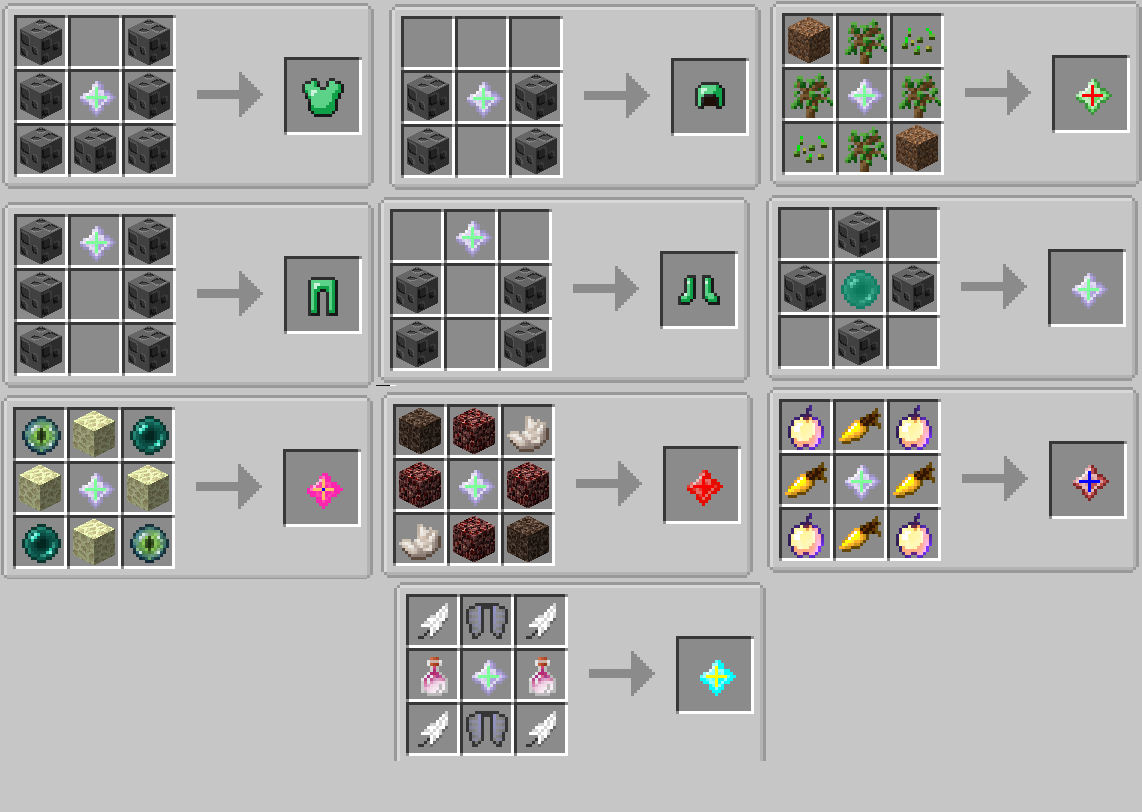 WARNING: this mod contains some spoilers for The Color Out Of Space, so i suggest reading it first as it is a really good story.

anywhere in a plains biome, a meteorite can spawn. as soon as a meteorite is loaded, a process happens that lasts 42 real life minutes, or about 2 in-game days.

The process is as follows:

-after 10 minutes of the meteorite loading, the meteorite part itself disintegrates, revealing  the orb in the center. if you want, you can obtain the meteorite itself with a silk touch pick. this material will be useful later. -i recommend taking the orb before the final phase as it will destroy the orb in that phase. -after an additional 10 minutes, the area around the original landing site will become "infected" and all entities in the area will also become infected. -22 minutes later, the dormant creature erupts from the ground, taking all of the life force from the area, and killing, or severely wounding all creatures inflicted with the infection. it leaves nothing but death behind as it returns into space. there is also a blasted heath biome that just contains the orb for collection.

now, you wouldn't just download this to see your pigs die to a space rock, so why would you?

i have added some gear that is obtainable with the collection of an orb! (or 9)

with 1 color orb, and 4 meteorite, you can craft a color catalyst!

now the color catalyst has many uses:

(note: all of the catalysts can be used indefinitely)

-You can click on a meteorite with it to grow a color creature of your own! it will spend the 42 minutes going through the process, and then blast off into space once it is done!

-You can make armor! with 1 catalyst and a bunch of meteorite, you can use the properties of the catalyst to prevent the meteorite from deteriorating while you wear it! each piece of armor has a different effect tied to it which are as follows:(helmet- Night Vision / Water Breathing, Chestplate- Haste, Pants- SpeedIV, and boots- Regen 3) That is all i have in this mod for now, if you have any ideas, suggestions, or bugs, please let me know in the comments!

good as the book

I've never read the book, but this looks like a cool mod :)
Anyway, the dimensional catalysts could teleport you to a chosen point (maybe chosen by shift-right-clicking) rather than the spawn location to prevent teleporting in the void

i will have to work on that, but i will let you know when it is done!

as of the latest update, your idea has been implemented!