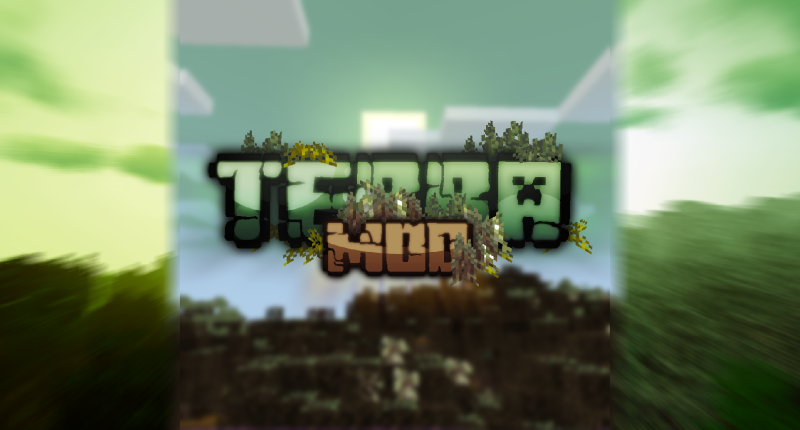 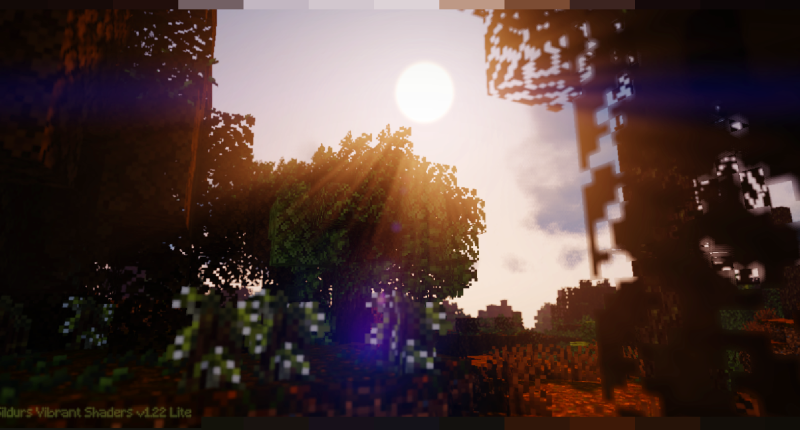 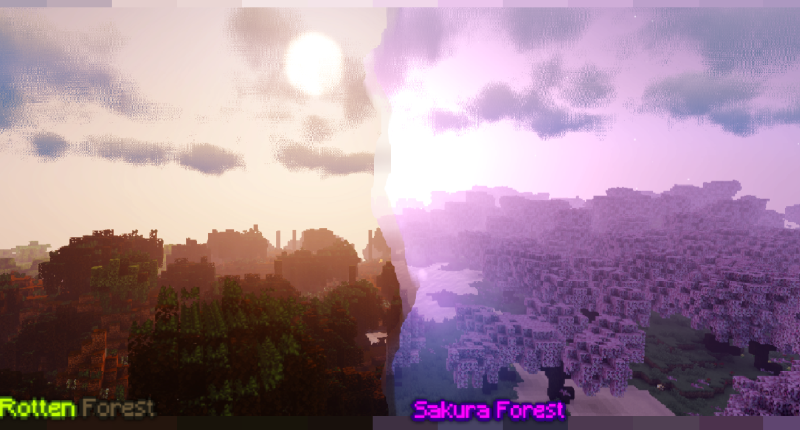 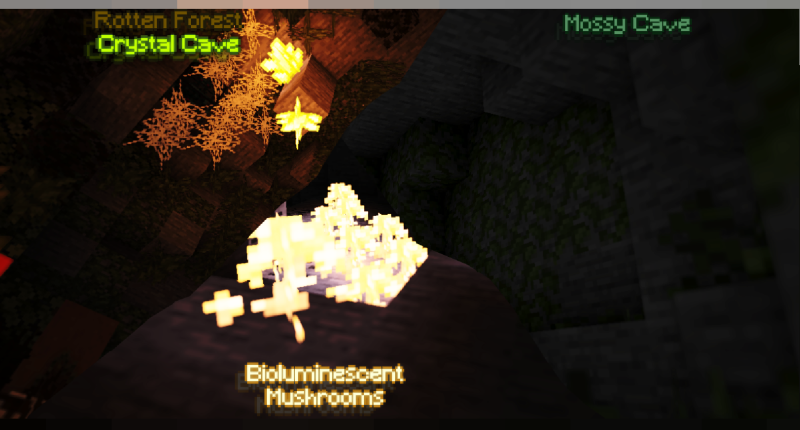 Hi, I'm Shardox and this mod now houses various themes, but the current focus is on improving the biomes of minecraft and adding new biomes (Better Flora Update), although during the updates I will be adding other things besides the current theme.

remembering that the mod can have several generation errors for being in beta versions.

Reason for creation
I decided to stop the Mod Imperial Ores project and work on it, because I realized that the minecraft caves are a bit monotonous and don't give the player the desire to explore, there isn't much adventure, but that's not the only reason, I also wanted to leave the most beautiful minecraft adding trees of different leaves colors and with a more advanced design, for example, trees with yellow leaves in the birch forest biome, I will also make these changes in Nether, and maybe in the End too.

As you can see in the image above, the rotten forest contains a lot of moss and rotten leaves, being a swamp biome, its caves are also covered with moss with a "peculiar" generation with moss on stones and so on.
Objective: Semi-complete
What is missing: Generation of moss (stalactite, that is, it generates under rocks, like vines.)

A biome with sakura leaves lying on the ground, lots of flowers, and I plan to add even more flowers and things about this biome, like Japanese buildings (villages and houses).

Reddish biome, although it looks more like taiga, its main highlight is its reddish vegetation and the foxes that appear in the region. 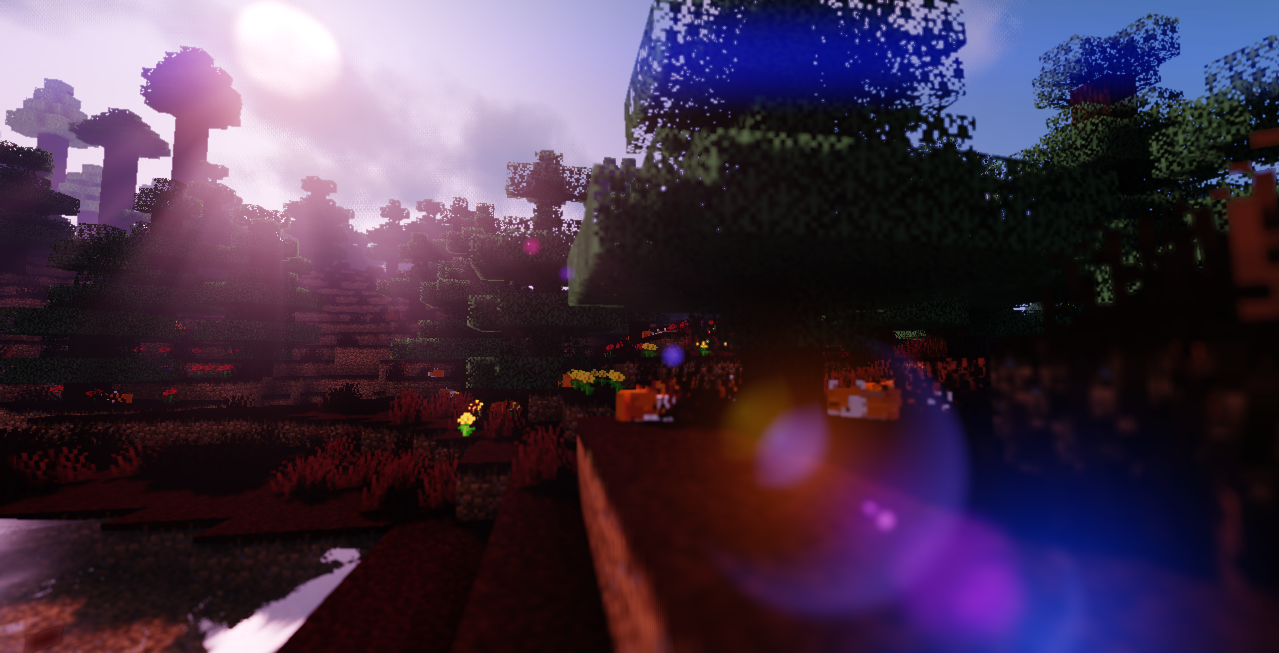 Forest with birch trees, but its main features are its pointed trees with brown birch leaves. 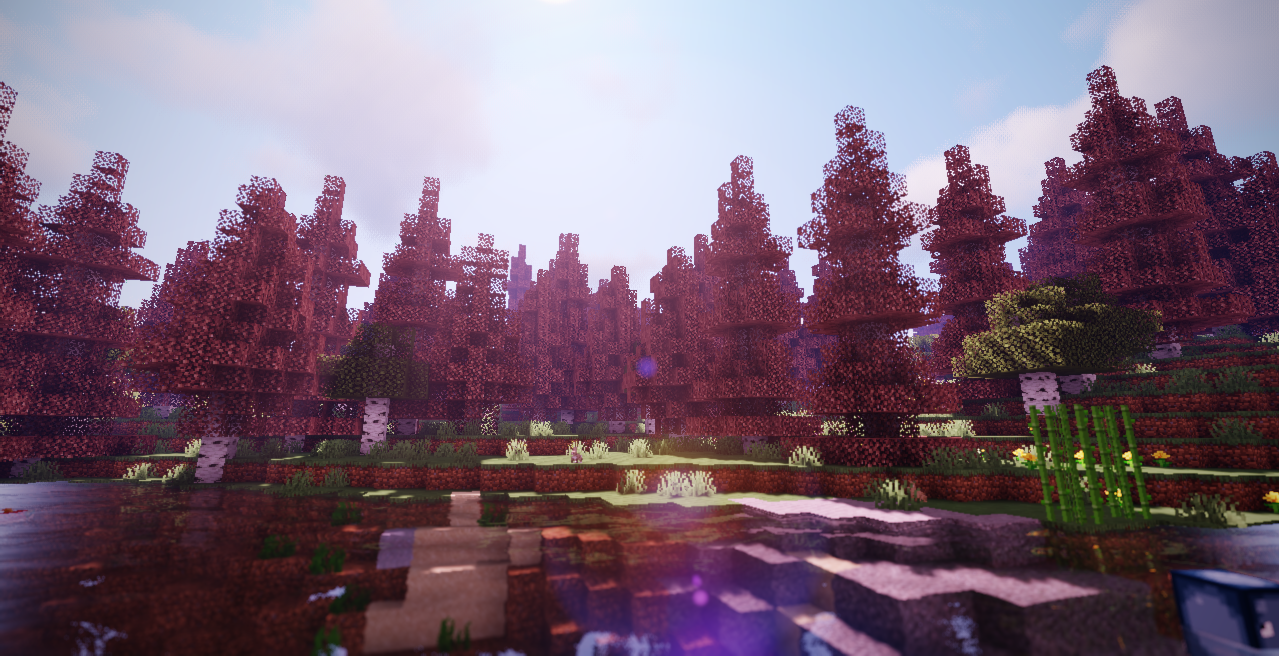 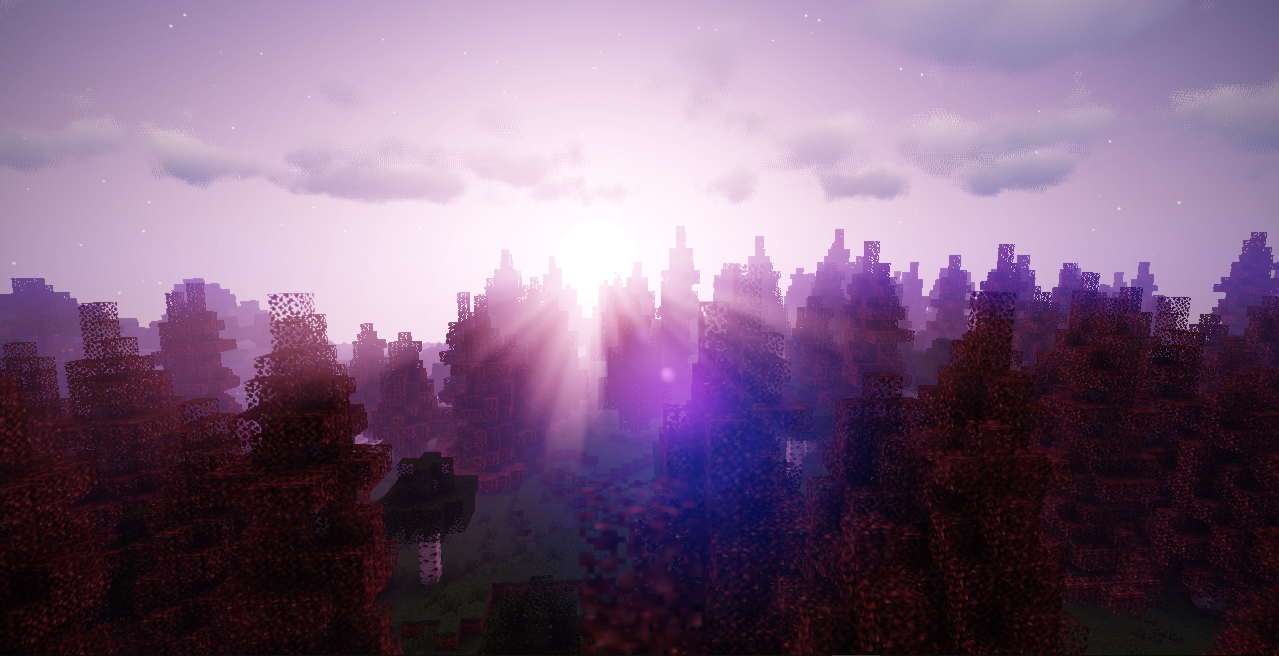 Gigantic Stone Mountains, reach almost the maximum height limit, characterized by their height and rock formation and the snowy stones that cover the biome. 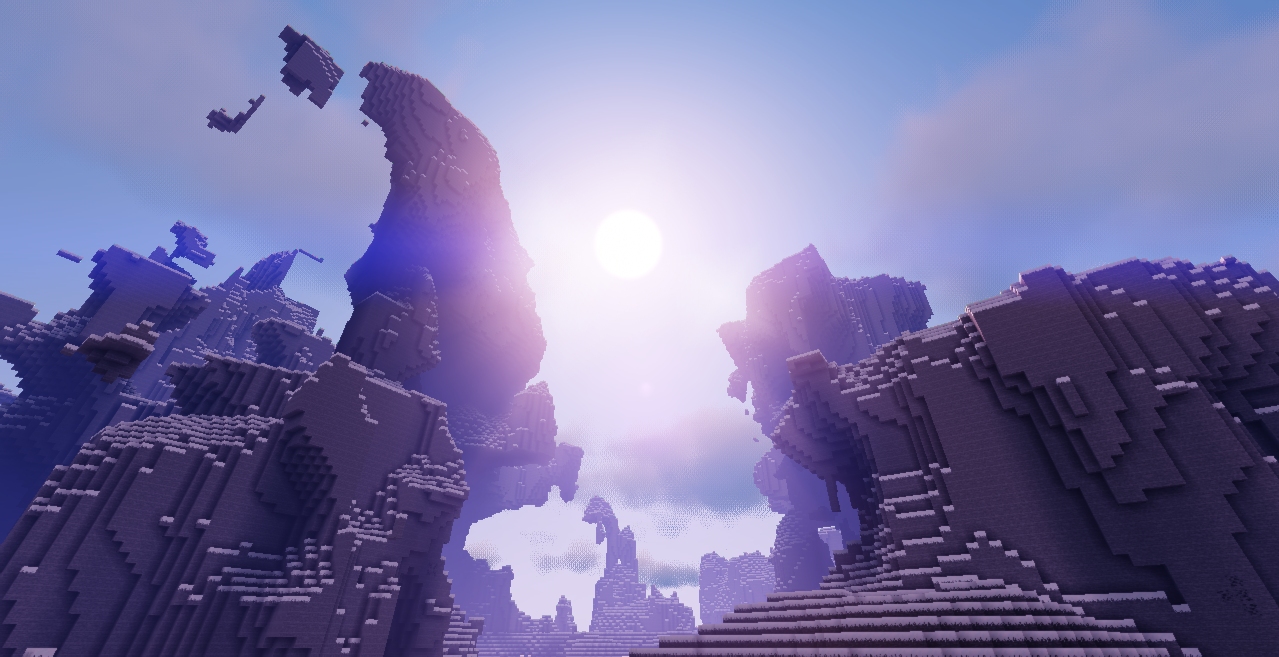 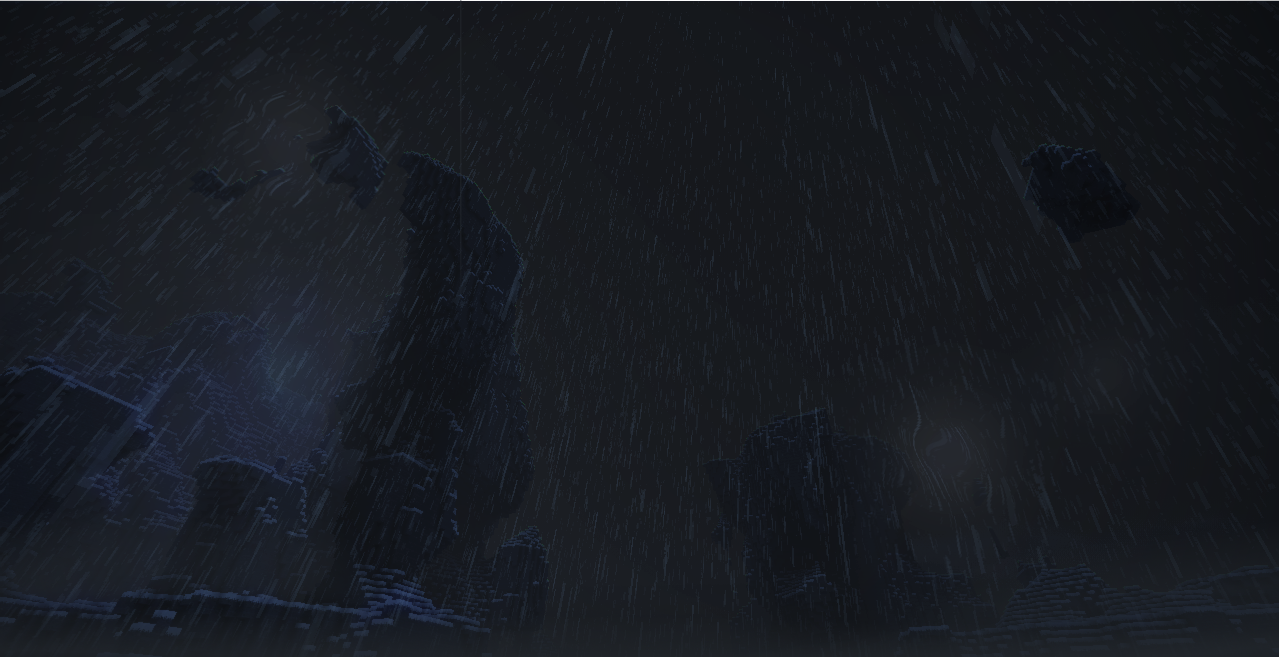 Valley of the Witches New

Reason: My current computer does not seem to have support for the blockbench or anything like that (there is an error when trying to open the program), I am trying to solve the problem but so far I have not obtained a result, mysteriously I asked my friend to try to download the blockbench on his computer and gave the same error, so I can't model any entity or block using the blockbench..
but luckily there is a chance for this problem to be solved, based on the fact that I will have a new computer by October. 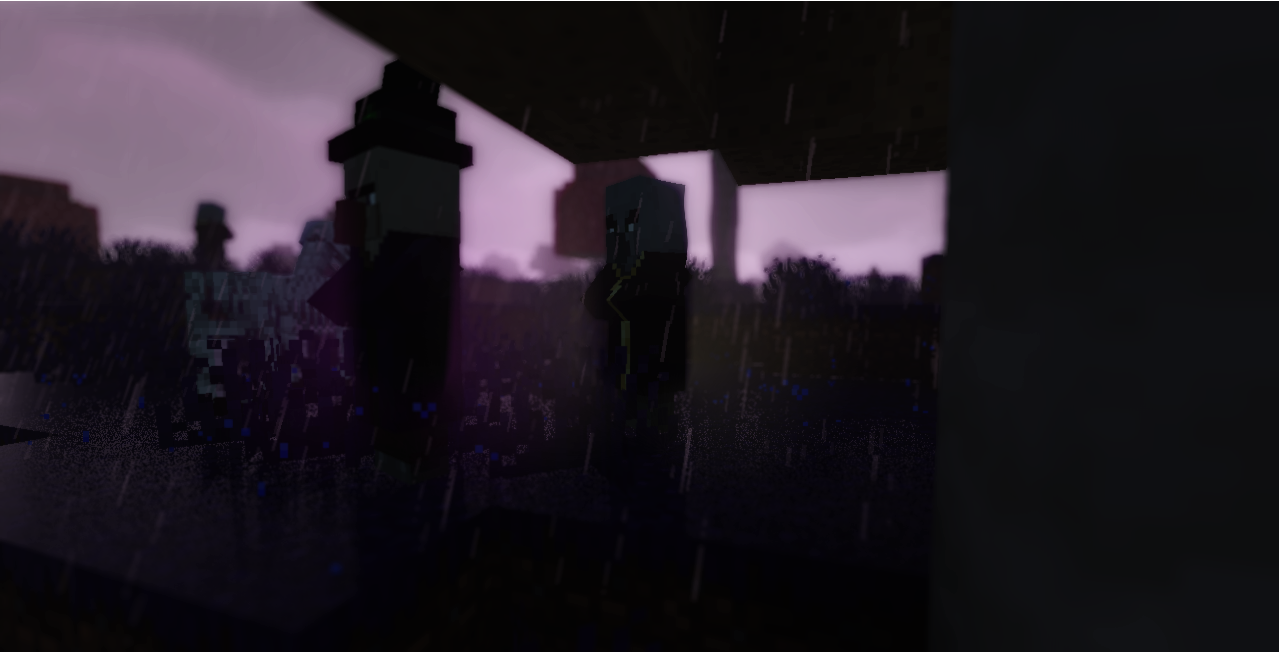 Added [L] key that shows coordinates in the action bar.

Added Willow Tree/Planks in Rotten & Swamp Biomes (willow planks variations cannot be crafted yet, only achieved in creative mode) Idea taken from one of the Better Swamplands mod's comments (Submitted by trashoflevillage on Mon, 10/21/2019 - 23:13:page 6).

What will come in the next updates? 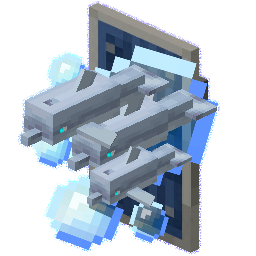 Dolphin's Protection: enchantment that adds an effect to the player, every time the player suffers damage dolphins fought for you if there is water, they disappear after 5 seconds.

But it will only come after I am able to model.

Warning: this mod is not yet fully playable in survival mode, changes are missing: add rotten planks (including rotten slab, trapdoor, [...]); replace the wood of the sakura tree (dark oak) with the mod's own wood, etc.

Inspirations:
Better Swamplands (Rotten Forest was "based" on this mod, so much so that the some changes in this forest also apply to the swamp biome, such as the mosses that grow in that biome, the swamp flowers, disgusting pumpkins, etc.)

I am posting this mod just to clarify my ideas, because in the state the mod is in, it cannot be playable (saying in the mode that there is no relevant addition)

Even so if you want to give ideas or constructive criticism feel free to post them in the comments.

Added new magic/witch-themed biome, Valley of the Witches (Not yet available in game, but it already exists.) beta-1.1

Added 31 blocks: plants, slabs, doors, trapdoors, crystals, etc. remembering that among them we have blocks that even in the creative we cannot take, being necessary commands. beta-1.0

Added a cave-structure, Crystal Cave, containing its own decoration and crystals inside, we have a variation of this cave, Mossy Crystal Cave, which just by name you can have an idea of ​​what it looks like, it only appears in the Rotten Forest, and has more chance of generation than the common crystal caves, I also intend to add other variations. beta-1.0

Report: There is no appearance of the crystal either in the air or in the icestone. [Remains]

Looks really promising! Excited to try it out :)

thx, feel free to give your opinion, if you can't find the biome alone, use the command /locate Swamp_Hut, since the Rotten Forest is a parent biome of the swamp.

Hey! I showcased this mod in a weekly Top Ten video! https://youtu.be/zO1PrWucLeU

This mod looks great. Try submitting it for MOTW (https://mcreator.net/motw) when you feel like it's ready :)

Thanks! when the mod has more features and I fix some bugs, I will send it.