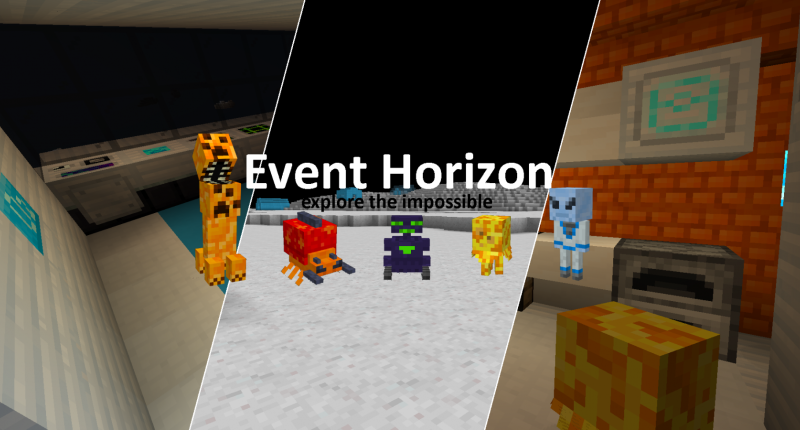 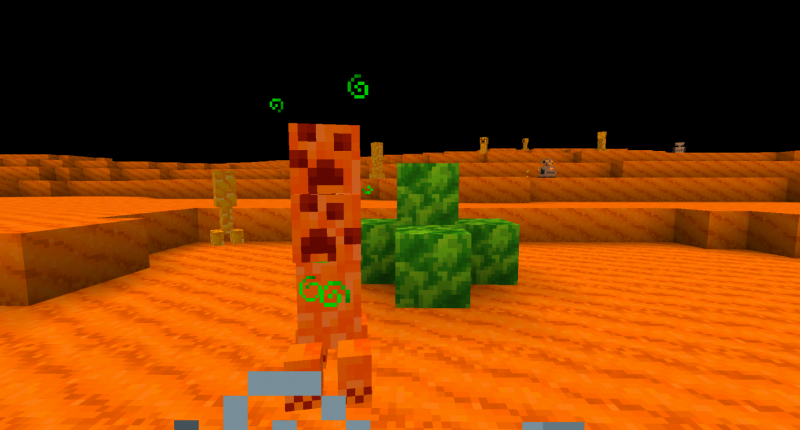 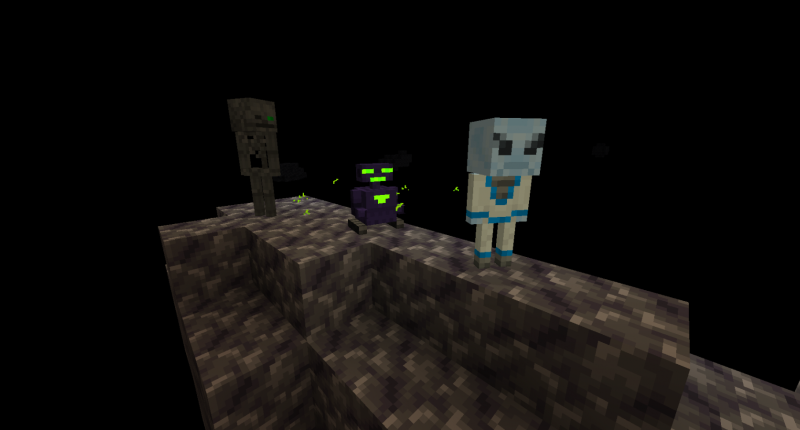 Some of the new mobs 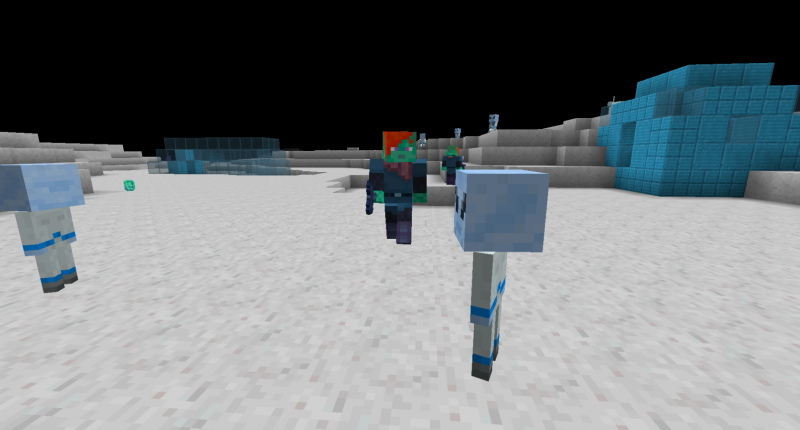 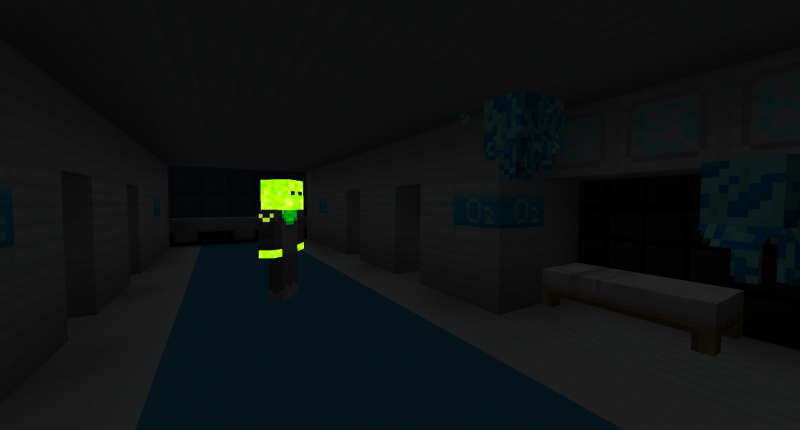 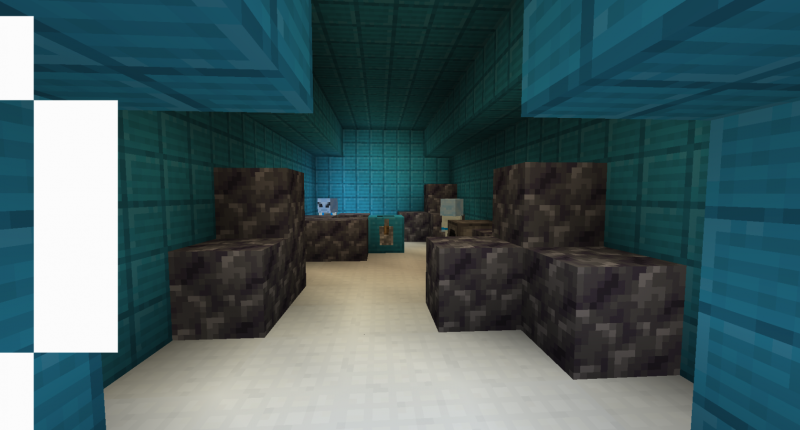 So... you might have tamed dragons, explored distant realms, mastered the arts of Red Mana and defeated the darkness...

Anyway, are you ready to GO TO SPACE now?

Event Horizon is a sci-fi mod where you leave the Overworld behind to explore new planets, galaxies and even different timelines and another universe!

I think space is a very undervalued theme in the modding community. While there are many space mods, few of these can stand out to the many magic/adventure/tech/vanilla-like ones, and they often are very grindy and may feel unrewarding.

Event Horizon instead, will take a different approach. Like Trailblazer (the mod which actually inspired this one and that I'm still waiting for), you will be able to go to space very early (as soon as you manage to get a diamond pickaxe, so basically nether-tier). Unlike some of my other mods (cough cough RaolCraft), there will no grind at all, you will just have to adventure through the planets you procedurally discover. And each of them will tell its own story: like an rpg mod, but set on space.

The mod is divided in chapters; right now, the mod is in early alpha and only Chapter 0 (getting to the Moon) and the very beginning of Chapter 1 (space pirates) are available.

Chapter 0 - One small step for a player, one giant leap for Moon Rabbits 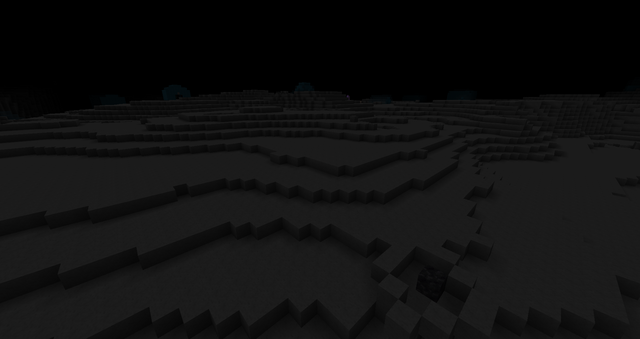 After some brief arguments with alien robots, you find a strange spaceship and its quite loquacious AI. You teleport yourself to the Moon, which looks like a peaceful desert inhabited by some friendly colonisers... at least for the moment. 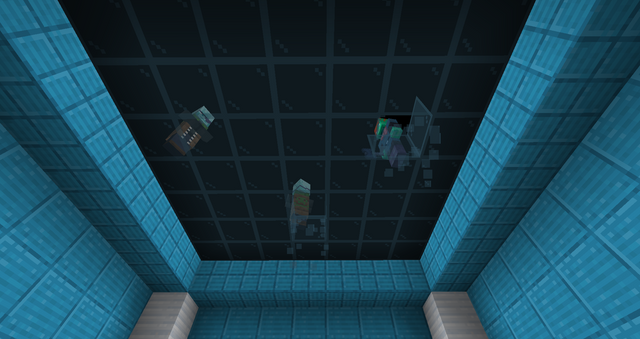 Looks like someone wasn't happy about your visit to the Moon...

The mod is still very little, but it already features many interesting mechanics: 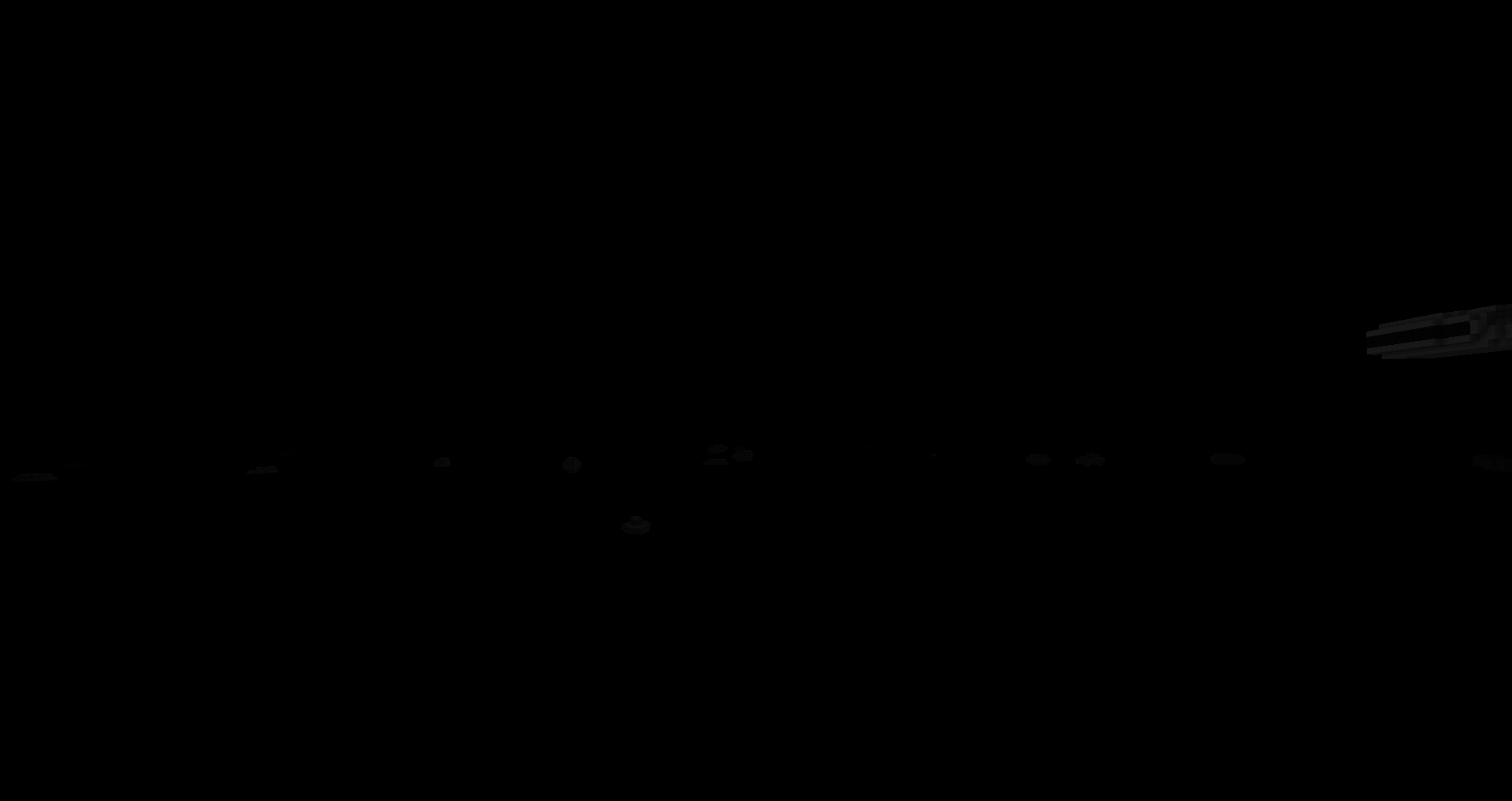 Where your spaceship is located, surrounded by copious asteroids. 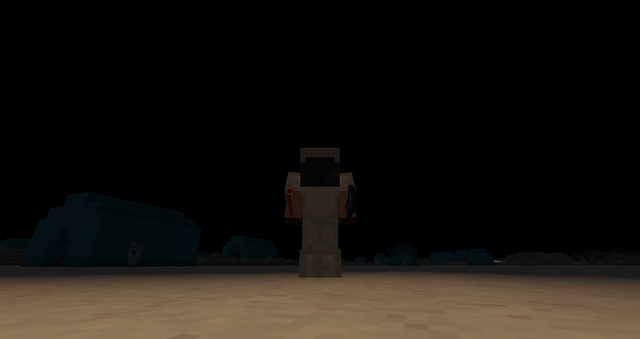 A rather peaceful satellite, until the space pirate nation attacked. 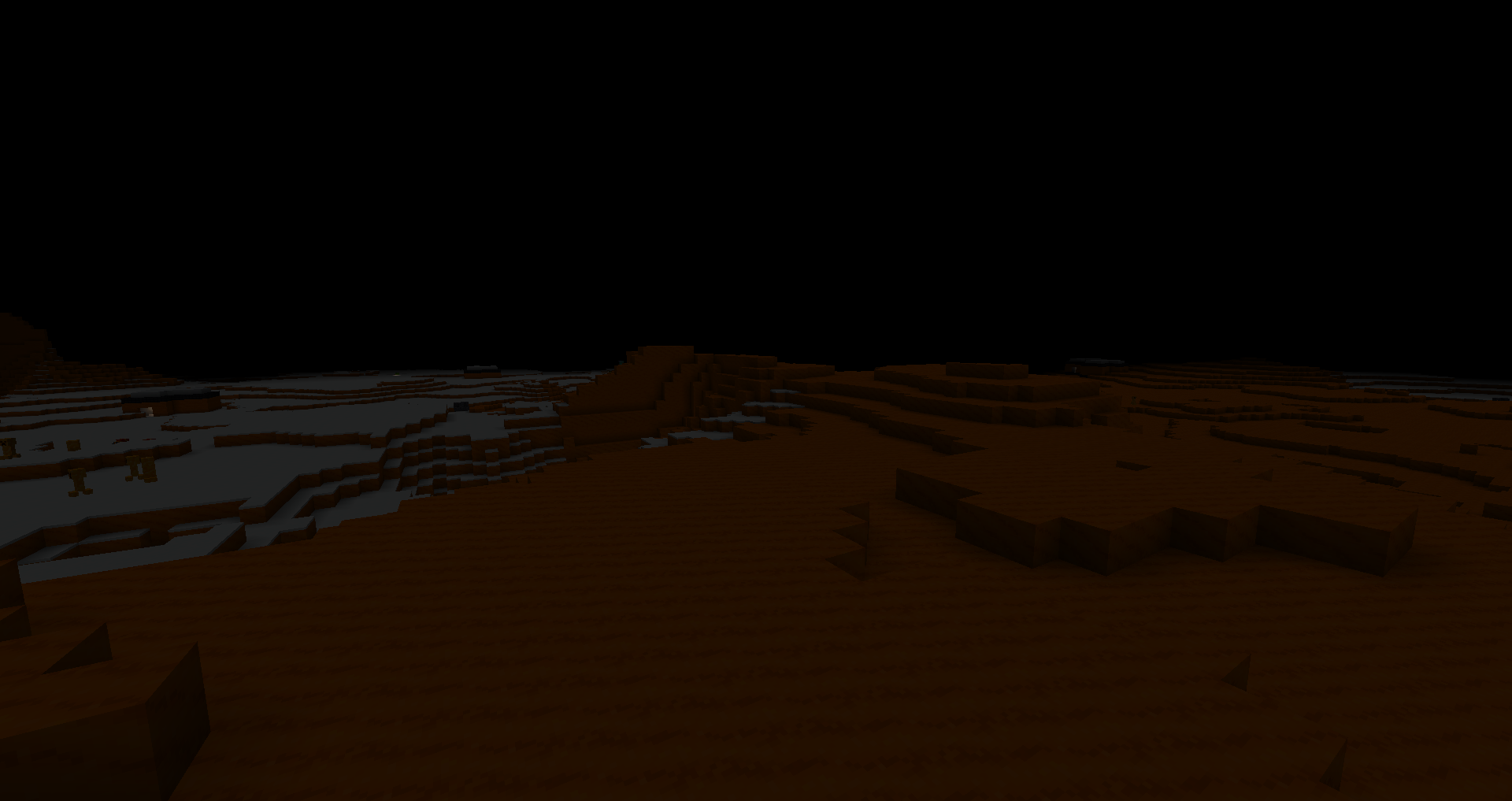 Filled with mobs and loot, this is the ideal place for grinding, but will you survive?

The mod is designed to be very intuitive (recipes unlock automatically after completing advancements, AI gives tips and analyzes items, etc.) so there isn't a guide yet but I might consider creating one in the future :)

1.1 - Artemis Update - 01/23/2020 - 132 mod elements
+You can now talk with Azuders (AIbert will translate their language for you)
+Siderrot Cookie, Siderrot Bread, Dried Siderrot, Siderrot Stew and Siderrot Pie
Azuders' diet is very balanced and diverse
+Moon Rabbit
Passive creatures found in Moon Colonies which can be bred using Siderrot foods
+Azuders' Mayor
Found in the Moon Colonies' town hall; after speaking with him for the first time, some pirates will do a surprise attack. If you defeat the pirates, another surprise attack will follow it (this time on your spaceship)
+Cyan Raider
A hostile pirate who attacks using a Protonic Waraxe
+Elven Smuggler
A hostile pirate who attacks from the distance
+Protonic Waraxe
+Calapuff
A little flying pirate who attacks on melee
+Lumistro Bounty Hunter
A hostile pirate who attacks on melee and drops the Mars and Venus Spacemaps
+Regeneration Capsule
Regenerates you while inside it; can be found in Moon Colonies and can only be placed between specific blocks (which can be found in your spaceship)
+Lunar Iron Ore
Found in the depths of the Moon, can be smelted to get Iron Ingots
+A few new structures in the Moon Colonies
+Added many new custom sounds
+AIbert can now tell more tips
+New Advancements
+Mars, Venus and Pluto Spacemaps
Will be used in the future for exploration
~When falling from Outer Space you will now be teleported to the top of Earth, falling and catching fire for hundreds of blocks
~Done a few more tweaks
! Fixed a few bugs

1.2 - Ares Update - 02/18/2020 - 201 mod elements
+Mars
No oxygen, little gravity (more than Moon though), toxic rocks, radioactive meteorites, hostile mobs. This is the ideal place for grinding, but will you survive?
+Martian Soil, Martian Rocks
The first covers the surface, the latter is the main block of the planet
+Martian Iron Ore
Mars is very rich in iron, which can be found pretty much anywhere
+Martian Bricks, Martian Brick Slab, Martian Brick Stairs, Carved Martian Bricks
+Rougetusk
A little neutral mob who swarms the surface of Mars
Its mutated form is stronger, faster and always aggressive
+Rougetusk Meat
Disgusting, but at least restores some hunger
+Rougetusk Shell
Sometimes dropped by Mutated Rougetusks
+Arrugginitron
A rusty Ingumatron who wanders around Mars, attacking players and dropping either a Space Energy Core or a random metal
+Naranja Creeper
Found on Mars, instantly explodes when near players
Its mutated form is faster jumps in air while exploding
+Naranja Creeper Scales
Sometimes dropped by Mutated Naranja Creepers
+Lost Uralien Raider
Staying that long on Mars mustn't have been fun... She looks more like a zombie than a pirate
+Radioactive Asterock
Found on martian surface, manates toxic radiations which might mutate nearby mobs
+Diamond Asterock
Rarely found on Mars, its diamond can be extracted using an Asterock Extractor
+Mars Outpost
The only place where you can find friendly NPCs on Mars
+Calapuff Colonizer
Sells you food and talks in a weird way
+Lumistro Settler
Gives you quests to complete for a reward and sells miscellaneous items
+Flashlight
Emits light in the direction you're looking at
+Lightsaber
Deals more damage on consecutive hits
+New advancements
+More tips and analysis for AIbert
+Many new custom sounds
+A few WIP stuff
~Teleporting to the Moon or Mars will now happen at high altitudes to prevent you from spawning buried underground (the fall won't matter anyway because of low gravity)
~The stone platform automatically generated by Minecraft at the bottom of Outer Space is now removed
~Renamed Cyan Raider to Uralien Raider and Calapuff (the hostile one) to Calapuff Swabbie
~Done a few more tweaks
! Fixed some bugs

Yes its out. I need to install a new forge version tho XD

I hope you will like it :)
(it is just the first version so it is very small though)

Still an alpha release, but better than nothing :)

Thank you, I am already developing chapter 1, it will be about space pirates :)

Quite some innovative mechanics. Can't wait to see this mod progress :)