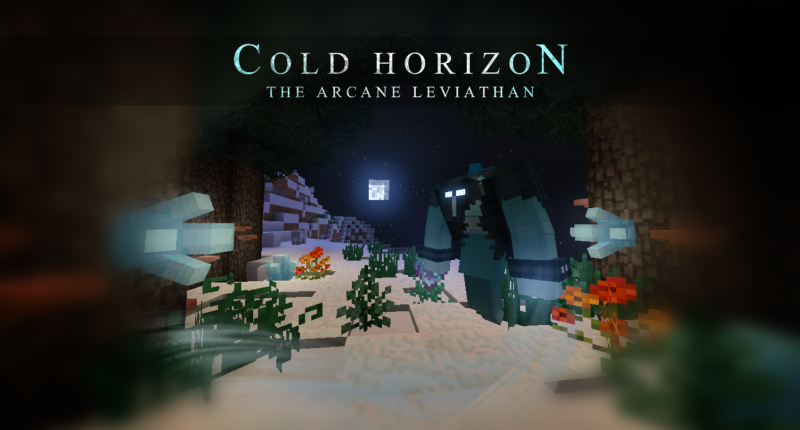 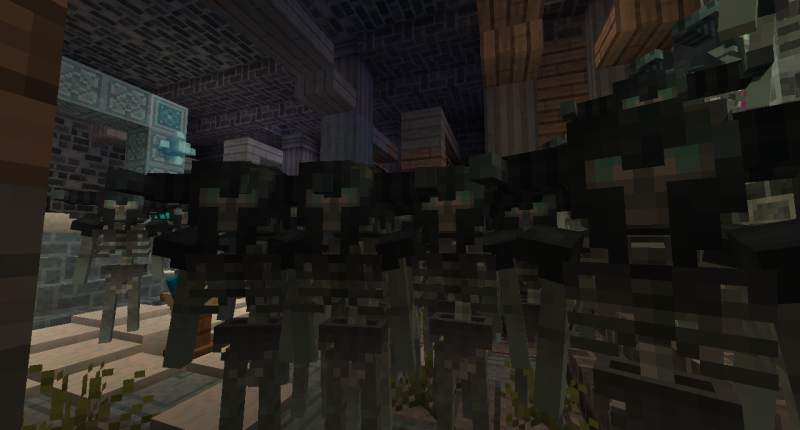 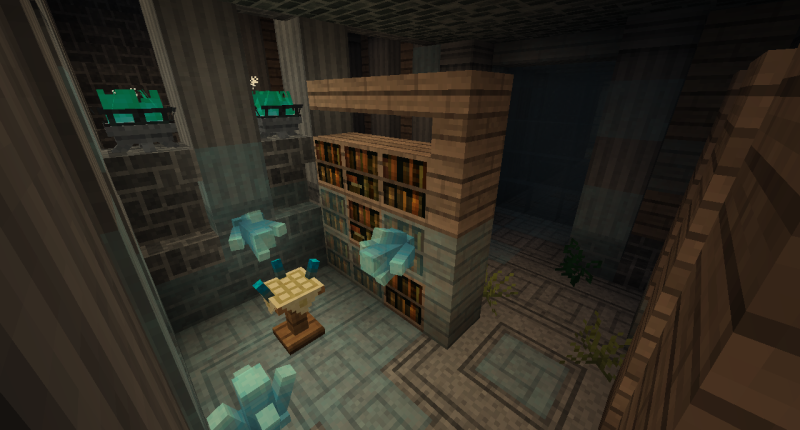 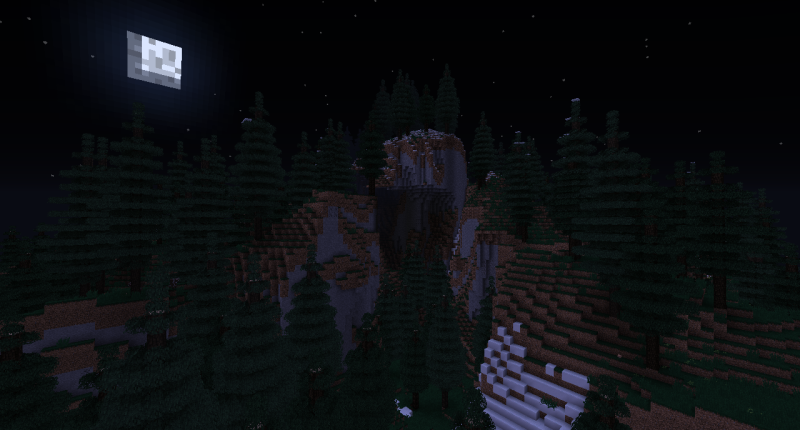 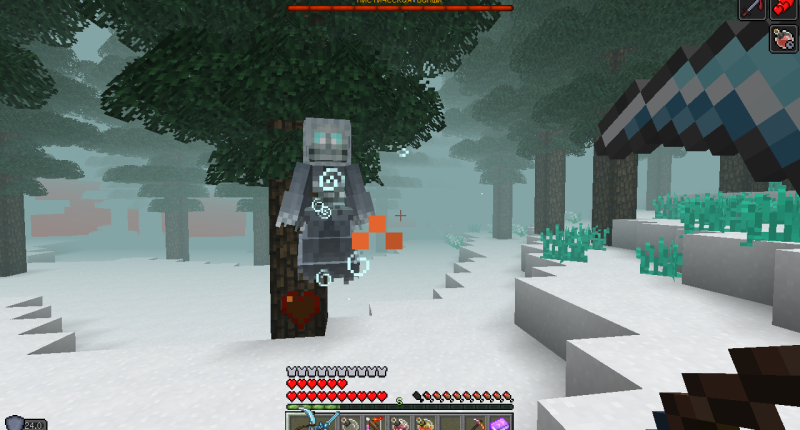 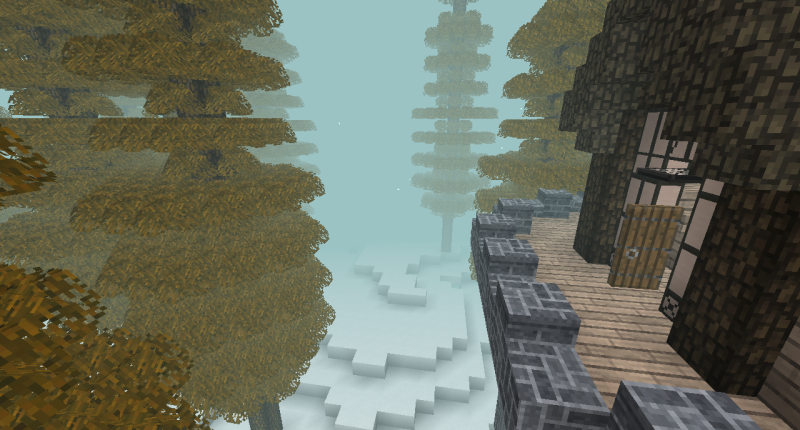 «Cold Horizon» is a global mod that completely transforms the world of Minecraft. You may see a lot of changes through the whole game, even though the final battle with a main boss starts after the killing of Ender Dragon.

The main idea of Cold Horizon is adding more gameplay and new challenges after the defeating the dragon. But also it adds many features in early steps of the game.

​​​​​​​Unfortunately my laptop is too weak and does not allow me to continue working on mods :(

Please, use soft lighting in the graphics settings so the foliage of trees displayed correctly!

In the near future will be created its own android application with all the necessary information, recipes and bestiary of mobs!

After killing the Ender Dragon, you can create Dragonite from diamonds and cooked corus (The recipe is in the book in the game). Dragonite - material for equipment and armor, as well as the key to the tomb with a portal to a new dimension. Using a dragonite pickaxe, you can get Flaming Crystal in nether.

From a fiery crystal, you can create a hammer of old tombs, with which you can search for tombs (Right-click on the ground), as well as destroy ice barriers inside tombs.

The walls of the tombs are indestructible. To get inside, you need to find 2 locks on the wall of the tomb and insert the Dragonite into them. After that, an entrance will appear between the locks. At the end of the tomb is an indestructible portal to the snowy limit.

Empty runes can be found in the snowy mountains (they are always generated next to the snow taiga and fir forest).

The snow limit is a unique dimension with its ores, mobs and structures. Once in it, you will again feel weak and helpless even with diamond equipment. To get into the third dimension you need to find 3 souls (Souls of twilight, soul of oblivion and soul of silence). With the help of souls, you can call the boss Trinity (consists of three mobs) on a special altar that appears on the surface.

Soul Of Twilight: Located in the twilight towers that are generated in the frozen forest. Guarded by the mini-boss «Arcane Banshee».

Soul of Silence: Located in the forgotten catacombs underground. Guarded by the mini-boss «Arcane Rune Elemental».

Wow this looks amazing! Keep up the good work!

This is one of the best mod pictures I have seen on this website so far! :D The mod is really awesome too.

Not in vain I study for the designer :D Thanks c:

It really is amazing

this is mod translated on russian? If be yes, it very good! Im just russian :v

Most of the mod is yes. I forgot to edit the Russian localization file before publishing, so some items have incorrect names. I will fix this in the next update :p

Discord invite on your server is dont work

Awesome mod, you should consider submitting it for MOTW :D

thanks, I already sent a request c;