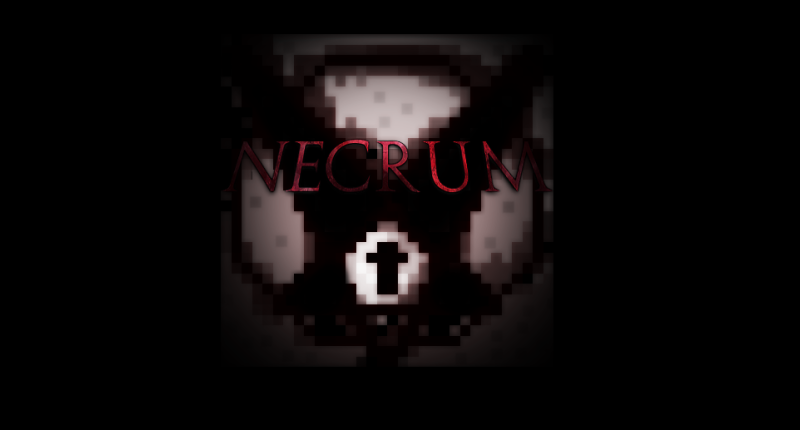 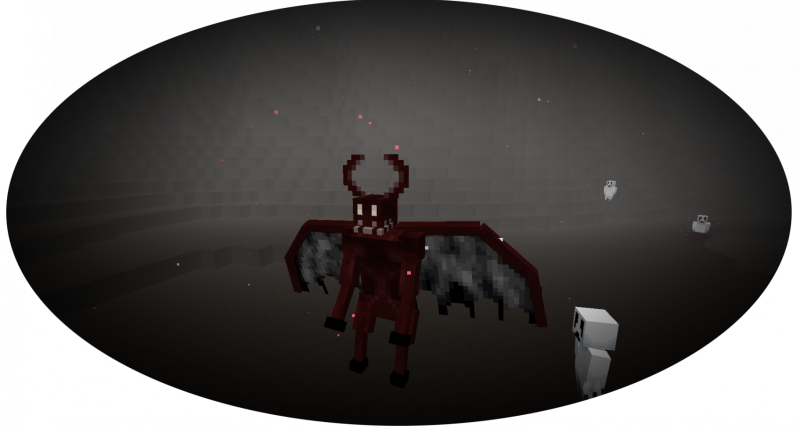 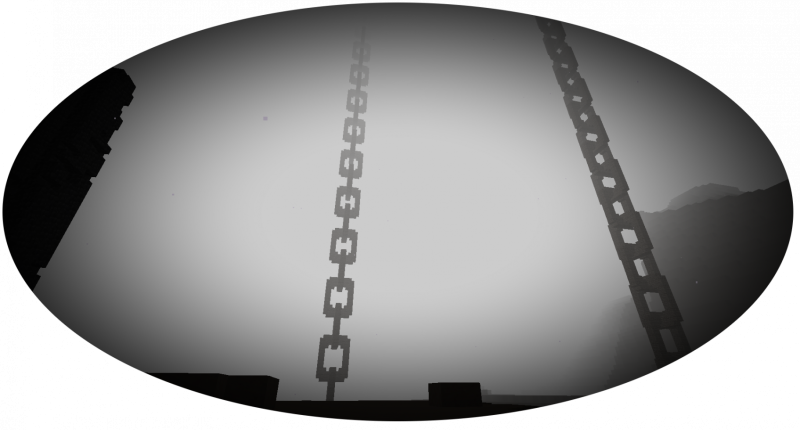 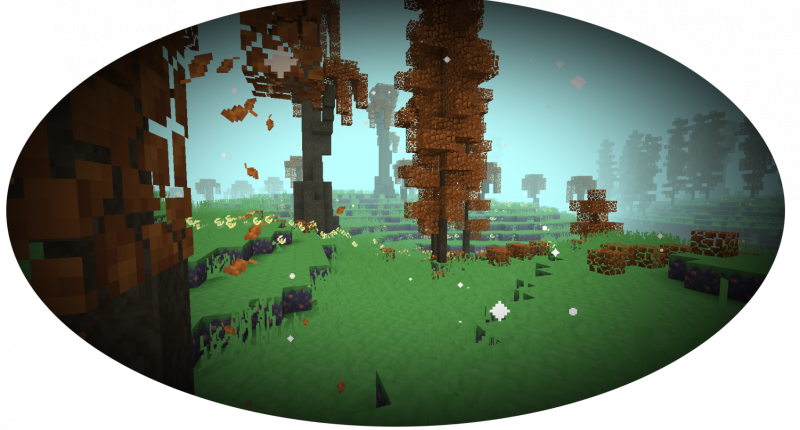 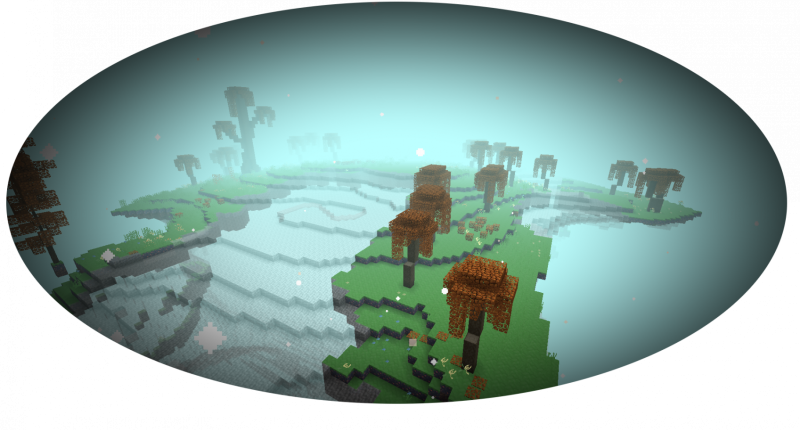 The mod expanding the Nether and adding necromancy to Minecraft

PATCHOULI IS NEEDED FOR THIS MOD TO WORK
My Discord, you can suggest things, report bugs etc. here: https://discord.gg/YthyRs9U7A

If you are interested in a minecraft server, BisectHosting is the best choice for you, use code Poltergeist to get 25% your first month!

The most important thing is Karma

Karma lets you use items, and it decides on where you go when using Wooden Cross 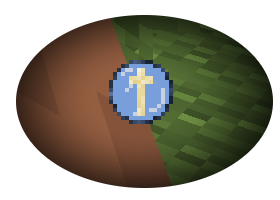 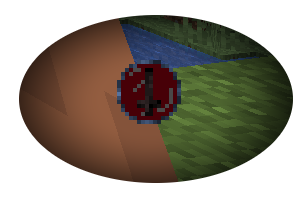 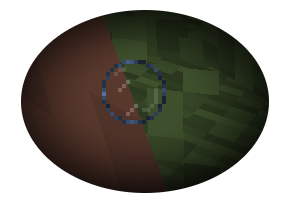 To get karma, you need to use good/bad items, and kill bad/good mobs

Necrum is a basic gem used for crafting wands. The wands are used to summon many different servants.

The first basic staff is Necromancer Staff which allows you to summon tamed Lost Soul that fights for you, mele ranged. It is the very basic mob with the lowest stats.

Which Wand (obtainable only by killing a new mob Wicked Witch) that throws a fireball dealing lots of damage and sets the enemy on fire. It does not explode though.

Fly Staff spawns x3 Small Flies that fight for you.

Necronomicon – teleports you to the Nether making you immortal, letting you fly. Lasts 1 minute. After this time you are automatically teleported back to the Overworld to the same placed you had been taken to the Nether

Satanic Bible – summons fireball in the air before you, waiting for you to hit it and throw to the direction you are currently looking towards

Book of 7 Sins – summons x2 Imps (hostile). It’s got x7 uses and with every use it gives a gradually better item and spawns x2 more Imps than before. With the 7th use it spawns Whore of the Babylon (an item, not a mob)

Bible – strikes every enemy around you with a lighting, dealing enormous damage to them

Every of the 3 Pacts works exactly the same after using (takes x9.5 hearts from you), except each of them gives you a different item.

Every bone tool is better than iron.

My Reflection – spawns x2 Shadows who fight for you. Only 10 uses, but easy to craft.

Sacred Heart – works like the Totem of Undying, giving you – at the moment of death – many saving, powerful effect like Resistance IV, Regeneration IV, Strength IV, etc. for 40 seconds.

Dead Cat – there is a chance to drop this after killing any cat, and after you’re hit (taking any amount of hearts from you) works like the Totem of Undying. After using it takes one life (1 point of durability) from the Dead Cat. Watch out while using the last life of the Dead Cat, due to its untypical behaviour.

Sacrificial Dagger – after using it destroys itself, giving you Blood and nearly kills you.

Blood – after drinking, withers you and spawns the My Reflection.

The Halo – while holding gives you Night Vision II. While wearing, it gives Saturation II, Resistance II and Luck II.

Holy Water – you can throw with it dealing a lot of damage, and it’s a part of other items’ crafting.

Soul Harvester – After hitting an enemy gives you his soul fragment (used for crafting).

Rosary – x3 uses, kills all entities (except you).

Sulphur – molts the ground, damages all enemies in big radius

Blood Ruby – material crafted with Blood.
Akeldama - spawns living flames that will burn enemies, additionally it sets all enemies in a radius on fire for a long time
Anima Sola - when yoo hit an enemy, a chain will be stuck to it, making it stunned, unable to move or attack
Abaddon Sigil - damages all enemies in a radius, sets them on fire
Eye of providence - makes you into a ghost, you can fly, pass through walls and it damages enemies around you several times before turning you to flesh again
Bloody Cross - makes you vomit blood, all enemies touched by this blood will be intoxicated and pushed back from the center

Septuaginta - gives you immortality for 7 seconds
Tabula Rasa - resets your karma
Price of Betrayal - gives you rewards for killing tamed animals
Rusty Shovel - gives you bad items when digging in ground, but has a chance to give you important items
Wooden Cross - depending on you Karma, upon use it will place you in Hell, Heaven or Purgatory

Items will have required Karma in their description, if they dont have it - they are neutral, and can be always used

6. Heaven, Hell and Purgatory (i wont show the Purgatory for some reasons) 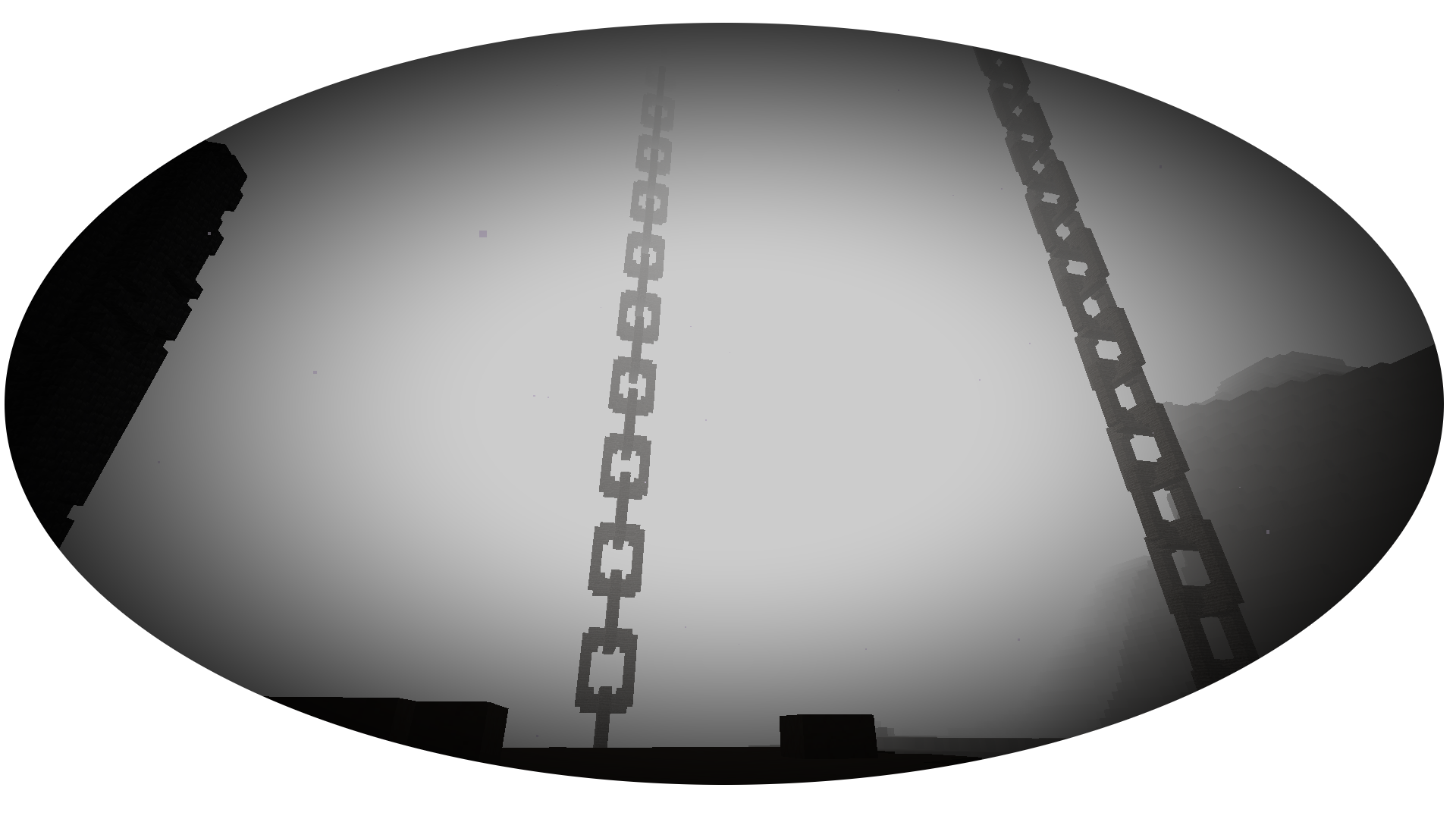 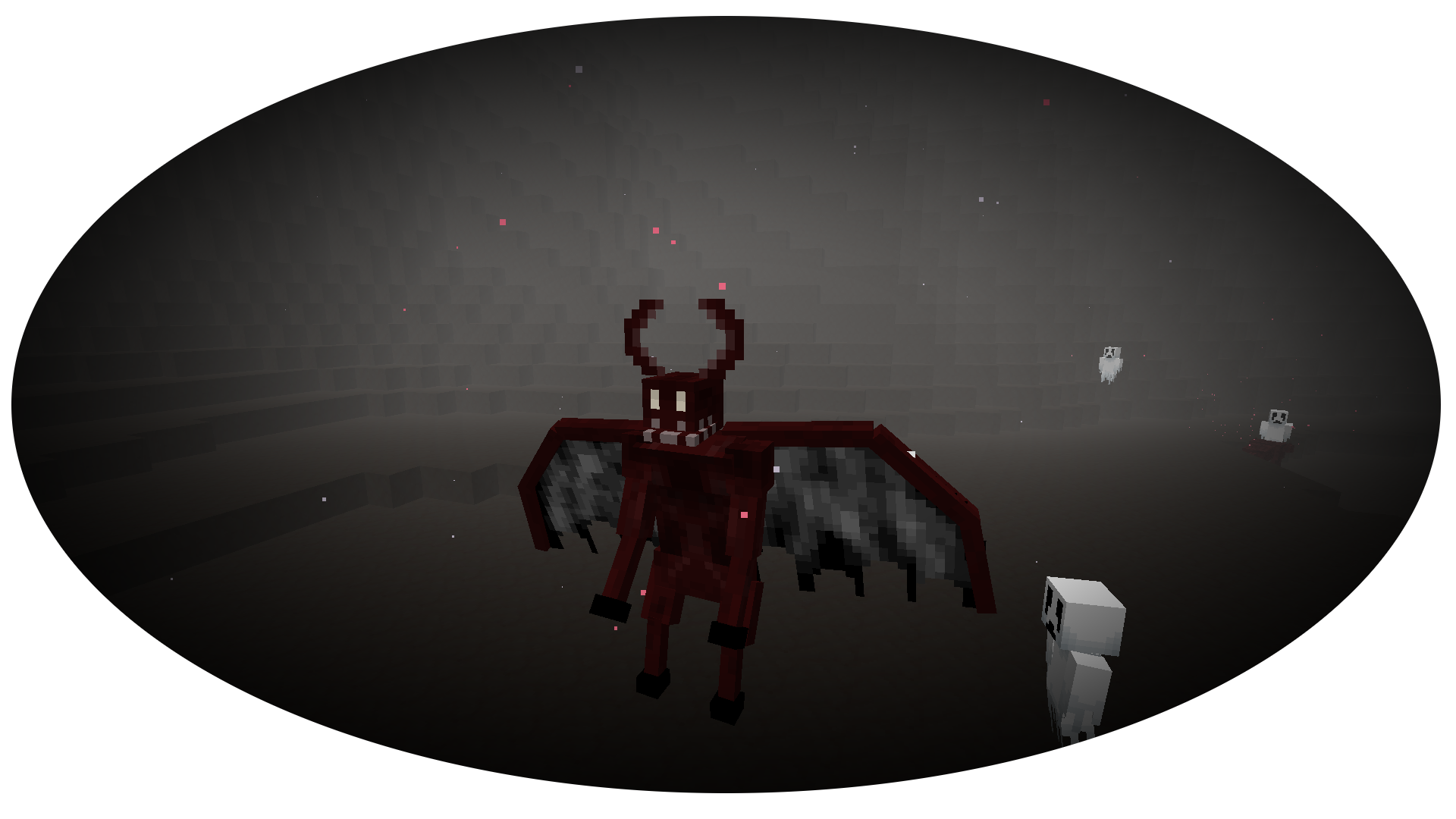 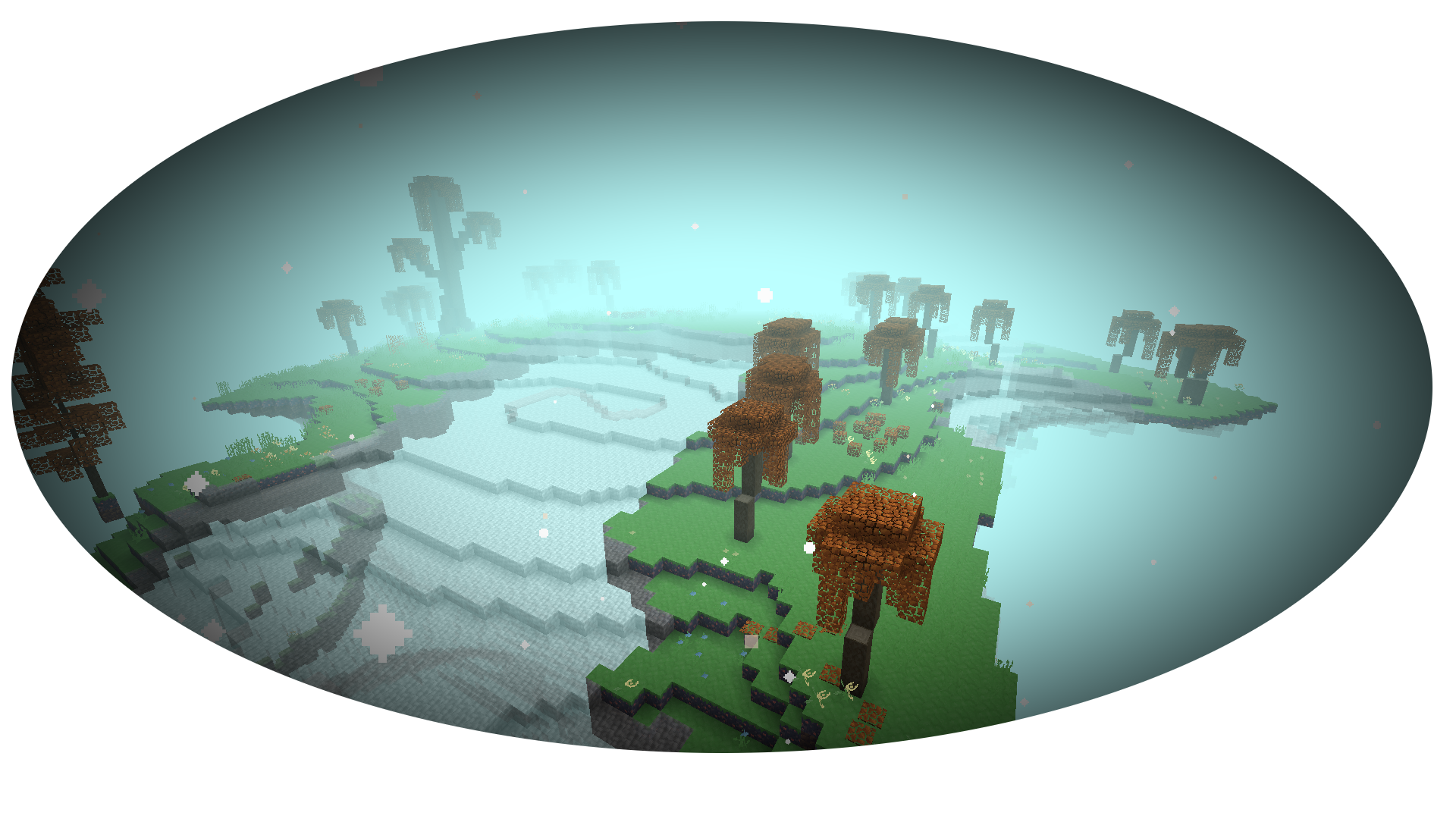 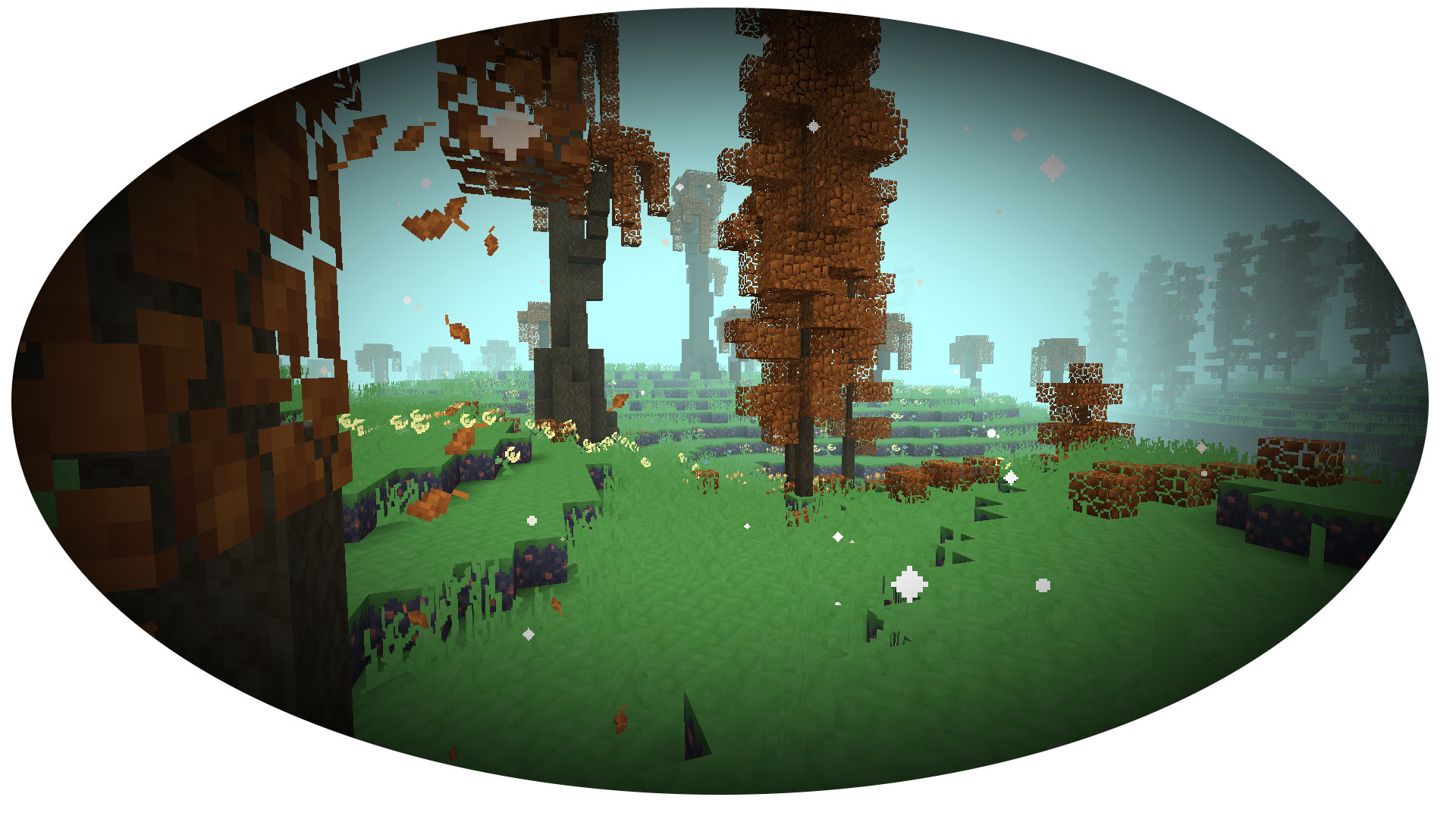 Spirit of the night – summons Leviathan

Head of the Goat – summons Satan

Angel Statue – after interacting, summons Archangel Gabriel. The statue is uncraftable, instead it spawns all over the world.

For recipes i recommend JEI

Undead – stronger Vanilla zombie, which is not getting burned down by the Sun.

Devil – flying mob, melee damage, setting you on fire when you hit him.

Beast – slow mob with a medium damage, but big durability.

Hellstone – walking mob dealing melee damage. Sets you on fire when you hit him.

Maggot – can attack not only a player, but also animals. When he kills an animal he spawns additional maggots out of the animal. Maggot turns into a grown Yellow-eyed fly after one minute.

Blue-eyed fly – has much less HP than the previous flies, when you hit it, it poisons you and kidnaps you from the ground. You must use Shift to get off of her, otherwise you won’t be able to deal any damage to her.

Fat fly – fat fly with dark-green eyes, that explodes on agony, dealing damage around, but not destroying any blocks.

Cerber – can be tamed with Bone Block

Ghost – can be tamed with Lost Soul Necrum

Some of all the mobs above spawn in the Nether.

There are more new, amazing structures in the Nether.

The music have been inspired by The Binding of Isaac, as well as the Lillium from elfen lied.

Not everything is described, as I want you to discover some things by yourselves 😉

Hope you like it and let me know what do you think about it in the comments. You can also give me your ideas what I can add to this mod.

You may also check out the Meetle mod:

Donate, if you want to:

Thanks, i dont think its controversial tho

devil, hell heaven etc might be non-pg, but its cool

Guys, Patchouli is now needed to use this mod.

really well made!! i think we have a MOTW candidate right here!

Thank you! i Already submitted it for MOTW ;>

Congratulations for winning Mod of the Week :D
Looking great so far, can't wait to see where you take this mod next!

Don't wanna be rude,but your mod adds nothing special at all,it is useless in both pve and pvp

Did u use items properly? if so, and u still dont like it, you dont have to play with it lol

If you didn't want to be rude, then why did you comment? There was no suggestion, just a complaint.

well, i checked my items and they are surely not useless, so maybe he just didnt use them properly