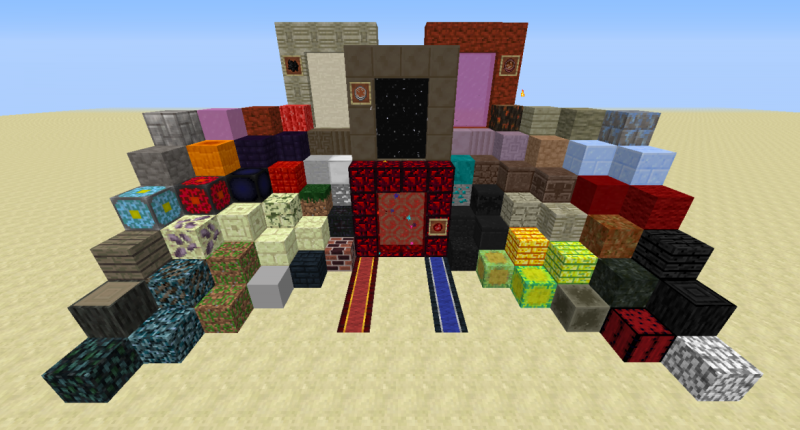 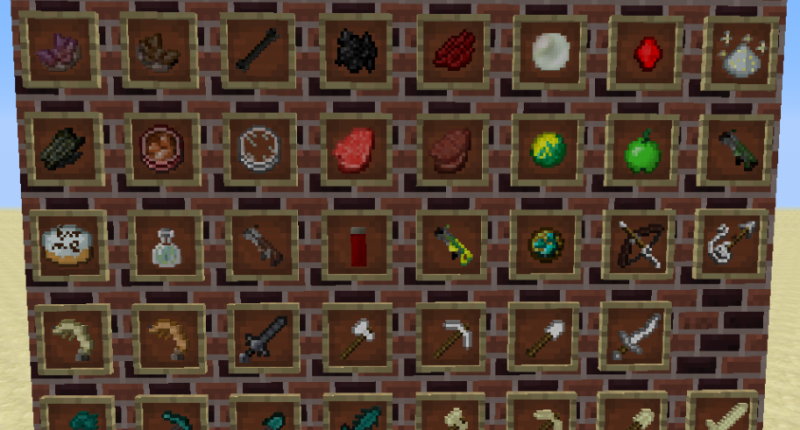 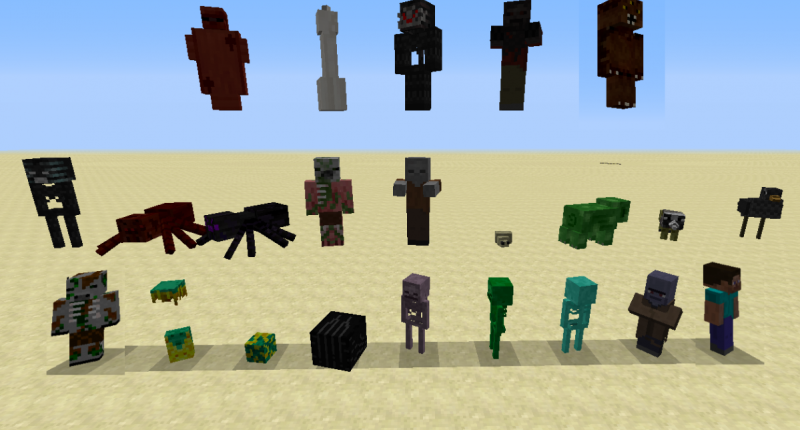 This mod has been revamped, and all future updates will be for Hodge-Podge II

This mod adds over 200 elements, including a whole bunch of new blocks, mobs, and items that were either removed from the pocket edition, should have been included in release 1.9, or just plain fit into Minecraft well. There are 23 new mobs, four new dimensions, and many new blocks, plus recipes for some normally uncraftable vanilla blocks and items:

- info_reserved6 (A solid grey block used as a placeholder for fire. It is very easy to mine, but is blast resistant)

-Ender amethyst blocks and ore (I thought for sure that this was going to be included, instead we got purpur blocks...)

How did you get the portal texture to work (you know, that fuzzy in the portal you walk through)? I can't even anything in the portal when I activate mine (except particles).

@#1 The only thing I think you could be referring to is the color shifted nether portal texture for the darkworld portal made of glowing obsidian) . You have to upload the single 16x16 piece of the portal into MCreator, not the entire 16x512 animated texture. If you want it to be animated like in vanilla minecraft, I think you have to make a texturepack with a .mcmeta file to get it to work. If you're simply having problems getting the portal texture to upload on the first page of "new dimension", I can't help you there. My guess would be that either your texture file is corrupt somehow, or its a bug. Assuming that you are using version 1.6.3 (MC 1.7.10), the latter is highly unlikely, as I had no problems with it at all. I hope that helps somehow.

Explain in more detail. I'm not sure what you mean by " that fuzzy in the portal you walk through"

We have already snapshots for Mincraft 1.10

Can you make an image were there are all the mobs?

@#6 I will certainly try. Getting them all in one image and facing the camera is rather difficult.

This is a great mod.

Definitely will be in my modpack. So many cool things and features.