MCreator issue tracker has been migrated to GitHub.

Existing tickets have been migrated to GitHub. Please open new tickets on the GitHub tracker instead. If you do not have a GitHub account, all feature requests and bug reports from forums are still considered and checked by the maintainers.

So I saw in past (and occasionally now) that people were asking for Energy system like EU or RF unfortunately those energy systems requires specific API that MCreator will not gonna add due to compatibility issues and API updates but I have found while playing some mods that there is energy system which is already in Forge and its called Forge Energy "FE" which is an alternative to Redstone Flux "RF", we can found FE in Forge source by going to Code Editor, so I want to ask developers to consider implementation this to some mod elements like Procedures, block etc. It could really benefit MCreator :)

Also here is picture where this Energy System can be found: 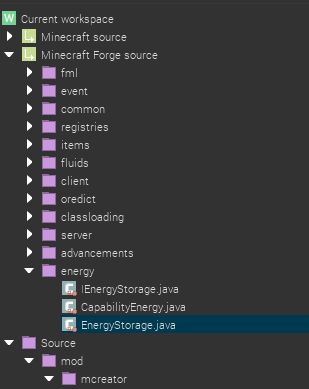 This is a nice catch. We will check what could be done. Are you aware of any mods that use this energy system so we can see if it is worth considering implementing this?

Yes Im playing with some of them right now here is the list:
Portality
TechRebor
Rockhounding Chemistry
Its also supported by energy converters

I did more research on FE and its actually supported by many mods like Thermal Expansion, Ender I/O and
Extreme Reactors, Its Compatible with RF so you can produce RF and power machines that uses FE and vice versa
For testing I used TechReborn because is based on FE and its cables connects to machines from other mods. 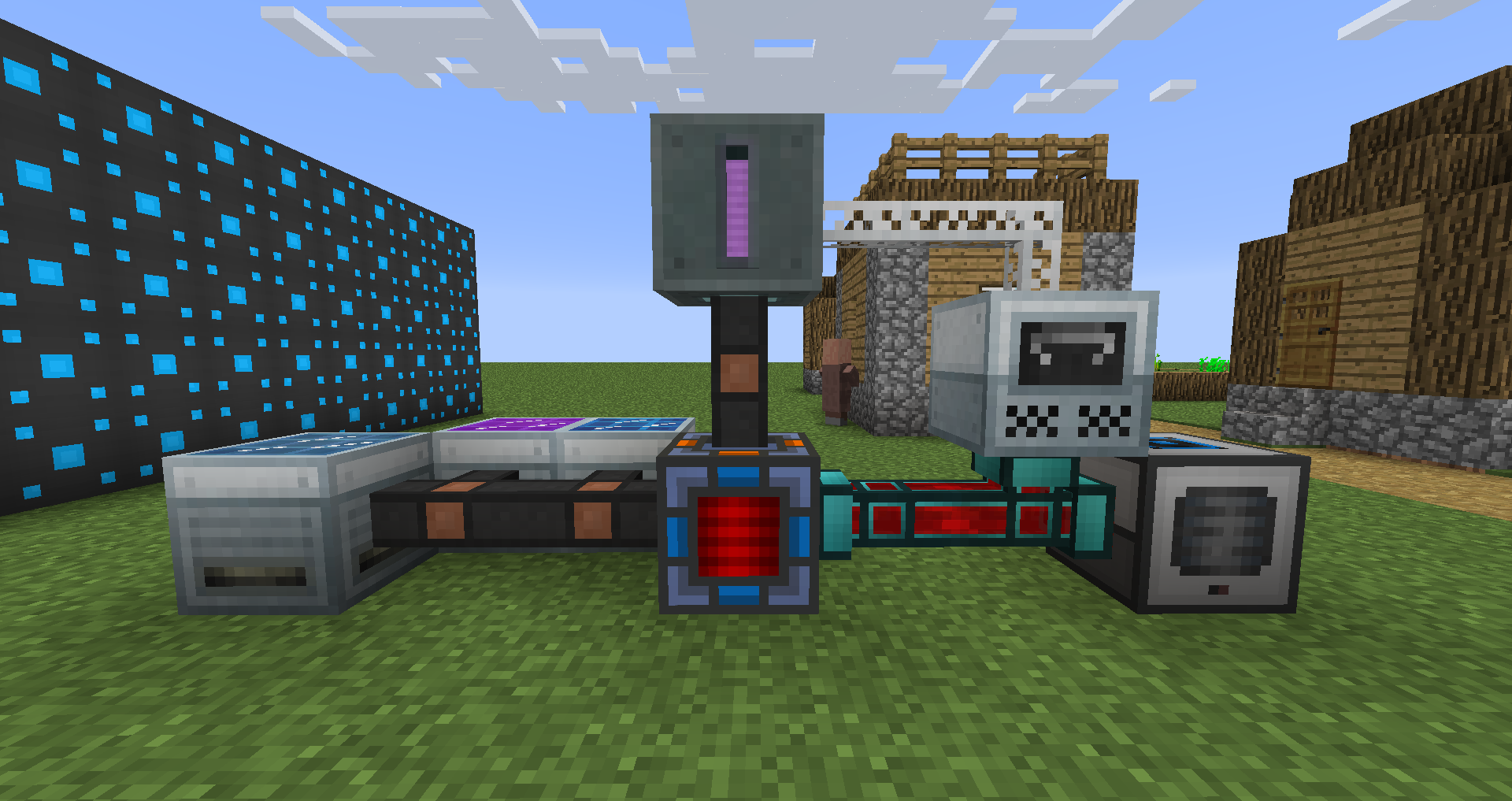 Thank you for this extensive report. I will definitely look up the possibilities of this and add new procedure blocks to support the FE in the future updates. Most likely not yet in 1.8.0 as we have quite a big todo list already, but I will definitely consider this addition.

I have done some research and the energy system you showed - forge energy packet - only supports global energy system - like a global variable of energy stored per world.

Some more research showed that this is not the case. FE is stored per block/item. More information:

This will be implemented in future updates for sure.

So we can expect this in future
Nice :D

I waited so long for this! :D

I can't wait for this to be implemented.

hey you can create a working energy system if you want --> https://youtu.be/iwQQSPbgdmc

Yes, this is a way of doing it, but we plan to add support for Forge Energy system which will be compatible with other mods.

Woo hoo! This will be AMAZING!

It could be a very helping hand, 'cause for now it's impossible automatizing processings and machines created with mccreator (i mean processings like Mekanism or Ender Io ones).

If it will be easier to install APIs on mcreator, we can use item transport for duct or fluid duct fluid or other APIs (which will be installed by mcreator in the mod folder of the forge folder testenvironmentmod for do not have java dependency problem or it will have to do it manually I know how to do it and config so far from tab code but beginners may not know it and I think you (developers) should add creates a API from Mcreator for example
You have two mod create on Mcreator:
I want to make a Ruby sword that uses the Ruby ores of another mod via API (for the craft)
but I found an external functional api with mcreator Connected Texture Mod created by chisel team to connect texture of the same type configured by an MCMETA file of the mod block that uses the API

how do I use the code of this power api on some machine of mine?

So when will this be added??

yes, Forge does have a fluid api:

Check out ceramics for an example:

But @Klemen when will this be added can you give me a rough timeframe?

It will be probably in 2.0 Look at the roadmap.

This is a friendly reminder for importing apis that aren’t build into mcr yet. Do not do it. It’s either complicated or doesn’t work at all. I’ve tried multiple ways to make RF work but no luck. Bc of the lock of the main Java file I can’t make it work as intended. So until we either get RF/FE support (RF and FE is the same power, after forge was allowed to implement RF into forge) or we get access to lock main file from being written/rewritten, until that we can’t make it work correct or at all. When either of that is happening I will make a tutorial on how to code the RF into you’re mod. In the case of it’s not getting added by code blocks :)

how do i implument a energy type in my mod using it?

For now you can use global variables to achieve this, you will be able to use FE system when we fix this ticket.

I suggest you check our tutorials collection playlist on our YouTube channel which contains many examples and tutorials that can help you get started with MCreator: https://www.youtube.com/playlist?list=PLAeL-oIFIEngE6jRgFYeFMfuj8WQsO3Ei

Look in the Custom Code Editor. Go to

And U C the "energy" var on the right side.

I understand that this topic is active, but it was posted almost a year and a half ago, im just wondering if it is still being worked on or will be coming out soon, by the way im am not trying to come across as rude or anything im just curious. Anyways keep up the good work @pylo

It will be released in one of the first updates coming in 2020.

Has this been implemented? Not per world because id like to use it on server and I cant do this if it isn't stored per block.

Is this still planned for a future update or is it no longer happening?

Hope this will happen so I can make tech mods~

So i know this might be a bit evil to do but i've actually gotten my own mod (made with Shadowmater435 as co-owner of the mod) to have RF and RF Cables.
Here: 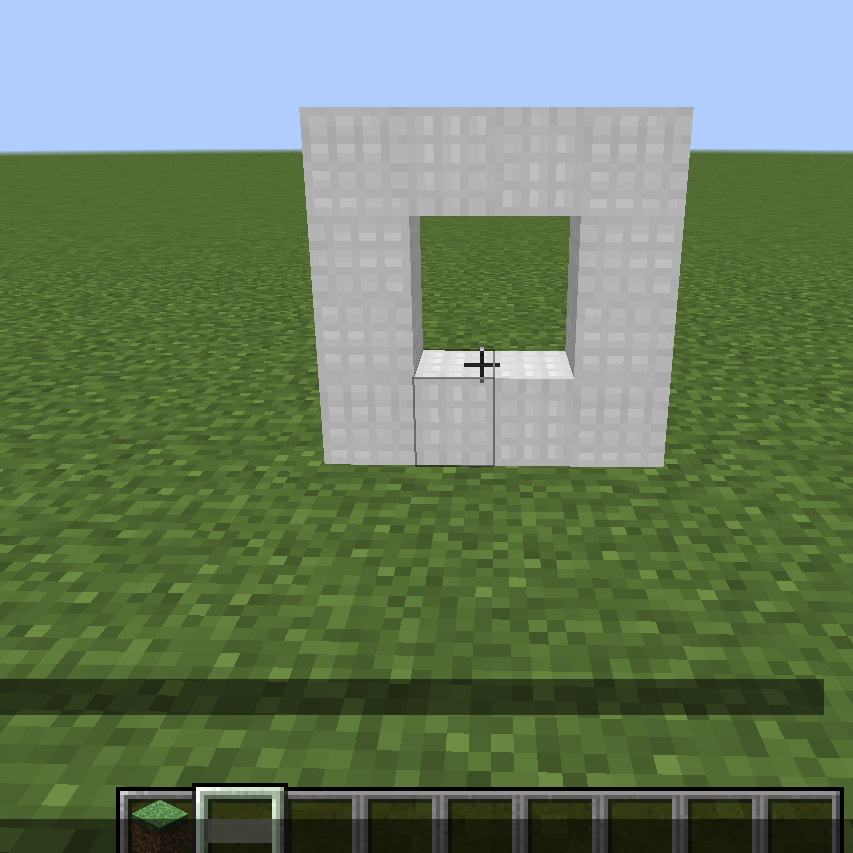 Please do a tutorial!!

People will properly h8 me bc of this now. But to Klemen and everyone else reading this the progress ShadowMaster435 and I have made is insane. Today i made our first RF connectable block! We know about the dev texture but the point was to get it to work at first. Have a look: 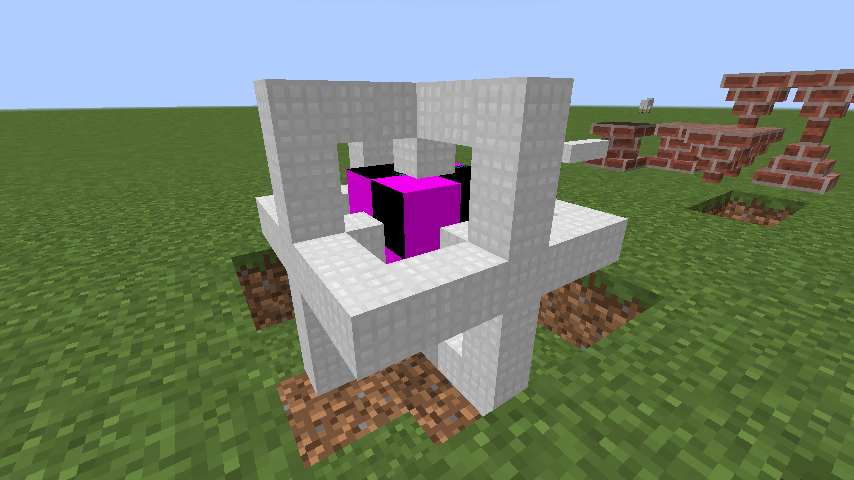 I know this will probably go nowhere, but is it planned for 2020.2?

Nice! I will wait for FE support tho, because it'll make it MUCH easier.

Also, is it compatible with RF and FE?

my system? yes as of RF and FE is basically the same by now. And make energy pipes in mcreator properly wont be easy. My API makes it easy as you don't have do the hard coding stuff. thats already done for you. With my API you have to add max 3 java classes with a max of 12 lines of the main part and 30 lines max on the common proxy. Easy as is.

it,s be a year

are you working on this

Hi, having a mcreator RF or FE system would be nice to make it work with other mods but you do know that you can use NBT data for a energy system already.

Currently I'm developing a tec mod atm using this system and it has worked very well once I got it working.

It's May now, and I want to know if this is still happening? It'd be a shame not to add it now. Please add it!

i will be so happy if this is implemented

I don't know what this means but it seems cool.

Renamed the ticket again to reflect current plans for this

But will you also allow us to make cables to move FE/Fluids and make machines that store items, fluids, and FE?

I could try to make a "plugin" for MCreator?

It would make the job easier for you not to do it and then you don't have to maintain it because i will.

Feel free to reply on this message.

I hope that it makes it in 2020.4 as well as Enchantments

I hope that it makes it in 2020.4 as well as Enchantments

This feature will be added in MCreator 2020.4. Closing now.

What about fluid system?

I have a question, will this be a new element, block option, or procedure? Not exactly sure on how it will be made.

Trolmaso: block configuration for energy storage and procedures for transfers and such. 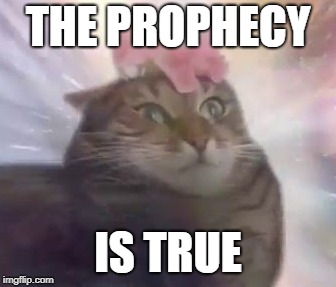 Amazing, can't wait to see what will the community do with forge energy :D

I can tell that 2020.4 is gonna be a really good  update, adding things that people wanted for years :)

Amazing, can't wait to see what will the community do with forge energy :D

We will see a lot of same kind of mods. So, surely almost only a block to generate the energy, a cable and few blocks to use the energy like a custom furnace or block like this.

We will see a lot of same kind of mods.

I see many mods that are already awesome that will not be able to add the compatibility layer for other mods.

Also with the number of procedures I added for energy (I literally covered the whole API), I see many interesting things that could be done, not only blocks that store energy but many other concepts of energy such as resistance, remote energy with combination with global variables or some loops and much more :D

We will see a lot of same kind of mods

Well, you won't see anything like that from me, as you would need to be a genius to know how to work it ;)

We will see a lot of same kind of mods.

Well, we might see a lot of very similar mods, but to add FE compatibility you probably have to know MCreator procedure system quite well so I doubt they will just copy each other.

I already imagine many mods adding different ways of generating and consuming energy. The worst thing it can happen is that the mods get theoretically different while actually being very similar, sharing the same concepts (just think of Industrialcraft, Thermal Expansion, Ender IO, etc.: they are very different but actually share the same ideas).

Also, there already are many mods that create advanced energy system by just using procedures, imagine what could they do with forge energy!

(and no, if you were asking, I will stay faithful to Red Mana XD)

(and no, if you were asking, I will stay faithful to Red Mana XD)

You could add some kind of proxy or converter block for users wanting to power your elements with FE generators. It would be great for modpacks :D

I might create an add-on which adds a block that turns FE into Red Mana and vice versa, thank you for the idea :D

There seem to be sync problems with them. Capabilities sync fix is being worked on based on Forge's GitHub.

Also a guide on FE I wrote: https://mcreator.net/wiki/ferf-energy-system

There seem to be sync problems with them. Capabilities sync fix is being worked on based on Forge's GitHub.

why don't you help pr to forge to help them fix stuff XD
You are a god at Minecraft, Forge, and java

I still don't get how to actually add RF to a block!

Receive energy to the block on the location of your block

Will Fluid and Energy bar be a thing in the GUI?