The last snapshot of one of the most important and anticipated update so far is here. In this pre-release version, we added some more features from the issue tracker.

This is the last snapshot of MCreator 2020.2 before the actual full release. This means it is the time to test out this version and report any bugs, so we get them sorted out before the big release. This was our main motivation for the snapshots too, to make the release cycle a closed feedback loop between you, the users, the community and us, the developers.

This snapshot was mostly oriented on getting some more features into the 2020.2 release. We have finally fixed some quite old tickets suggesting some neat features.

Major new features in this snapshot are highlighted with bold text.

Keep in mind that there are some bugs with remote workspaces in 2020.1, but they will be fixed in 2020.2. If you find any bugs still present in this 2020.2 pre-release, make sure to report them, though.

Make sure to tell us what you think about the update in the comments, report bugs of the snapshot and stay tuned. Keep on modding and consider donating to help us work on MCreator. Thanks :)

Nice, still need the Snow Glitch In Custom Dimensions fixed though https://mcreator.net/forum/58091/snow-does-not-work-custom-dimensions other then that, I like it

Temperature controls biome grouping, not biome features. You probably mean this ticket: https://mcreator.net/tracker/issue/57763 This will add a snow layer feature.

um that doesnt help, the problem is that in custom dimensions, if it is cold enough to snow, weather wont work at all, it works in the overworld, but in a custom dimesnion it doesnt, sorry if you misread it

Open a support ticket then and make a workspace with only one dimension demonstrating your problem. Try to do this quickly if you want to get this resolved before 2020.2, though ;)

this is a very amazing update!

No big features like the two last snapshots, you deceive me. (I know this is a lot of work. ;))

To be serious, it’s nice to see you have added some new features asked by the community. I can’t wait to test it tomorrow (because I have never my computer when you release snapshots xD), and find as many as possible bugs.
Otherwise, do you plan to make an update based on the community requests in the next updates?

Each update adds features from the tracker, no worries :D

does this snapshot already work for mod creation?

"work for mod creation" What do you mean by this?

I don't quite understand what you mean, mobs can be aggressive if you make them act like this.

What I mean is fireballs and wither skulls and stuff

Check this ticket: https://mcreator.net/tracker/issue/47086 But features of 2020.2 are mostly closed, this is a pre-release intended for you to test it before we release it to avoid having bugs in the release. After the actual release, only major bugs will be sorted out in a patch, other bugs will have to wait for 2020.3.

There should be a ’copy texture to block’ procedure block, for ease of mod making

In itself, I don't know if it has been fixed, but I would like to know if for this update I can already modify the speed factor of the swords, since it always stays at 1.6, I would like it to be increased or decreased

And well, I would also like a loading system for the bows, so you can change the texture of each load and manually modify the damage after each load.

On the other hand, I liked the new update and I like that they use the ideas of the community, their effort for this program is highly appreciated and, above all, I thank them for expanding the way of making a modification here, because over time I know they can do great things with Mcreator.

Thanks for a great program like this and thanks for giving mod veterans a chance to create a mod.

I don't know if you already have
request, but I would like that the texture of a block or element can also be modified with some specific action.

On the other hand, I don't know if the simple use of the Ore Dictionary will return, because while I was working on an update, I lost the progress of the recipes related to this, since I could no longer use wood from my mod as common wood, I don't know if I can do this with the current system, in which case I would like to know how :)

Ore dictionary system is now included in the new tag mod element. I suggest you check our tutorials collection playlist on our YouTube channel which contains many examples and tutorials that can help you get started with MCreator: https://www.youtube.com/playlist?list=PLAeL-oIFIEngE6jRgFYeFMfuj8WQsO3Ei

Is it possible that you can squeeze that small thing in the final update? :)

2020.2 has a closed feature queue (only bug fixes from this point) so I doubt I will do it, but even if I do not, one can make a plugin for this :)

I also thought about that but I don't know how. sooo i guess plugin making tutorials are coming, right? ;)

There are already tutorials: https://mcreator.net/wiki/section/mcreator-plugins

thank you so much! the slipperiness is available, i'm hyped for the final 1.12.2 release. 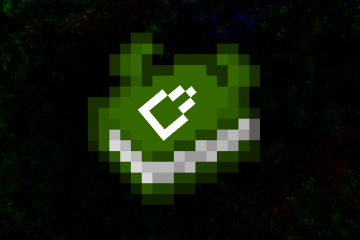