MCreator 2020.2, one of the most important updates with some big changes is here. Debranding, plugins, slabs, 1.15.x data packs just to name some. Read on!

One of the most important changes in this update is the option to completely customize your mod and remove MCreator branding. MCreator now allows full debranding of your mod (custom package name, custom credits text and no prefixes of class names). New simplified distribution terms are now in place too that do not require you to credit us and we do not impose any restrictions on the distribution of the mod. From the updated EULA:

The user is allowed to distribute their exported mods freely under their own terms or licensing. The user is required to abide any other laws, licenses, and terms that apply to them as a Minecraft mod/add-on author (e.g. Minecraft EULA, Minecraft Forge license, ...).

You are not required to credit us, but we still encourage users to spread the word about MCreator and consider donating to us, as only with your support we can keep this project alive and not stall it. 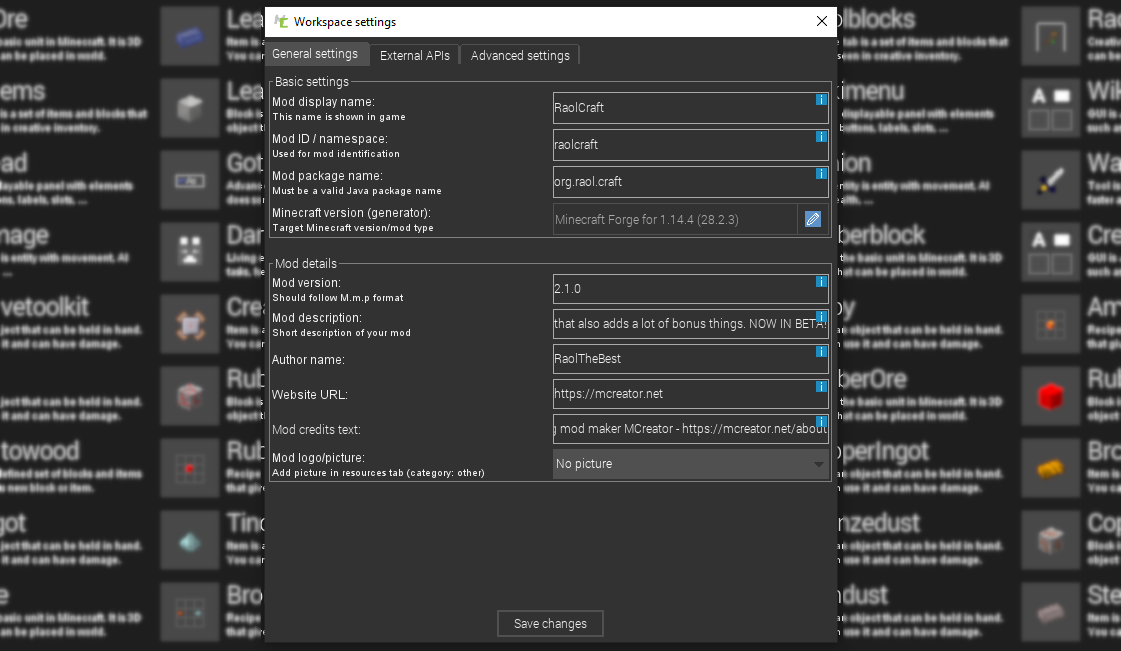 Another important new feature is plugin support. You can read more about plugins and see an open-source demo plugin to help you get started if you are interested in plugin development here: https://github.com/Pylo/MCreatorDemoPlugin

With plugins, we are giving the users the option to add new features in MCreator before we do or add functionality support for other APIs or similar. Right now, new procedure blocks, triggers, categories, AI tasks, AI categories, advancement triggers, and new code generators can be defined using plugins. Plugins can be seen as an "experiment" on how many developers willing to help and work on MCreator we have over the community too, to see if open sourcing MCreator in the future would make sense. 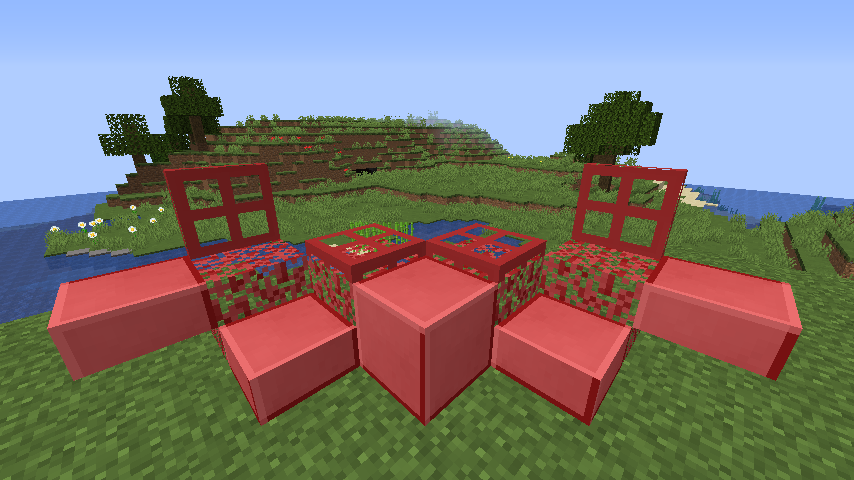 The following two issues were fixed:

Now custom mobs will properly attack the player if the do flight attacks AI task is added to the AI tasks list.

All currently supported data pack recipe types were added and are now supported in Minecraft Forge 1.14.4 and both newly introduced 1.15.x and 1.14.x dapa-pack generator. 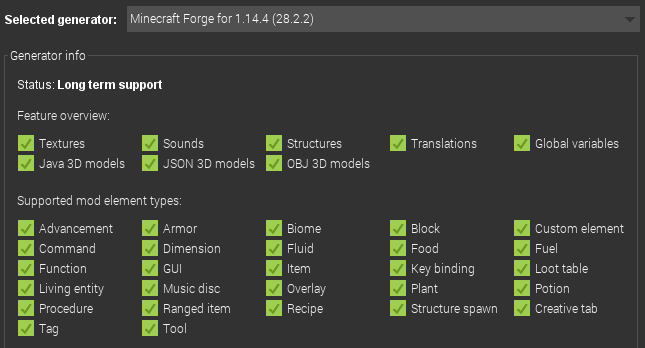 GUI editor got some improvements too. Now the GUI creation process is a bit more simple as definition of inventories and binding slots to inventories is no longer needed. GUI's do not need to be bound to a block anymore, now blocks bind to GUIs. Blocks bound to the GUIs offer to open them on right click parameter without the need of a procedure to do this.

GUI slot management procedure blocks now work properly with GUIs so things like crafting GUIs on item right click or bound to any other procedure are now possible. 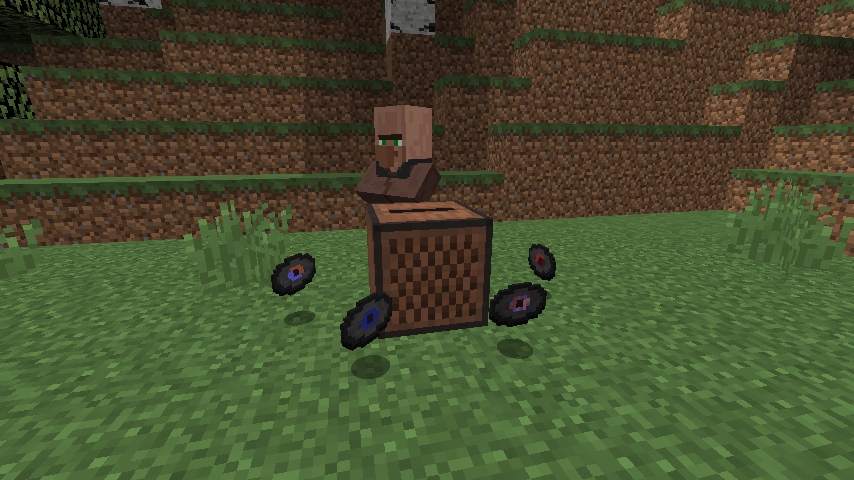 NBT tags can now be displayed in custom GUIs. An example of this new feature can be seen in our custom furnace we designed for this purpose. Stay tuned as we are working on some new tutorials on our YouTube channel, this furnace being one of them ;)

Another major improvement in this update is that now MCreator splits the generated code into proper packages based on the functionality of the mod element and even splits some mod elements into multiple classes. 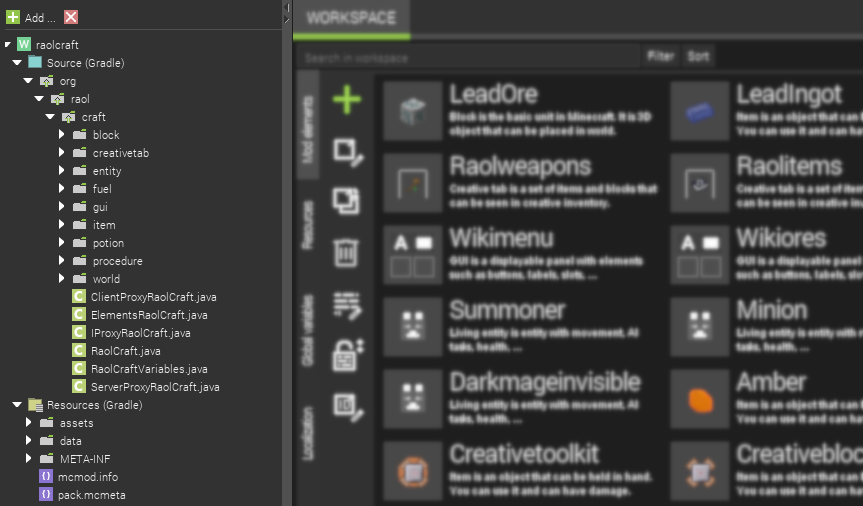 UPDATE: We have released a patch update to fix some bugs found in 2020.2:

UPDATE 2: We have released another patch update to fix some more bugs found in 2020.2:

UPDATE 3: We have released another patch update to fix some more bugs found in 2020.2:

To apply the patch (fix these bugs and get the listed features), download MCreator 2020.2 again and install it over the current installation. If you have update notifications turned on, you will be notified of this patch automatically.

We have decided to release three patches this time to ensure MCreator 2020.2 will work smoothly for all the users that might use it for 1.12.2 modding in the future. We are aware patches are annoying so we are already working in the direction of supporting in-app updates and patches in the future.

Well, I hope people will still credit us for our work, though.

I'll be crediting you, since you guys deserve the credit.

THIS SOFTWARE IS AMAZING. When I was 7 me and my friend made up a really cool mod that I couldn't do because Mcreator was so limeted back then But now about 90% of the mod is possible to make. Before it was only 10%.

Will I be able to monetize my mods? (Adf.ly links, or a paypal/patreon donation page?)

Read the Mojang's EULA to be sure, I am not a lawyer.

As you have said at the beginning if the news, it’s one or the most important and major update. Can’t wait to see what you will make in the future updates! Oh and PLUGINS! :D

I am glad to hear you like this update :)

What can i say....it's just.... PERFECT!!!
the best Update for the GUI, now i can make gui's without tutorials! thanks!!

well what can i say... The MCreator Team is the BEST!! thanks for these cool updates!

Thanks, you are welcome! :D

SLABS!
also the rebranding and mob features, but the slabs, decaying leaves, trapdoors have me giddy

Great to hear this!

I've been waiting for this update for quite some time <3 I love all the new features and thank you for all those important bug fixes! Now I can finally start adding things to my mod that I've wanted since the beginning! Thank you for all the hard work guys :) I will still be crediting MCreator for my mods in the future, you guys definitely deserve it!

in the next version would it be possible to add more animations? like the blazes legs moving around in a circle and wobbling, wings for the ender dragon, and some others

Blaze rod rotation is constant rotation and already possible, for wings you can use legs animation for example.

OMG that was so quick !! Thanks, MCreator Team!