MCreator 2020.3 is here. It adds more features than any update so far. These include 1.15.2 support, Bedrock Edition Add-Ons support, inventory items, and much more. Read on!

MCreator 2020.3 is the first version that supports making mods (Add-Ons) for Minecraft Bedrock Edition. This means that now you will be able to make mods for all supported platforms (Phones, Xbox, PS4, Switch, ...) with MCreator. There are some limitations to this as Bedrock Edition Add-Ons are still an experimental feature in Minecraft, but many mods are already possible. 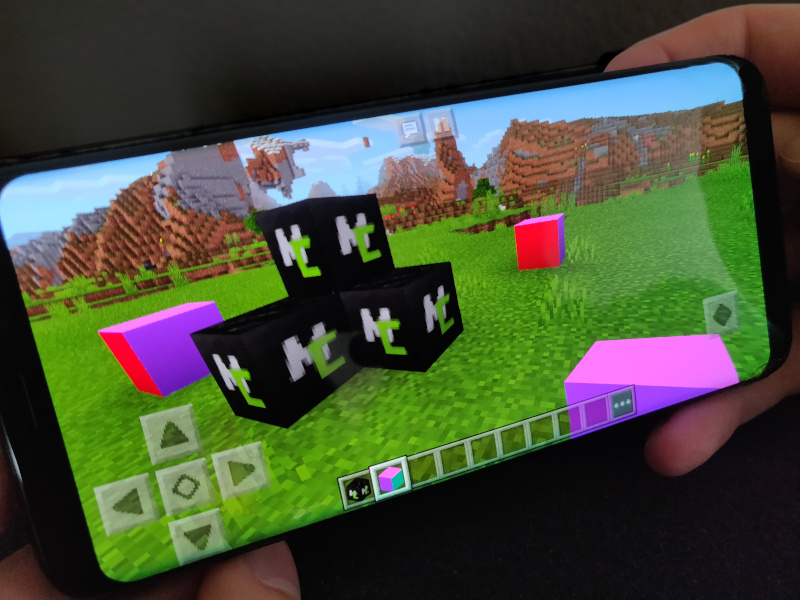 This update adds full support for Minecraft 1.15.2. You can seamlessly update your mods to support Minecraft 1.15.2 with just a few clicks. As now multiple workspace types are supported, we have revamped the new workspace dialog too.

This update introduces support for blocks with connected sides, similar to how to glass or ice blocks behave.

You can see new in-app help tooltips in action on the screenshot below too. Now almost all parameters and fields in the UI have in-app help available. 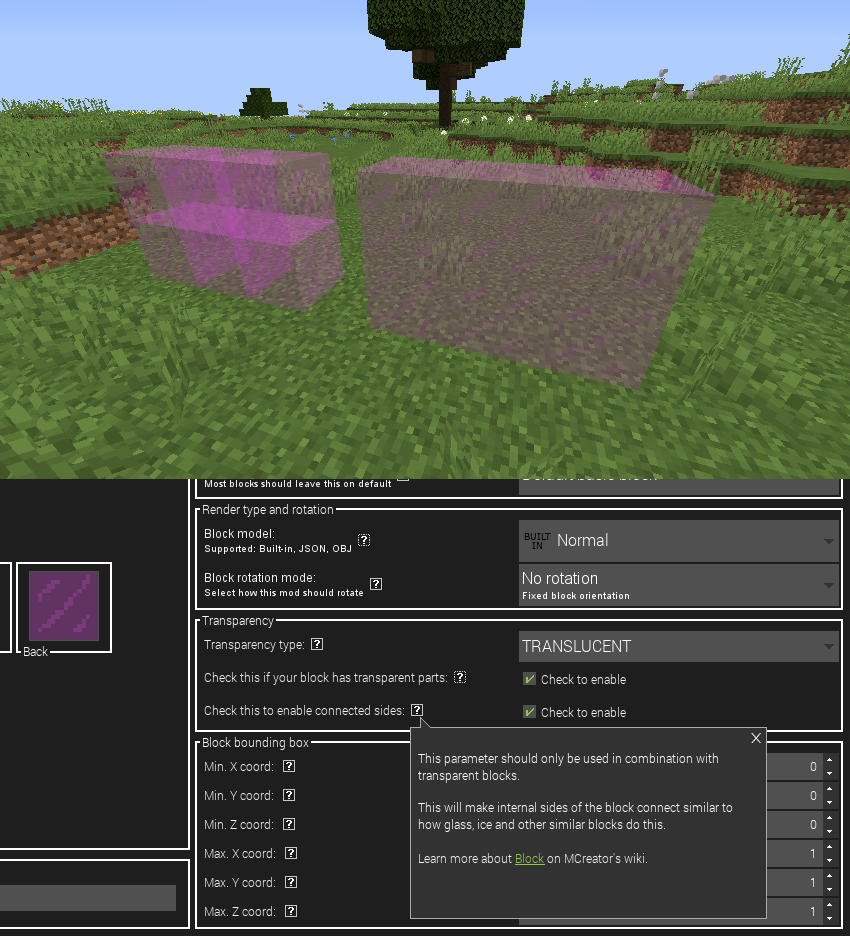 Another feature that was requested quite a few times is support for the glowing layer for custom mobs. A glowing layer is defined with another texture that controls glow amount based on the texture brightness. 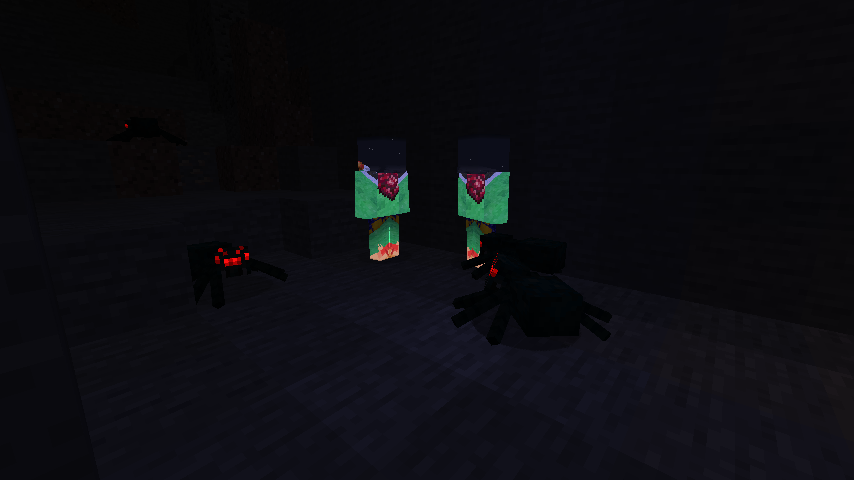 The most requested feature so far was added in this update too. Support for items with inventory, which makes mods like backpacks and portable furnaces possible.

We have added a glass pane block base that supports separate top and side textures for more customization options. 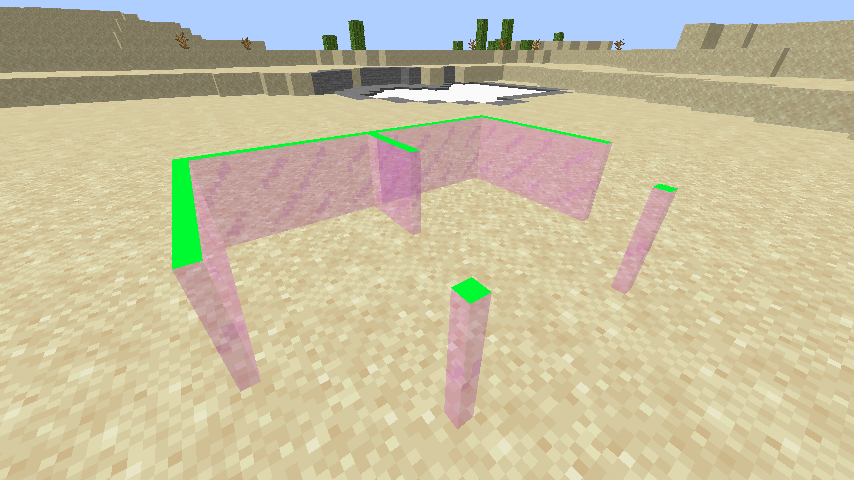 Source and target entity procedure dependencies are now supported. This means one can now detect both the entity that was hit and the entity causing the damage and run procedures on both of them, for example. 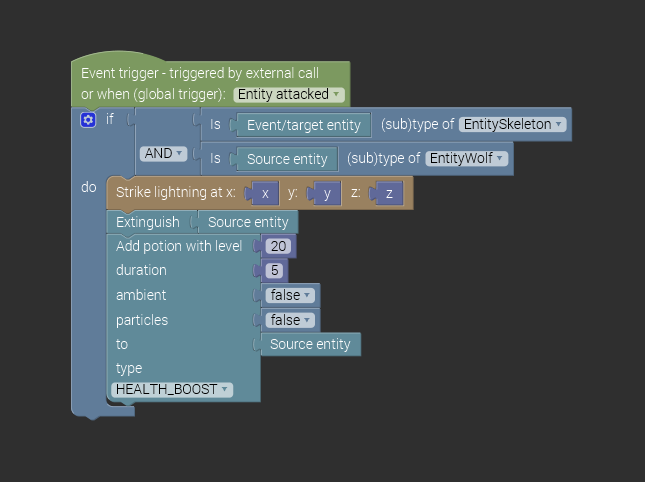 Key bindings now have a key released trigger. This trigger provides dependency for a variable containing the press time, so things like charge key bindings are now possible.

Support for both local and global itemstack variables was added. Now more complex crafting procedures and things like global chests can be implemented. 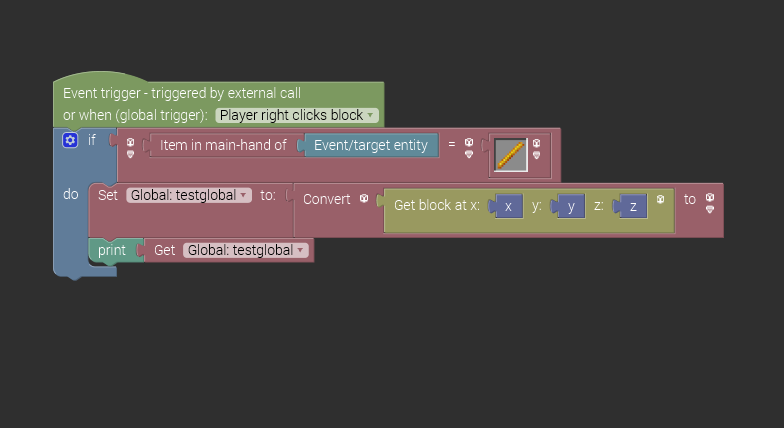 Items can now be converted to blocks. This is useful for machines like block placers that can now take an item from the slot and convert it to a block for placement.

MCreator now supports Discord Rich Presence. When you have Discord open, MCreator can now show the current workspace you are working on and its type. You can disable this option in preferences in case you don't want it too.

We have added support for Fabric mod loader based generators too. There is no official generator at this time, but we have worked with contributors Goldorion and crispy_chips1234 that work on the community-based generator plugin for Fabric loader. You can support, test, and help with their work on the forum topic for their plugin or on the project GitHub page.

At this point, I would like to thank all contributors who helped on the path to this update again. Especially to Goldorion who wrote a lot of in-app help tips for this update, to KantroActual for contributing in-app help tips, to Goldorion and crispy_chips1234 for working on a Fabric plugin and for cooperating with me on improving plugin support, to NorthWestTrees Gaming for providing up-to-date quality tutorials, and to all users who contributed in one way or another, be it helping and answering questions on the forums, writing wiki pages, donating or simply reporting bugs ;)

Make sure to tell us what you think about the update (and what your favorite new feature or bug fix is) in the comments! If you like what we do, consider donating to help us keep this project up.

UPDATE: We have released a patch update to fix a critical bug found in 2020.3:

UPDATE: We have released another patch update fixing some (minor) bugs found in 2020.3:

I didn’t write the in-app tool tips for the pre-release. I’m a Wiki contributor. xD I will try to make them this week or this weekend.

Is there a way to know what some of the new features do? (the ones without the tool tips). It has a link to the block making site, but it is not updated just yet to 2020.3.

I didn’t make tool tips for features of the pre-release as i wanted to do something else, but I will try to update the Wiki as quickly as possible.

did i just hear the sacred word?

You are welcome! I hope it will be a nice present for your return ;)

Oh my God! This changelog size

Yep, I was not aware I made it that big until I posted this XD

76 features, changes and bugfixes. It’s the biggest changelog from the 1.8.0 I think (only few more things xD)

Waited for this a lot! I wish you good luck in the development. It's just amazing how much work you guys do!

Thanks. You are welcome! :D

I hope 1.16 of Minecraft releases soon, so the Forge for 1.16, So we will be able to add nether biomes and all!

There are errors in the installation, for C\ProgramFiles\Pylo\MCreator\jdk\bin\java.exe

same for java.dll, management.dll or lot of other things .dll

Reboot your computer before installing it. There is bug in 2020.2 uninstaller.

Reboot, uninstall, reboot, install 2020.3 is the best way to do this, when uninstalling 2020.3 this will no longer happen.