The big 2020.4 update is out! It adds a lot of important new features such as enchantments, conditions, entity inventories, and much more, including many big bug-fixes. Read on!

The top-voted feature in the tracker in the time of 2020.4 development is here. Enchantments. Define new enchantments and use them as modifiers for your procedures.

A new mechanic was added to procedures. Conditions. Use procedures that return values to conditionally spawn structures, ores, entities, use portals and ranged items, and more.

One of the uses for conditions is AI tasks of custom living entities too. Use conditions to conditionally start or continue execution of specific AI tasks.

Duplicating portals and portals not working properly bugs were fixed. Now portals support teleportation of any entity in 1.15.2 and are much much faster. Check the video below for a demonstration.

Two new block bases were added: doors and fence gates. If you want your doors to have iron-doors like logic, set their material to iron. 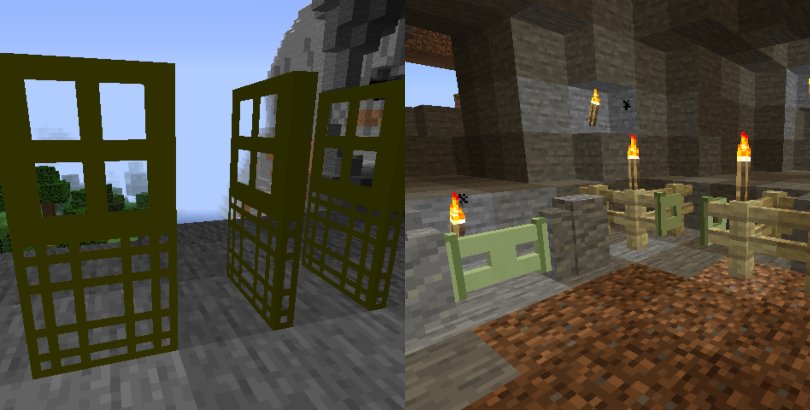 Another feature added in this release is entities with inventory support. One can now bind custom GUIs to entities and the items from GUI slots are bound to the internal inventory of your custom entity. Procedures to manage slots at specific IDs of the entity were added too. They support vanilla entities as well.

The entity in range procedure

Another important addition to MCreator with this update is support to get the nearest entity of selected type in a given range or test for its presence. You can convert entities to items now too, which is demonstrated below in the example below.

Entity NBT is not synced to clients so player NBT could not be used in overlays. To overcome this problem, we added player variables that are synced to clients properly so you can use this new variable type to add things like custom hunger, mana or other properties to the players. 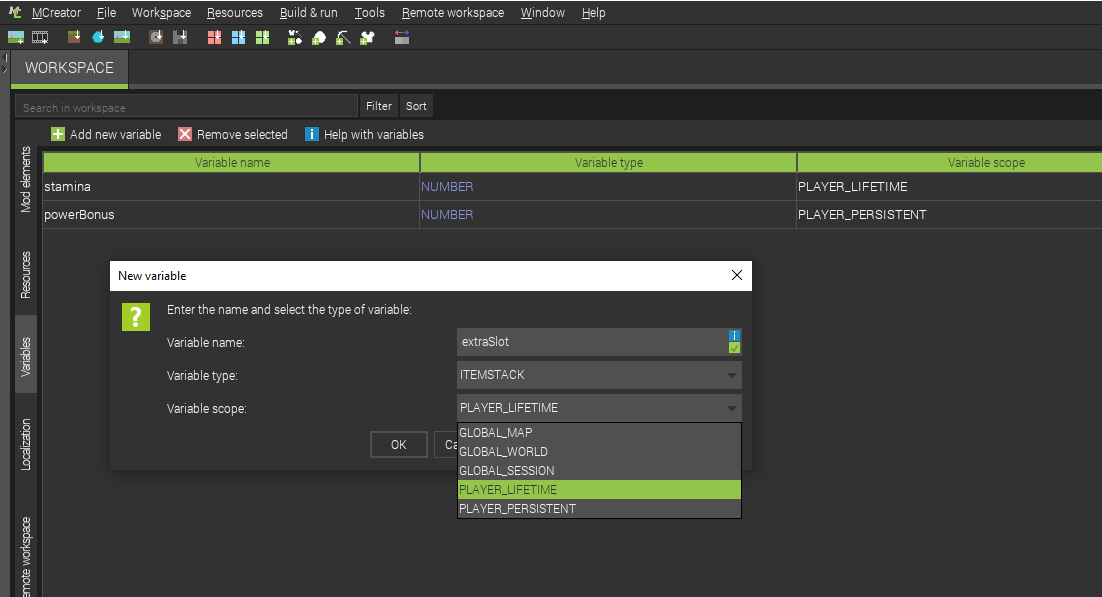 Option to enable light-emissive block rendering was added. Now you can make blocks that visually glow in the dark similar to the magma blocks in Minecraft. 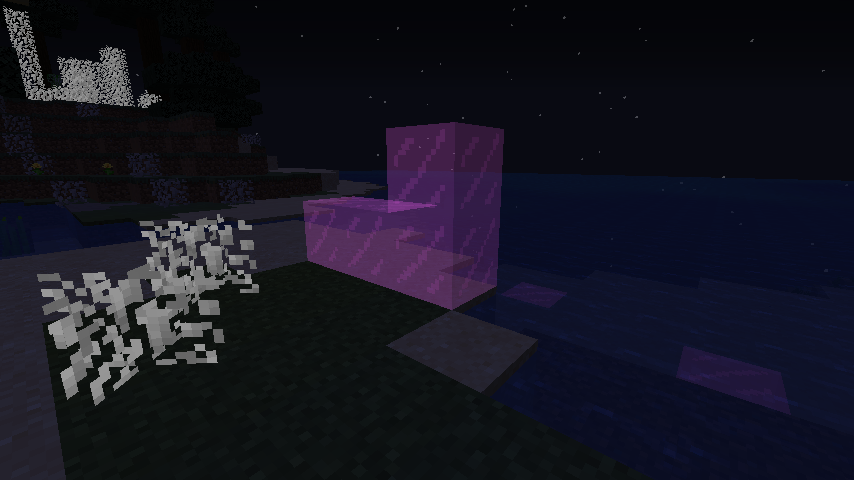 UI received some refreshing changes. A new list view mode was added to the workspace browser. Biomes and living entites now have representative previews based on their colors in the mod elements list.

New previews were added to many drop-down selectors such as advancement selector, texture selectors for living entities, armor textures, bullet textures, and more were added. 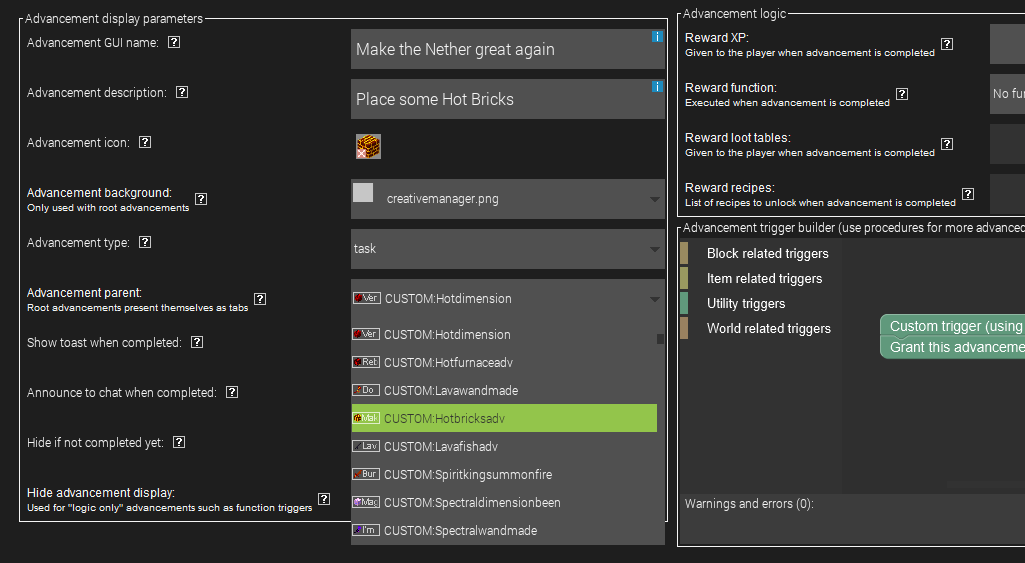 There have been quite some plugins made for MCreator already, including Fabric modding API support and Spigot plugin generator. Therefore we decided to make a new website section dedicated to plugin sharing. Check out the plugins page.

If you would like to see all the most important features of the 2020.4 update collected in a video, check it out below.

UPDATE: We have released a patch update to fix two bugs found in 2020.4:

To install the patch, re-download 2020.4 and install it again.

Quick question, is there a way to slow down the rate of fire for ranged mobs?

You could use timers and conditions for this.

the word with asterisk in it is swear..

Yes, indeed it is a swear. The Dev responded with "Thanks!" so it's not like against the rules to have a censored swear word

Although swear words should be avoided on this website, here it was in a positive context so I let it slip, but in a negative context, they are not ok in any case.

It probably is one of the biggest ones indeed :)

how do you make the gui energy bar ?

OK this update is huge!

You can stop to make the biggest update each time. xD Can't wait to see what the next will bring to MCreator (I hope the open-sourcing will be one of the features)! And one more time, great job!

It just happens, thanks! :D

wow. this looks pretty amazing. can finally make my own villager, and doors for all my wood types

It is here! Awesome!! Thank you for this update! :D